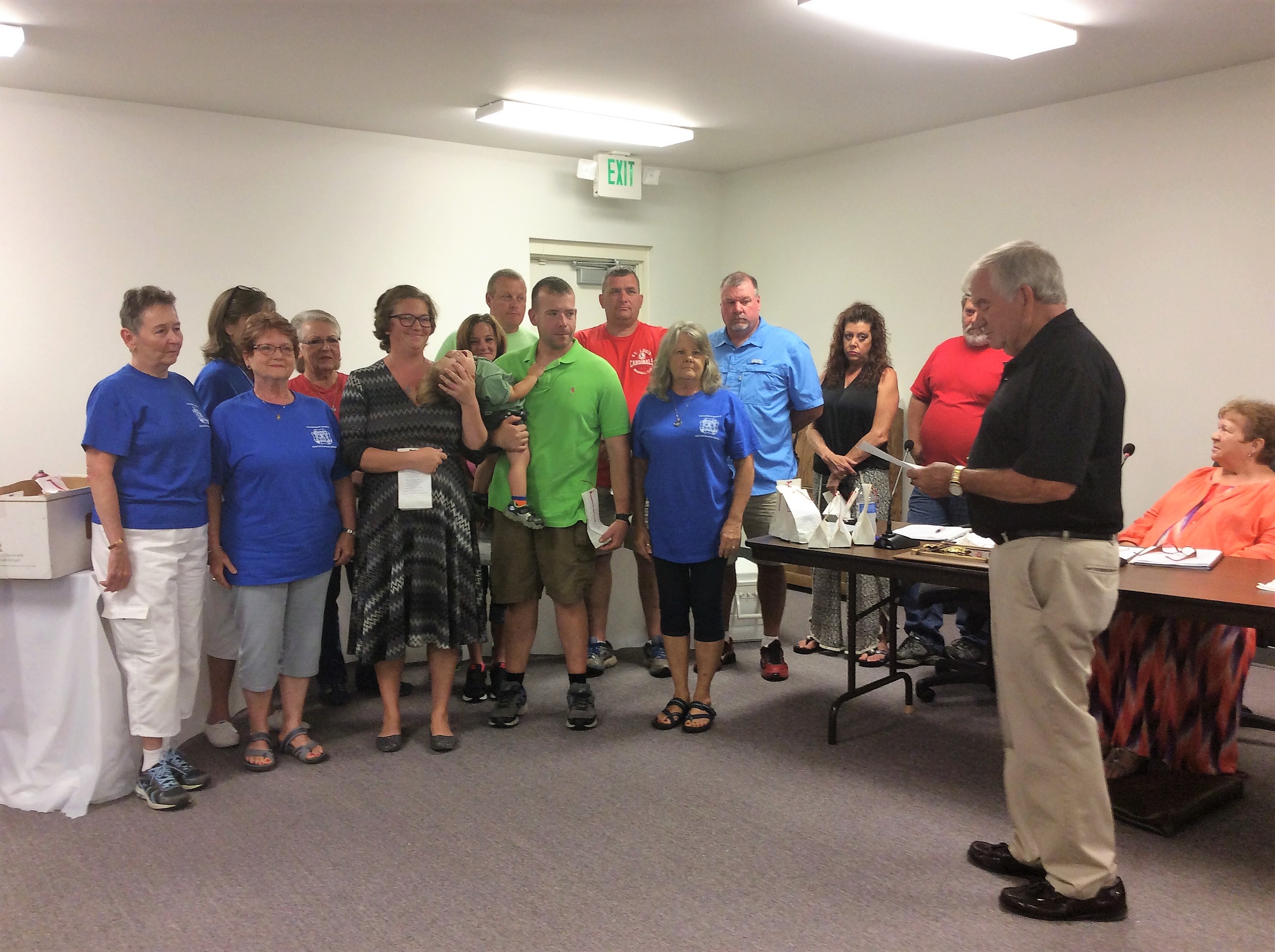 HOLLY POND – The Holly Pond Town Council took the opportunity at this week’s meeting to recognize the town’s volunteer fire department for its 50th anniversary. Before the meeting began, a reception was held for the firefighters. Councilman Paul Brown presented the Holly Pond Volunteer Fire Department with a plaque commemorating 50 years of service, and members of the Veterans of Foreign Wars Auxiliary gave out small goodie bags to all the volunteers who attended.

Whereas, fighting fires is one of the most hazardous professions, requiring physical strength, stamina, excessive training, courage, and selfless concern for the welfare of our citizens; and

Whereas, in addition to their daily duties, firefighters routinely put themselves in harm's way to serve our community; and

Whereas, our firefighters serve as community volunteers with no anticipation of pay for their services above the gratitude of our community; and

Whereas, the Town of Holly Pond owes a tremendous debt to those who, on a continuing basis, protect the citizens and property of this town.

NOW THEREFORE IT IS PROCLAIMED by the Mayor and Town Council of the Town of Holly Pond, Alabama that today, August 7, 2017, is HOLLY POND VOLUNTEER FIREFIGHTER DAY and commend all who serve.

In meeting business, the council:

-listed lights in town that needed repairs and considered additional lighting for certain roads in the future.

-expressed concern over vandals stealing road signs and the possible havoc those actions could wreak on emergency responders who don't know the area well.

-considered a piece of property adjacent to the school that could be used for development of a storm shelter or senior center if the school does not buy it.

-approved the local 4-H archery team to use the park's tennis court for practice.

-introduced Allan Turner as the primary operator at the water plant, listened to problems caused by last month's heavy rainfall and considered solutions for the future.

-authorized Oliver to sign all necessary paperwork regarding the storm shelter project.

-discussed hiring someone to help fill out address reports for the upcoming census.

-called a special meeting for Monday, August 21 to work on creating the FY 2018 budget; considered holding special meetings every two weeks until budget is finalized.

-set the date for the Christmas parade and Cards in the Park as Saturday, Dec. 9.