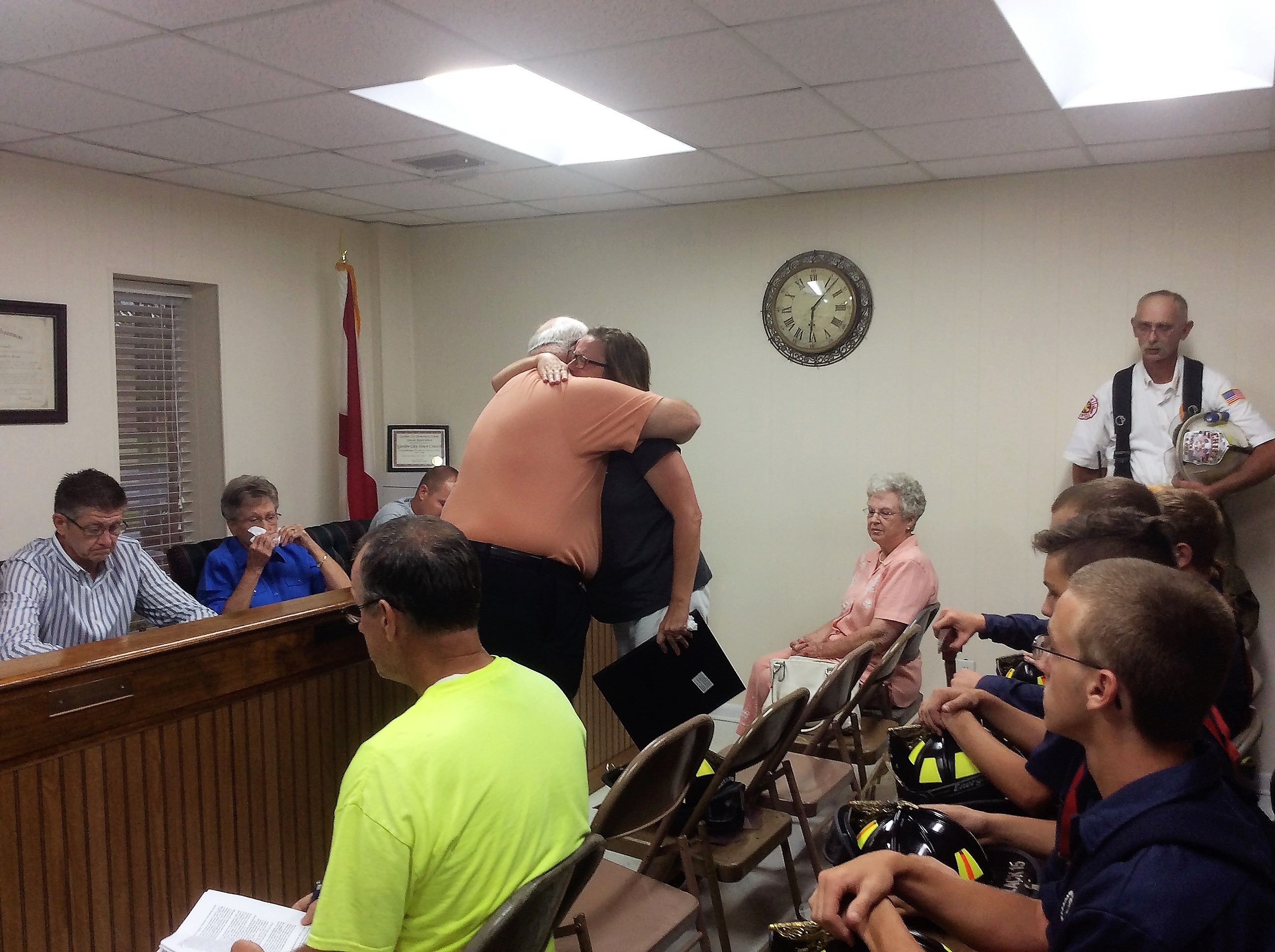 GARDEN CITY – After the tragic loss of one of their own last month, the Garden City Town Council's meeting room was packed with people who came to honor the memory of Gene Norman. Miles Eugene "Gene" Norman passed away on June 12 from a sudden heart attack. The council found three ways to honor him and his wife, Karen Norman.

Rep. Corey Harbison, R-Good Hope presented Karen Norman with a certificate in Gene's memory for his service to the community. Next, Garden City Fire Chief Steve Ohls, along with several of the volunteers, stood and presented Karen with Gene's firefighter helmet, saying that his number was retired in honor of his passing. Finally, the council passed Resolution No. 2017-375, and mayor Tim Eskew presented Karen with a framed copy of the resolution.

The resolution, which was announced at the previous meeting, reads as follows:

WHEREAS, it is a great sadness to the town of Garden City, Alabama to lose one of its important and distinguished citizens; and

WHEREAS, Gene Norman was a faithful Councilmember of Garden City’s Town Council from 2012 to 2017; and

WHEREAS, Gene Norman was a faithful member of Garden City’s Planning Commission from 2002 to 2017; and

WHEREAS, Gene Norman served selflessly as a volunteer firefighter for Garden City’s Volunteer Fire Department for several years; and

WHEREAS, Gene Norman was greatly loved and respected among those who knew him, both personally and professionally; and

WHEREAS, the Town of Garden City extends its most sincere condolences to Gene’s family and friends; and

NOW, THEREFORE, the Town of Garden City fondly remembers our friend and fellow Councilmember who will be tremendously missed.

-Reported that donations for the cemetery were up due to decoration; also mentioned troublemakers stealing flowers from graves

-Motioned to repair a retaining wall on Highway 31