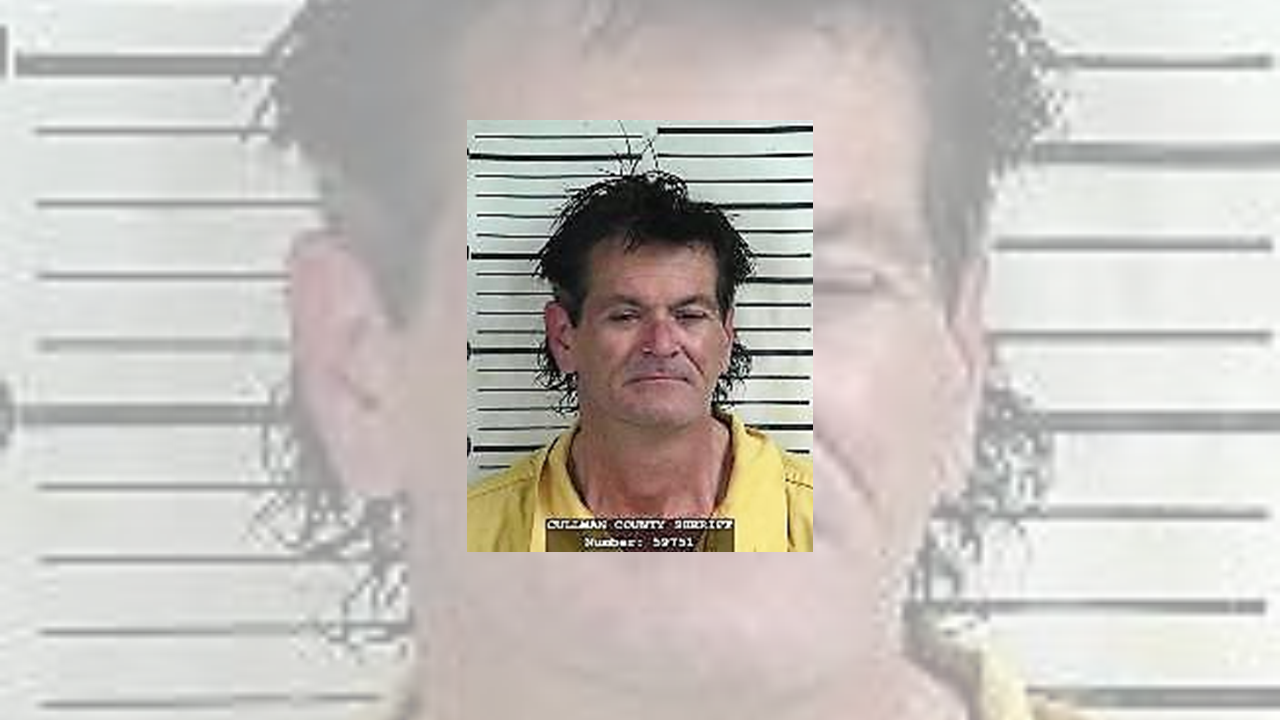 CULLMAN – A west Cullman neighborhood was startled awake minutes past midnight on Monday, June 19, when two rifle shots rang out from a house near the intersection of Jackson Street and Jackson Drive near the Cullman County Health Department.

Neighborhood resident Timmy G. Twilley, 49, was taken into custody by Cullman Police, charged with domestic violence and person forbidden to possess a firearm. Later that morning, his live-in female companion Lesa Jordan filed for and received a protective order against Twilley, claiming a history of abuse, particularly in the last two days before the incident.  Jordan, who is disabled, claims that Twilley was heavily intoxicated when he allegedly beat her severely and fired two shots at her and her service dog inside the house they share.

Neither Jordan nor her dog were injured by gunfire, but Jordan was transported to the Cullman Regional emergency room for treatment of injuries sustained in the beating.

Neighbors, who asked not to be identified for their own safety, supported Jordan’s account.  They also claim that, despite his previous felony conviction, Twilley maintained a large personal collection of firearms.

The neighbors’ account of events on the night of June 18 agreed with the alleged victim’s claim on the protection order request that police officers had come to the home around 8 p.m., but did not disarm Twilley.  According to the neighbor, the officers said they could not find any information on him in their system.  Instead of arresting him on that first visit, they took him to a local hotel.  He returned home around 11 p.m., soon resuming the behavior that led to the second call to police at 12:09 a.m., and ultimately to his arrest.

Cullman Police Sgt. Adam Clark said, “When officers went the first time, around 8, nothing had really happened at that point. Twilley was intoxicated, and the officers thought it would be best for them to be separated for the night. They took him to the Economy Inn, where he was going to stay the night.”

Twilley apparently decided not to stay the night and instead left the motel and returned home. Clark said he didn’t know how Twilley got home, whether on foot or if he got a ride. Twilley told Clark the next day that he couldn’t remember the events of Sunday night.

“We got another call around 12:10 a.m. from the neighbor and the victim’s mother that he had returned and was at the house,” said Clark.

“Sgt. Chuck Shikle and officers Brandon Patterson, Clint Sanford, David Brooks and Philip Botelho all responded then. They talked to the victim, who said he (Twilley) had beat her.”

At that time, Twilley was arrested for domestic violence.

Clark says there was evidence all around the house that shots had been fired. The CPD recovered two AR-15s, four handguns and one shotgun from the scene. A background check at that time revealed that Twilley has a 1999 conviction for manslaughter, and he wasn’t allowed to possess a firearm, leading to the additional charge of person forbidden to possess a firearm.

As to why a background check wasn’t run at the time of the first call, around 8 p.m., Clark says that no crime had been committed at that time. Twilley was intoxicated, so officers removed him from the situation and placed him in the motel. “You don’t usually run a criminal history when a crime hasn’t been committed,” said Clark. “I think they did what was right.”

Twilley was taken to the Cullman County Detention Center, and was assigned a $21,000 cash bond.

“My heart breaks for her (Jordan).  We thought he (Twilley) was just running his mouth; we were never expecting something like this.

“We know our neighbors, we love our neighbors, and everyone looks out for each other.  This has always been a peaceful neighborhood.  I would never have imagined something as devastating as (Sunday) night would have happened.”