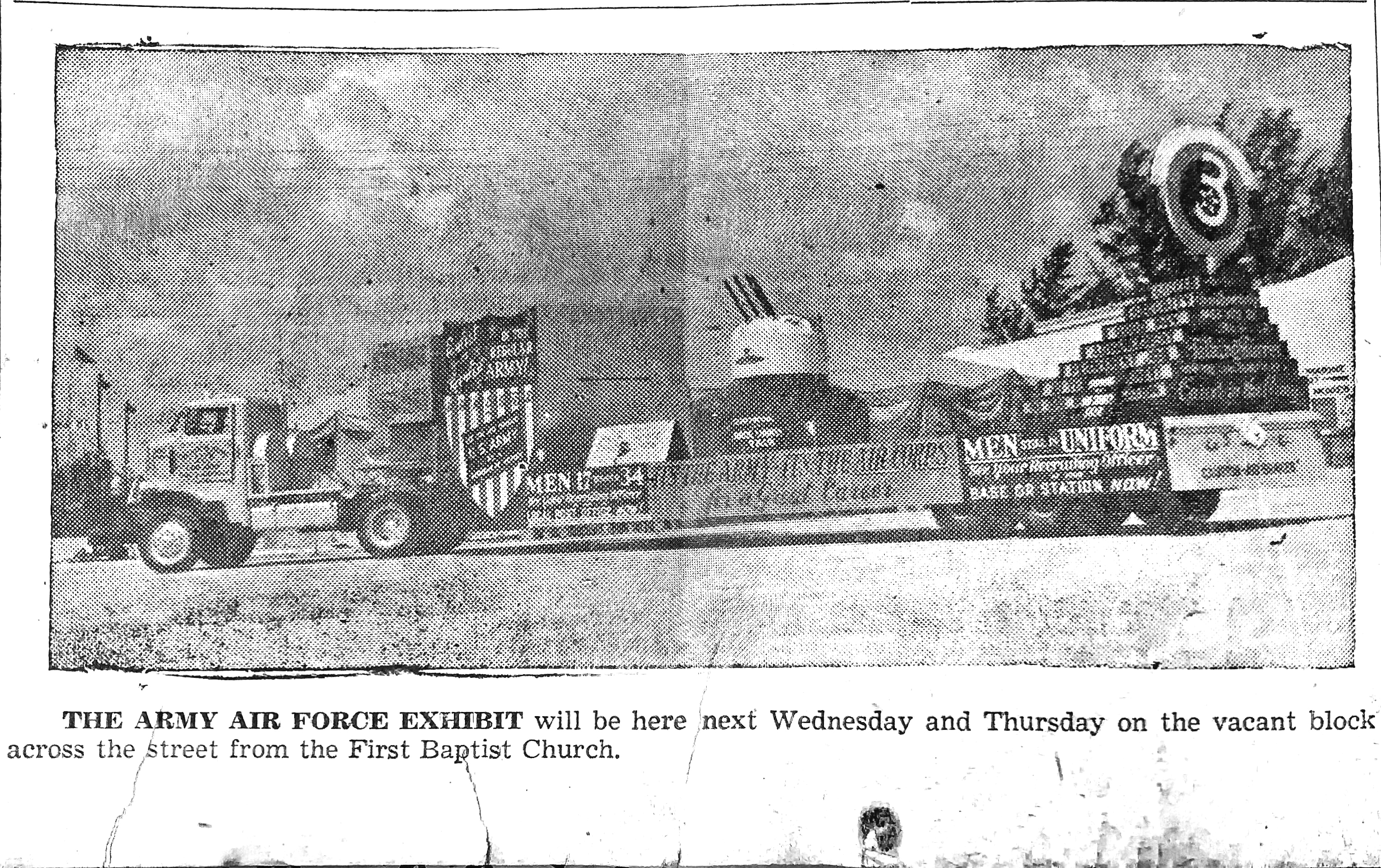 One of the trailers used at the Air Force exhibit / June 6, 1946 Cullman Tribune

On June 12-13, 1946, Cullman played host to the Air Force’s Air Force exhibit.  The exhibit was overseen by Capt. Bill Metz, and displayed items relevant to the Air Force, such as radar equipment, uniforms, navigational equipment, parachutes, rescue equipment, B- 29 operation, emergency survival kits, cameras, a plane dropboat, movies that featured the Air Force and even a plane engine.

The air show was set up on a vacant lot across from First Baptist Church, and was free to attend. Some of the highlights of the exhibit were considered to be the navigation exhibit, the photographic exhibit, the B-29 exhibit and the radar trailer. In addition to the displays, a large number of Air Force members were on hand to answer questions.

Air Force Capt. Warren E. Reid was quoted in the June 6, 1946 Cullman Tribune as saying about the exhibit: “After being shown the marvels of radars, B-29 operation, photography, navigation and other new developments, you will leave the show feeling as though you had just been through an Army flying school.”

The B-29 exhibit- presided over by Lt. Rex Carpentier, Corporal Tony DiStefano and Sgt. Wright- featured information about the B- 29 Superfortress combat plane and even included the nose, tail and engine from a B-29 plane.

The photographic exhibit- presided over Sgt. Donahey and PFC Buddy Berkey- displayed the types of aerial and ground cameras used by the Air Force.

One of the most popular exhibits from the air show was the radar trailer, where various radar equipment was displayed. The radar display was overseen by Lt. Hayward House and Technical Sgt. Medlin, and included a demonstration of how the radar devices on display worked.

One of the last displays at the air exhibit was the dropboat, a type of boat carried under B-17 planes and parachuted to air crews stranded at sea.