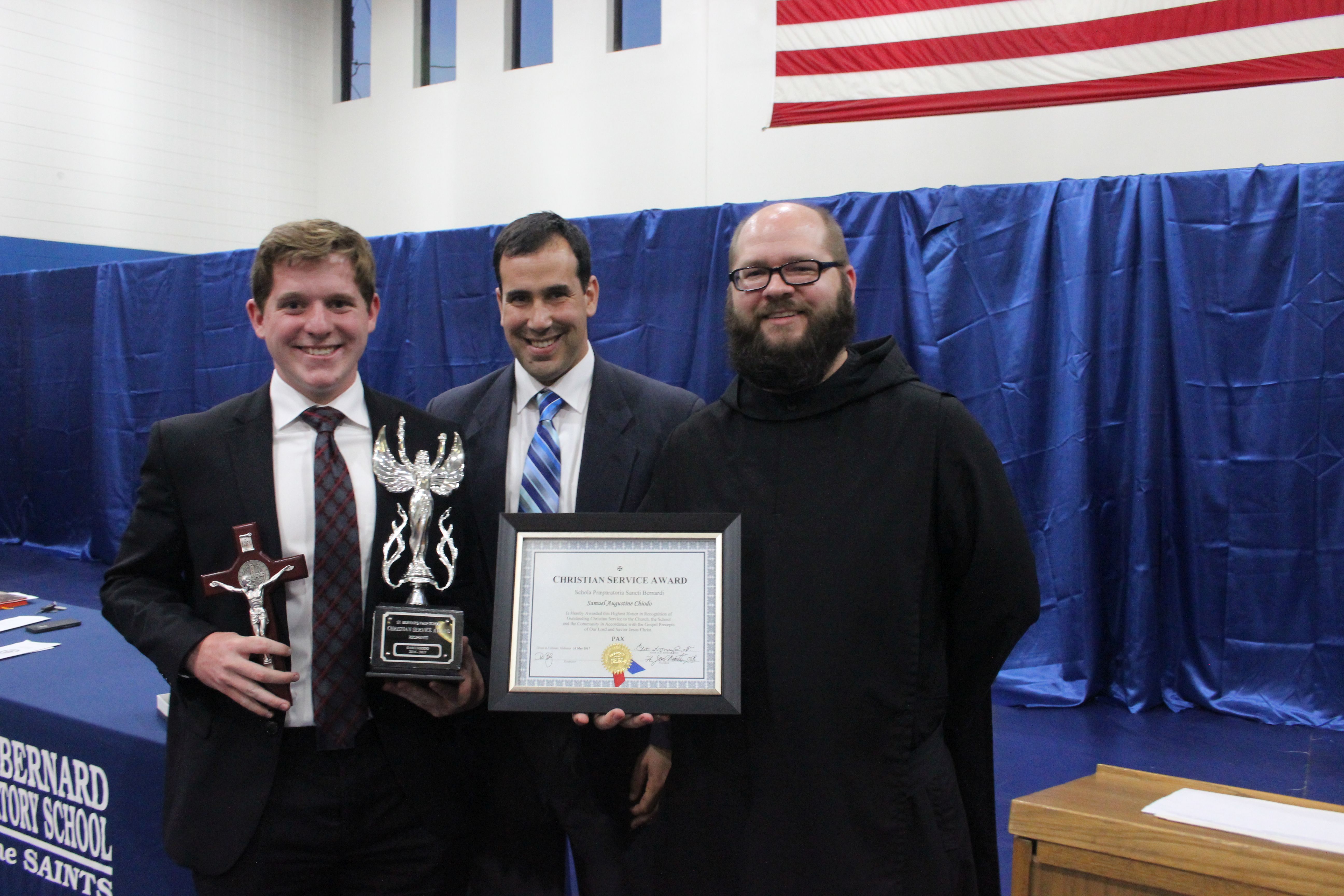 CULLMAN – At ceremonies held in the Fazi-Richard Athletic Center on May 11, 2017, students of St. Bernard Preparatory School were recognized for their outstanding academic achievements during the 2016-17 academic year. Headmaster Dan Baillargeon opened the evening with prayer and served as master of ceremonies. Mary Mayo, the school’s guidance counselor, assisted him and the teachers during the presentation of awards.

Students, parents, faculty and friends were enthusiastic in their applause as eight college representatives and other organizations presented scholarships totaling more than $6.4 million to this year’s senior class of 40 students. Students received awards in all areas of academics and were highly commended for their hard work and dedication.

Following the academic awards, St. Bernard Prep President, Fr. Joel Martin, honored the Knights of the Altar and recognized the Supreme Knight, Arnel Calinao, for his willingness to coordinate the assignment of servers for the many liturgical events during the year. Calinao introduced the 2017-18 Supreme Knight, Christian Peterson, who will provide leadership during his senior year at St. Bernard Prep.

The Christian Service Award is the highest non-academic award that St. Bernard Prep can bestow upon a student. To be nominated for the award, a student must be of outstanding character, striving to live according to the difficult way of Christ. In addition, he or she must live a life characterized by Christian love shown through one's daily good example of true selflessness and by working for the good of individuals and of the community. Important qualities include: have goodness of character and behavior, show respect to all people, and volunteer time and talent. The Christian Service Award for 2017 was presented to Sam Chiodo.

The Benedictine Medal of Merit Award recognizes the student whose life is characterized by Christian love shown through one's daily good example of true selflessness and working for the good of individuals and of the community. Important qualities include: goodness of character and behavior, respect shown to all people, volunteers time and talent. This award exemplifies the Benedictine way of community life, prayer, work and study. The Benedictine Medal of Merit was awarded to Paul Schartung.

In closing, Father Joel thanked the parents for entrusting their sons and daughters to St. Bernard Prep and for their support throughout the school year.

A reception concluded the events of the evening.