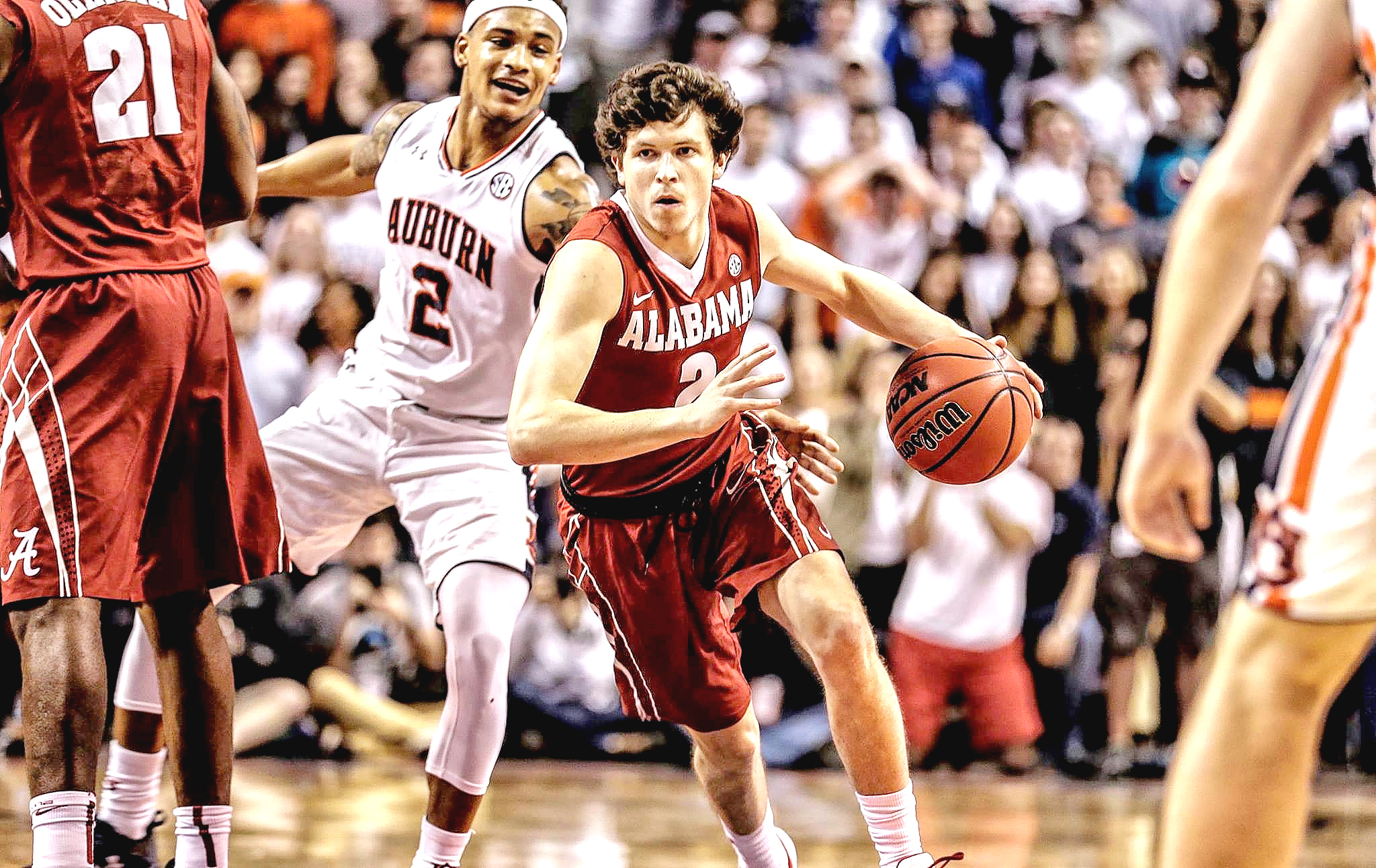 TUSCALOOSA – Cullman native Lawson Schaffer may not get the same number of minutes with the University of Alabama, but that doesn't mean that the former Bearcat standout can't deliver in an impact situation.

In Alabama's final game of the regular season at Coleman Coliseum last week, Schaffer was inserted into the lineup in the first half. The sharpshooter connected on a 3-pointer that inspired the Tide to take the lead over Ole Miss by halftime, going on to top the Rebels 70-55.

His basket inspired the crowd and teammates; Ole Miss was never the same after Schaffer showed them what he could do in a clutch situation.

"That sparked us and got us going," teammate Dazon Ingram told The Tuscaloosa News after the game. "He's a fan favorite and when he hit that three, the crowd went wild and got us all going."

Alabama coach Avery Johnson said earlier before the game he planned to put Schaffer into the lineup for the first half following a media timeout. "I told them I was going to put Lawson into the game and this was no joke," Johnson remarked. "So I did. It didn't hurt us. He made the shot which was huge for us.

"So my Twitter page was going to blow up with people from Cullman telling me I should have done this all year."

The victory by Alabama propelled the Tide to a fifth-place overall record in the SEC with 10 wins in 18 games. An improvement from 2016 with the Tide optimistic of making a run into the tournament this week in Nashville, so they can continue well into the month of March.

Schaffer and the rest of his Bama teammates got additional exposure from the SEC Network as it aired "SEC Inside" on Saturday afternoon.

The network went behind the scenes with Alabama in its recent four-overtime win at South Carolina and followed the Tide on a workout Feb. 22, a day before they faced the University of Georgia at Coleman Coliseum.

Schaffer is well remembered for his days at Cullman High School as the Alabama Sportswriters Association Class 6A player of the year, a two-time all-state performer, Cullman High's all-time leading scorer with 1,997 points and MVP of the Mitch Smith Yuletide Classic his junior season.

Schaffer's popularity with the Alabama student body came into play in his freshman season, once the Tide entered their conference schedule.

"It's actually the craziest thing I've ever seen in my entire life," Schaffer said in an interview with AL.com in February of 2016. "It's not like I'm anything to cheer about. I don't know, it's the weirdest thing. It's awesome at the same time because it makes you feel like you're part of something great…"

The roar of the crowd on March 1 was loud as ever and the end result was Alabama getting control of the game and beating a very competitive Ole Miss team that is seeded a position behind the Tide, because of the Alabama triumph.

Schaffer and the Tide will play at Bridgestone Arena Thursday against the winner of the Mississippi State-LSU game. A victory sends the Tide to the quarterfinals with a matchup against No. 4 seed South Carolina.

Schaffer takes advantage of the opportunity to come back to Cullman when he can during the season. He visited with the Tribune at the Holly Pond Thanksgiving Tournament on Thanksgiving night and reflected on the current status of being a member of ball club that competes in the ever-popular SEC.

For Schaffer, it's like a dream. A chance to put on a collegiate uniform and appear in venues like Rupp Arena, Thompson-Boling Arena, Auburn Arena, Stegeman Coliseum and the Pete Maravich Assembly Center is rewarding for a young man who blends the passion of the game into hard work every time he's out there for practice or a game situation.