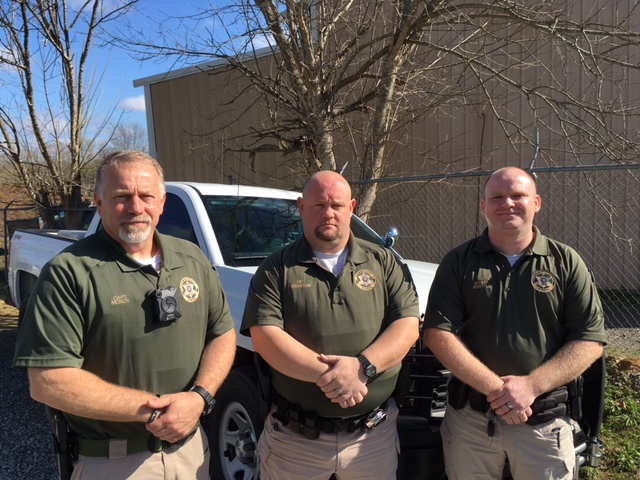 CULLMAN – The Cullman County Animal Shelter takes in a wide variety of animals, from kittens and tiny lap dogs to livestock.  But what happens then?

The shelter has 33 kennels, plus a small outdoor pen for livestock.  It takes in an average of around 2,300-2,500 animals per year, mostly dogs.  Of those, roughly half are what Animal Control deems adoptable: they are not sick, injured, aggressive or feral.  Of the approximately 1,200 adoptable animals, up to 40 percent will get adopted or claimed (in the case of lost pets).  That is fewer than 500, and Animal Control records show that the number of adopted strays and claimed lost animals is often between 300 and 400.

This means that around 2,000 animals per year, up to 900 of them adoptable, are put down annually at the shelter.  The number sounds horrific, and conjures up frightening images of what might be lurking behind the shelter’s doors.

There are no monsters.  There are people faced with an overwhelming and often unpleasant task.  They are happy when their efforts have a positive outcome, but they are realistic about the odds.  The Tribune visited the shelter, met some of the staff, and talked with Animal Control Director Capt. Tim McKoy and Sgt. Chris Westmoreland.

What they have to do

The shelter staff and Animal Control would like to see lots of happy animals leave the shelter with delighted owners, but the odds are against many of them.  It’s all about the numbers: 33 kennels, 200 animals per month.  The majority of animals entering the shelter will die there.  The staff is realistic about it, but no one seems to like it.

McKoy explained, “The shelter staff, they really work hard to get as many animals adopted and claimed, and to the rescue groups as possible.  They’re very diligent in doing that.  But it’s just a matter of numbers, ultimately.  It’s certainly not the shelter staff’s fault.  It’s irresponsible owners who are at fault, for allowing animals to range freely, be bred or have a litter of puppies unwanted.  That’s where the problem lies.”

Animals may be picked up by Animal Control, or citizens who live in Cullman County can drop them off, as long as the animal is not sick, pregnant or aggressive.  Westmoreland was careful to point out that dropping an animal off does not cost anything, and that dropping off at the shelter might be preferable to letting an unwanted animal become a nuisance.

Westmoreland stated, “We say that to keep people from taking it down to the creek and dropping it off.  There’s other options.”

What they want to do

When stray animals are brought in, the shelter staff is required to hold them for seven days, to see if an owner will come looking.

“That’s ultimately the goal,” said McKoy, “to get these animals back to their owners.  There’s not as many stray animals as people would think.  A large percentage of them are owned; they just got lost.”

The shelter maintains a Facebook page, where people can view photos of recently acquired animals, to see if their lost pet is among them.  For people whose animals have not been found, or those who have picked up an animal, pictures and notices can be posted online, and a bulletin board in the shelter office has been set aside for lost and found posters.

After seven days, the animals become county property.  Then they can be put up for adoption.  The Animal Control and shelter staff want to see animals get adopted and leave the shelter happy and healthy.

McKoy shared, “We’ve got a very aggressive adoption program, which helps a lot.  We get a lot of animals going out.  We work with a lot of the groups like the Cullman Area Animal Welfare Association (CAAWA) and rescue groups, and they pull from the shelter.  And we have a high number of claimed animals; that helps as well.

“We work with a lot of different rescue groups, and a lot of these animals go up north.  They go up north where they have such strict laws (to protect animals), that’s why they’re getting all these animals from the south.  And that’s a great thing: we’ve got them, and they’re adopting them.  That’s real good.”

Through online sources like Facebook, the staff has seen adoptions from as far away as New England.

McKoy explained what happens when someone finds their dream pet at the shelter:

“They come and they look, they choose an animal and they adopt it.  They do the paperwork here.  The next morning, that animal goes to the vet of their choice, where it’s altered, vaccinated, they get 45-day free pet insurance, and it’s microchipped.”

So far, 2017 is looking like a better than average year.  The shelter is able to boast a year-to-date adoption rate of 51 percent among adoptable animals.  It may not seem high, but it’s moving in the right direction.