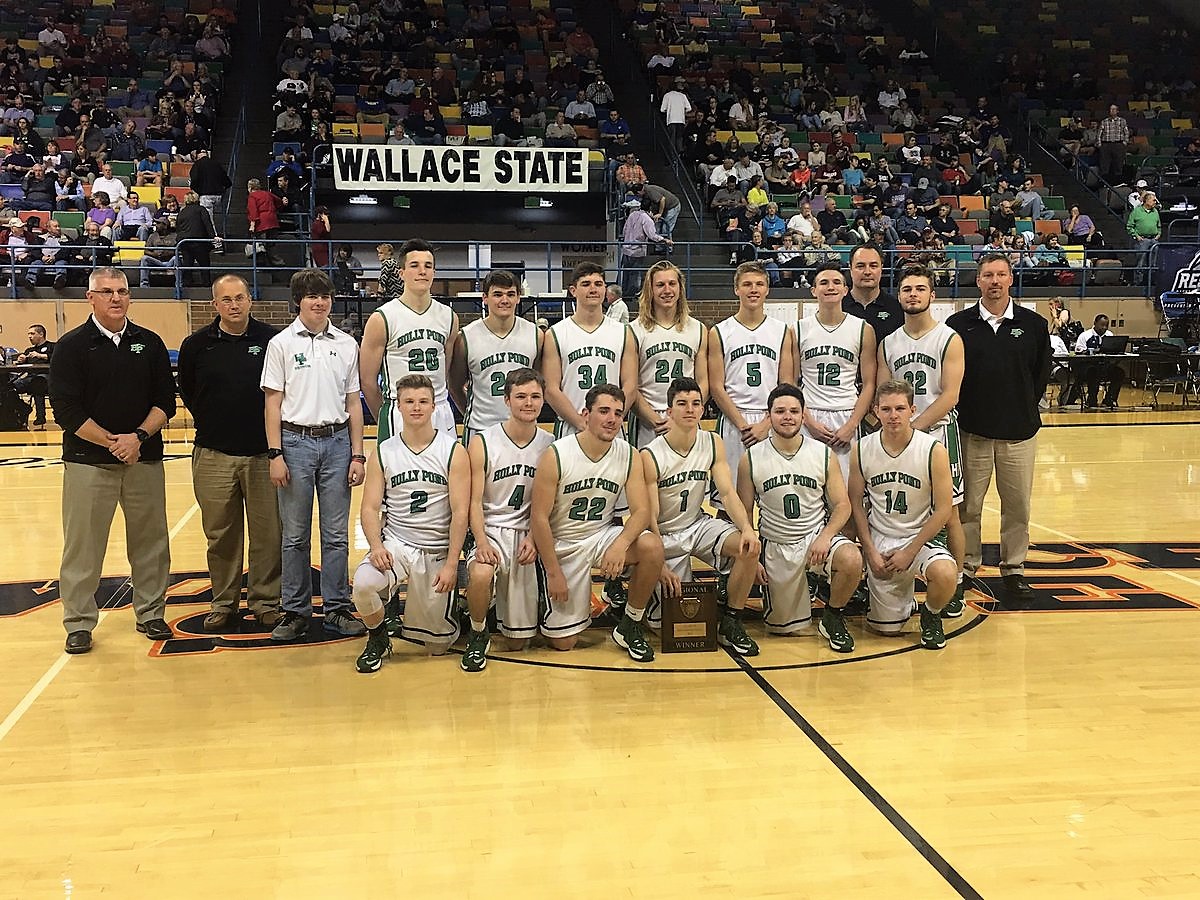 BIRMINGHAM – A highly anticipated matchup between the top two ranked basketball teams in Class 3A of the Alabama High School Athletic Association is set to take place Tuesday morning at 10:30 at the Legacy Arena inside the Birmingham-Jefferson Civic Center.

Midfield and Holly Pond were No. 1 and No. 2 once the rankings were released in December and stayed that way when the final poll took place prior to the start of the playoffs. Now the two schools come center stage with a trip to the state championship hanging in the balance.

It has been a magical season for Holly Pond. A team loaded with senior talent, the Broncos have gone through the opposition in a dominating way with 32 victories against one defeat.

Holly Pond has a 16-game winning streak entering the Final Four and an impressive 30-0 record vs. schools in the AHSAA. The Broncos' only setback was to Meigs County, Ohio in a tournament in Pigeon Forge, Tennessee right after the Christmas holiday.

Most of the results by Mitch Morris' Broncos were one-sided, with the games well in hand by halftime.

In the playoffs, the Broncos crushed Susan Moore and Locust Fork in the 3A, Area 11 Tournament, then trounced Carbon Hill 123-50 in a sub-regional game, scoring an unbelievable 72 points after two quarters.

Holly Pond finally got a test the Broncos needed. In the Northwest Regional semis at Wallace State, Lauderdale County gave the squad a good scare, with the game being decided in the final seconds.

Bailey Smith hit four free throws late that protected the lead and the Broncos fought off a squad that was just 13-15, winning by the final margin of 71-66.

Locust Fork got a chance at a rematch with the Broncos in the championship. It was the closest result for four games between the two teams.

Leading 33-25 at the half, the Broncos broke open a tight game on a 19-1 run in the third quarter and never looked back. Holly Pond reached one of its goals; a trip to Birmingham was waiting for them after they downed the Hornets 65-42.

Drew Jones overcame a foot injury he suffered in the contest with Lauderdale County by scoring 25 points on 9-of-18 shooting and was selected the regional MVP. Jones has enjoyed a great senior season, being selected the winner of the Joe Shults Award during the Cullman County Tournament and scoring on a consistent level of around 20 points a game.

Smith, all-tournament in the county and the regional, provides the Broncos with another scoring weapon from the perimeter.

The Broncos also count on plenty of quality plays from the likes of Griffin Morris, Dawson Foust and Matt Cahoon, who complete the starting lineup.

Cahoon had heads turning on a thunderous slam dunk in the fourth quarter of the regional final. Cahoon is a three-time indoor high jump high state champion and displays his athleticism at different locations on the floor.

Midfield is 26-6, coming to Birmingham as champions of the Central Region. The Patriots have won 13 in a row and destroyed Montevallo 101-63 in the regional final at Alabama State University in Montgomery.

The Patriots were led in the contest by 5'7" freshman guard Kameron Woods, who scored 41, hitting six treys to put on an impressive performance. Senior Shyim Cunningham had a hot hand as well, delivering 27 to the scoring tally.

Like Holly Pond, Midfield has dominated its opponents in large margin victories. The closest game the Patriots have gone through lately was a 53-49 triumph against Parker on Jan. 14 in Birmingham.

The winner of this semifinal gets the winner of the semi between Hillcrest-Evergreen and Plainview. The 3A championship is set for a 2:15 tip-off on Friday.

The Holly Pond game will be carried live on WKUL Radio (92.1) for those not available to attend the contest.