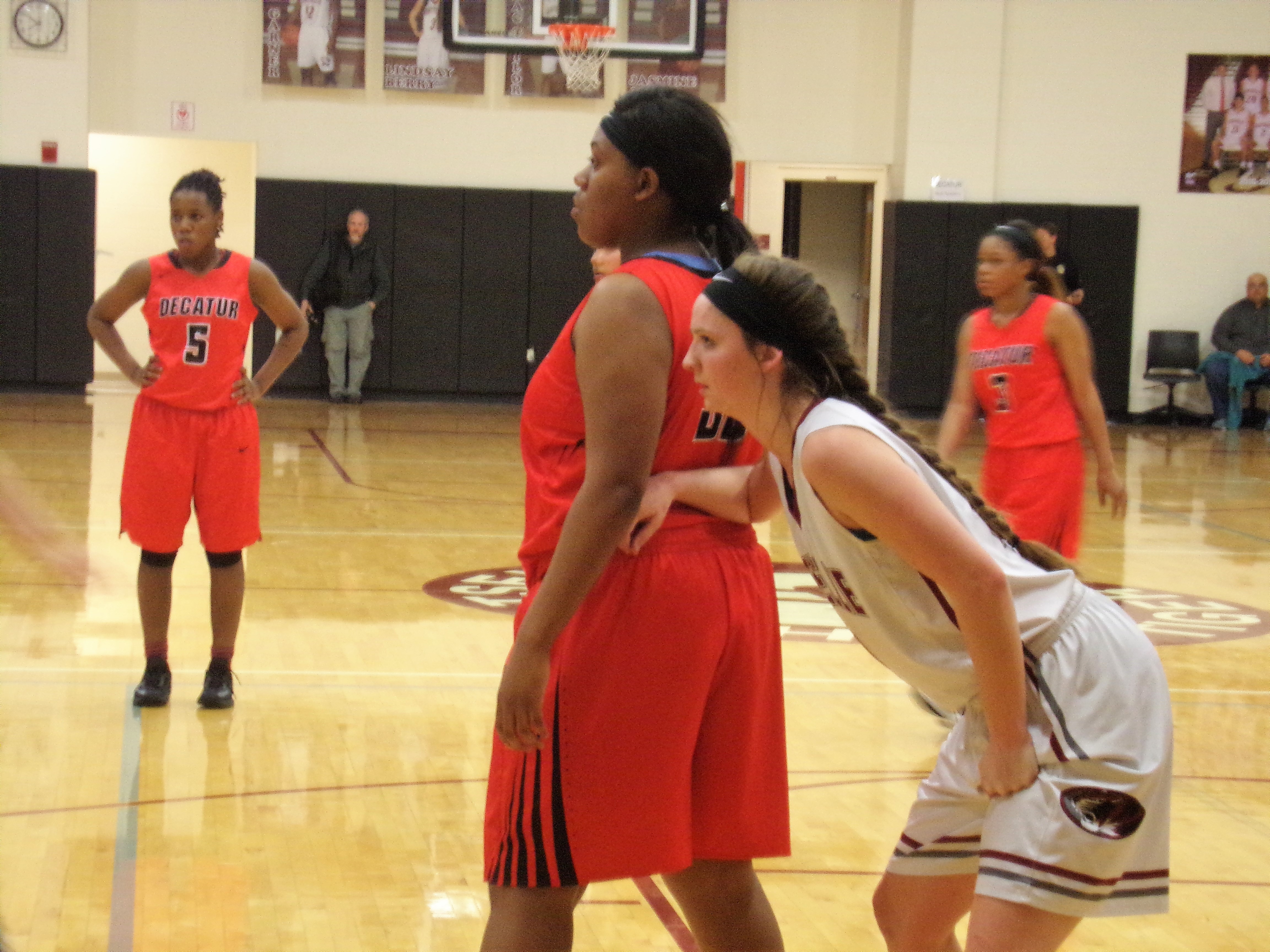 CULLMAN – Upsets are a regular occurrence in post-season Alabama High School Athletic Association basketball play. Through the first segment of this year's play-off format, 15 of them have occurred in hotly contested area tournament games.

The Tribune was on hand to report on a pair of them in girls’ area championship bouts.

On Wednesday, the Good Hope Lady Raiders played with poise in the fourth quarter and stole the 4A, Area 10 title from the grasp of the Dora Lady Bulldogs 49-46.

Another upset came on Friday evening when the Decatur Lady Red Raiders started strong and turned back the Hartselle Lady Tigers on their floor 49-41 in the 6A, Area 15 championship.

Thirteen of the 15 upsets were in the finals of area tournaments, with teams trying to qualify for the Northwest Regional.

It's an even status with eight taking place in the varsity division and seven coming from girls' games.

Those who suffered a loss were hosting area tournament competition. Most of the teams that had the opportunity to be the area tournament site, did it in the regular season for finishing first without a loss.

There was one exception. Dora and Good Hope split in the regular season, so a coin toss was needed to determine the host. Good Hope lost the toss, but proved they could go down to Walker County and return home area champs.

Decatur's Lady Red Raiders had their biggest victory of the season on Friday. A team that split six area games with two losses to Hartselle coming by a margin around 10 points, they proved they had everything to gain and nothing to lose.

Jumping out ahead was vital for Decatur, especially facing a large crowd from the Hartselle student section and the Hartselle side having better than a 2-1 advantage in attendance.

Decatur played good enough to take home the area title and Hartselle was never able to get into rhythm.

Hartselle relied on Morgan County Tournament MVP Moriah Taylor in the scoring category. She had 14 points by halftime, the rest of her team delivered just three.

Two other players with scoring potential, Lindsay Berry and Anna Mathis, struggled all night trying to get consistent on the offensive side. Berry managed two in the game with Mathis hitting nine, scoring once in the opening half.

Despite the sluggish offense, Hartselle was able to reduce a 30-17 halftime deficit to 41-37 with 4:16 remaining in the game when Mathis drove to the basket and scored on a patented left handed shot.

That was the last field goal the Lady Tigers converted. They had another dry spell, and Decatur scored three baskets in a span of 2:00 to open the lead to 47-37 with some Hartselle fans starting to head toward the exits.

Hartselle was trying to return to the Northwest Region and defend its 6A title. The Lady Tigers qualified last year by winning a sub-regional on the road in Birmingham, then upsetting a highly-ranked Austin squad in the championship at Wallace State.

Berry was the hero for the Lady Tigers in 2016, hitting the game winner in a huge upset on the floor of Tom Drake Coliseum.

The winner of this area was trying to avoid a sub-regional meeting with No. 1 ranked Hazel Green. Hazel Green won the Area 16 title, defeating No. 4 ranked Athens 69-53 Friday night.

Decatur will host Athens in the sub-regional while Hartselle now has to travel to Hazel Green Monday in order to extend its season for at least one more game after the next segment of the playoffs.

Winning an area championship allows the girls’ and varsity teams to have one more game on campus when the sub regionals are played Monday night for girls and Tuesday for varsity.

The administrations at Good Hope and Decatur now have work to do during this weekend to get things ready to host a sub-regional, when many expected these two programs to be on the road.

It's the old cliché of "the thrill of victory" and the "agony of defeat," when these moments become real when many don't think it's possible.

For the 15 teams to go on the road and win in area tournament play, one victory can salvage a season and create hope that there are still plenty of wins to be captured.

March Madness is on full display in the month of February for basketball in the AHSAA. More will be expected this coming week from the sub-regionals and the Northwest Regional. All we can do is sit back and watch it happen.