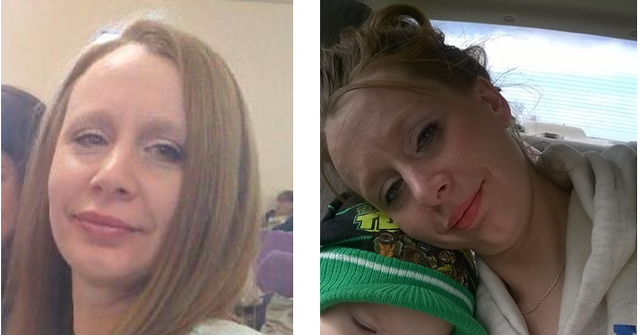 Jordan Lee Wilson was last seen by family and friends on May 15, 2016.

BREMEN – Saturday morning, a group of approximately 40-45 people will gather at Rices Chapel Baptist Church in Bremen to begin a new, expansive search for Jordan Lee Wilson, the local woman who has been missing since May 15, 2016. The group is part of an organization called the CUE Center for Missing Persons. Joining them will be investigators from both the Cullman County Sheriff's Office and Walker County Sheriff's Office.

At approximately 5’8” and 150-160 pounds, Wilson, who was 32 at the time she disappeared almost nine months ago, has dark blonde hair and was last seen by friends and family on May 15 driving a newer, dark-colored Kia Sorento near the Walker County line in the Bremen and Bug Tussle area. Later discovered near Busby Road and Campbellville Lane in an area north of Sipsey and west of Arkadelphia, the SUV was abandoned approximately seven miles from where Wilson was last seen by friends and family, and Wilson was nowhere to be found.

"We have about 40 to 45 searchers coming," said Dawn Shoults, Wilson's aunt. "It's called CUE. They come from every state you can think of. That's all they do. They'll be doing the searching. The family prepares meals for them."

Shoults continued, "This is CUE's second time to be here. We have done searches on our own, but we've found nothing at this point." Shoults says the searchers will be in six different locations. "CUE is bringing 10 horses, four or five ATVs, 15-20 dogs and 40 to 45 searchers."

It will be nine months on Feb. 15 since Wilson was last seen by her family and friends. Her family is hopeful, but also realistic. "We know there's foul play," said Shoults. "We all still have hope, but in our heart of hearts, we know she's gone."

Although Wilson has allegedly been seen once in Walker County since her May 15 disappearance, this is still an active missing persons case and anyone with information is encouraged to come forward.

"Someone out there knows something," implored Shoults, her voice breaking. "They know what happened and where she is. How can they lay their heads down at night?"

Law enforcement is not giving up.

"We're still following up on leads, we're still actively working the case as a missing person," said Cullman County Sheriff Matt Gentry. "We've been coordinating with Walker County, and we've both been working with the family."

Shoults wants everyone to know how much CUE has done for her family.

"They have been just wonderful," she said. "They've come and they've searched with their hearts. They call us and keep in touch. They have become family to us."