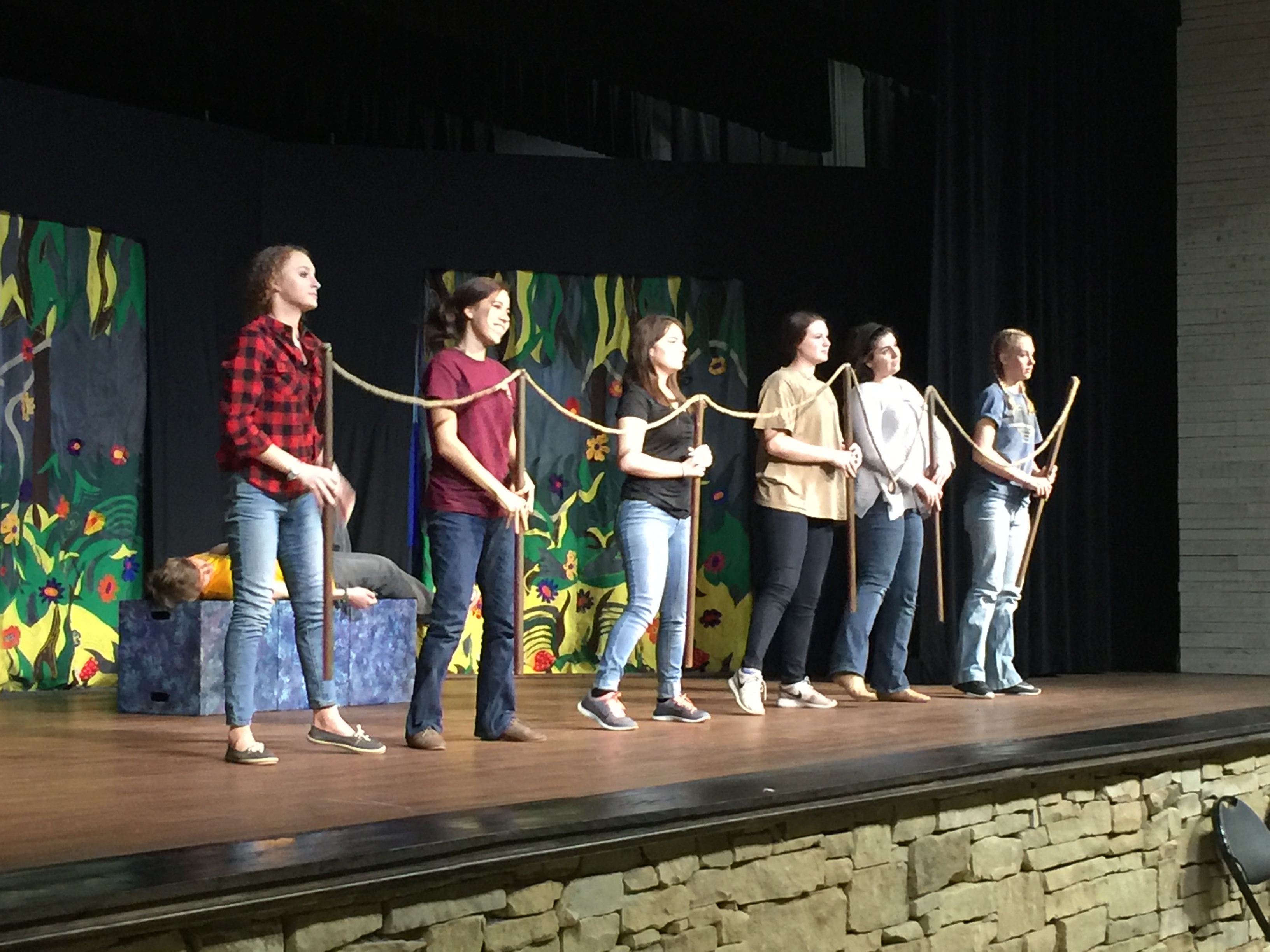 The cast of “Treasure Island” rehearsing for Saturday’s performances

CULLMAN – If you’d like to expose your children to the performing arts, perhaps to give them a new interest, increase their ability to speak in public, or just because it’s fun, take them to see this year’s production of “Treasure Island,” brought to the Cullman Civic Center stage by the traveling Missoula Children’s Theatre (MCT). The shows are today, Jan. 21, at 2 p.m. and again at 6 p.m.

“Treasure Island,” an adventure novel written by Scottish author Robert Louis Stevenson, is a tale of "buccaneers and buried gold." First published as a book on May 23, 1883, it was originally serialized in the children's magazine Young Folks between 1881 and 1882. Traditionally considered a coming-of-age story, “Treasure Island” is a tale noted for its atmosphere, characters and action. Long John Silver heads the cast. “Treasure Island” is one of the most frequently dramatized of all novels. The influence of “Treasure Island” on popular perceptions of pirates is enormous, including such elements as treasure maps marked with an "X," schooners, the Black Spot, tropical islands and peg-legged seamen bearing parrots on their shoulders.

The play is brought to you by Cullman City Parks and Recreation (CP&R) in conjunction with the internationally acclaimed MCT.

Based in Missoula, Montana, MCT sends full stage production staffs across the country to put on touring shows for children from ages 5 to 18. It has been a much-anticipated long-running annual production in Cullman for more than 20 years.

According to their website, MCT’s mission is “the development of life skills in children through participation in the performing arts.”

MCT is the world’s largest touring children’s theatre and positively impacts thousands of children every year, both locally and around the world.

Cullman's patroness of the performing arts, Shirley Quattlebaum, watched in amazement at the dress rehearsal Friday night. "I'm amazed at how the coaches command the attention and focus of the children," she said. "I've never seen a more well-behaved group of kids."

The production company furnishes costumes and sets, conducts try-outs, then in record time, works to bring the play to life.

"The coaches are trained to quickly draw the kids out, it's just amazing," she continued.

"Not every child is an athlete," said Quattlebaum. "These kids are what's known as a triple threat; they dance, sing and act.

"You never can tell, we might have another star born here. Paige Harbison and Morgan Smith were probably on this stage once and look where they are now!"

Harbison is a performer at Dollywood, while Smith has found fame in commercials as “the Wendy’s girl.”