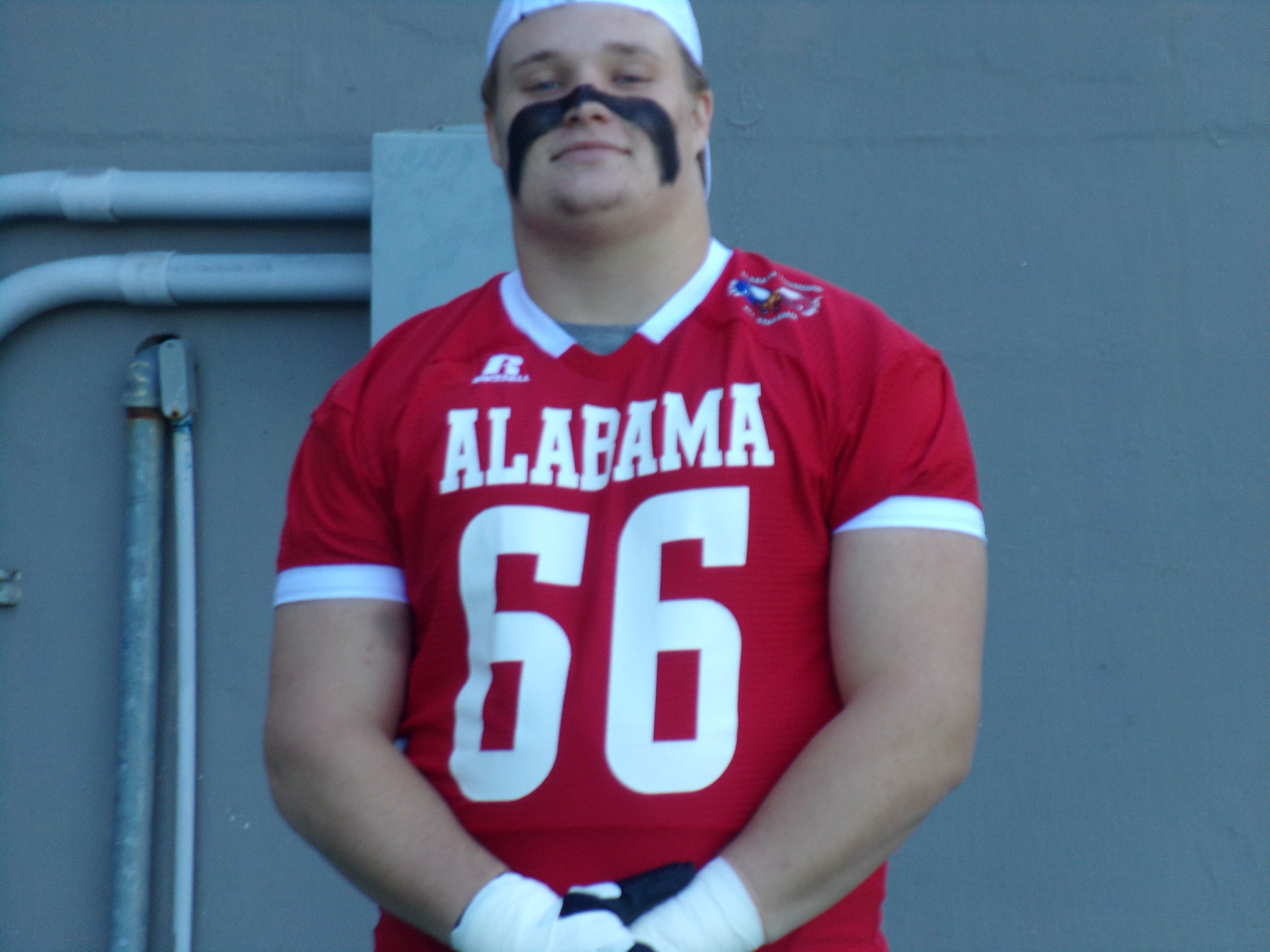 MONTGOMERY – Cullman's Hunter Brannon soaked up every moment in his final football game as a high schooler.

The senior, who has committed to play at the University of Alabama, got an invitation to play in the annual Alabama-Mississippi All-Star game.

It was a special moment on Saturday at the Cramton Bowl as Brannon was a part of the 30th anniversary event, matching top notch seniors from Alabama against a good group of personnel representing the Magnolia State.

Brannon, who impressed the Alabama coaching staff back in the summer during a workout, was given a chance to join the SEC champions for the 2017 season when he received a letter of intent offer.

Brannon will sign with the Crimson Tide on national signing day in early February. Plans are for Brannon to enroll at the Capstone so he can take part in spring workouts and get himself ready to take the next stage of his gridiron career.

Well more than an hour before kickoff, Brannon went back to the Alabama locker room, donned the facial makeup and came back o to the turf at the Cramton Bowl to socialize and take a selfie as well. He also signed several autographs for youngsters who had a chance to come onto the field and mingle with the student-athletes.

Brannon can reflect on a respectable senior season for the Bearcats as they were 4-2 in 6A, Region 7, had a five-game winning streak between Sept. 16 and Oct. 21 and memorable victories in the region over Pell City and Southside-Gadsden, earning Cullman a ticket to the playoffs after the Bearcats began the schedule 1-3 and 0-2 in the regional standings. They were 6-5, falling in the first round of the playoffs to Decatur inside legendary Ogle Stadium.

Brannon, listed at center for Team Alabama, did start when his group got the ball for the first time after Mississippi botched a punt attempt on its 28-yard line. This was after Alabama had a 7-0 lead by scoring on the opening kickoff.

A penalty on the first play from scrimmage dropped the Alabamians 10 yards back with the drive ending on a missed field goal attempt.

Nevertheless, Brannon and his all-star mates had the momentum and wanted to get more as the game wore on.

Brannon, used to playing on one side of the ball for the Bearcats, had to show patience with the Alabama offense getting three snaps before the missed field goal and Mississippi controlling the first quarter in time of possession, but unable to get the ball into the Alabama end zone.

Brannon understood the importance of a good defense with Alabama giving up yardage, but no points through the first quarter.

After Alabama held Mississippi on downs early in the second, Brannon and the Bama offense started to move it downfield. Two completions got Team Bama from its 36 to the Mississippi 25 and its initial first down of the game.

Brannon was snapping the ball to QB Leslie Thompson from McGill-Toolen, the 7A runner-up last week. The second-quarter drive with Brannon at center created positive moments following a sluggish beginning in the first.

Brannon had a chance to work with a QB he faced in his junior season, Dalton Hyatt of Etowah. Hyatt was at Arab and helped the Arabian Knights upset the 'Cats 21-14 in 2014 before Brannon and Cullman crushed Arab 56-7 in 2015.

Hyatt threw a pass that gained a first down with Brannon blocking. That enabled Alabama to kick another field goal and go into the locker room with a 13-7 advantage.

Through the half, Brannon played 20 snaps and helped Alabama with 86 yards of offense and one score inside the red zone.

Brannon was not on the field in the third quarter when they threw an interception that was returned 48 yards for a go-ahead touchdown and a 14-13 lead for Mississippi.

He was on the field to snap the ball to get Lane his third field goal of the game. This came early in the fourth and Alabama went back in front at 16-14.

Brannon and the Bama offense finally got to celebrate a touchdown drive in which they moved the pigskin 41 yards after getting the ball on downs.

Brannon was involved in seven series that led to four scoring drives, three field goals and the game-clinching touchdown.

Brannon got to snap the ball to Thompson who took a knee to close out the hard-fought victory.

The Cullman Bearcat walked off the field a winner in his last appearance with the Alabama High School Athletic Association.