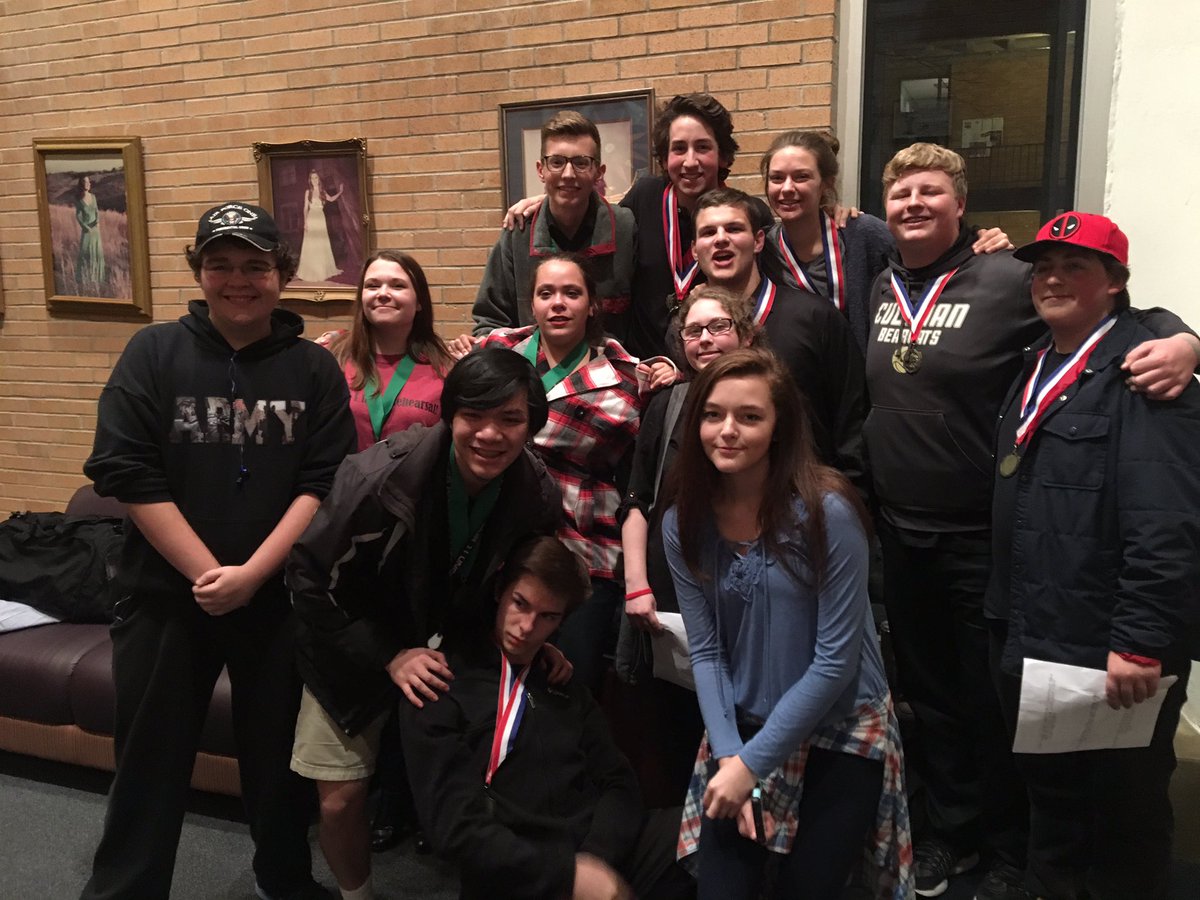 CULLMAN – In the first week of December, the Cullman High School (CHS) theater department, Cullman Theatre, participated in the State Trumbauer Theatre Festival.  After winning best-in-show at district with their one-act production “Godspell,” the group went on to state competition on the campus of the University of North Alabama. They performed to a packed house of more than 1,700.

“Godspell,” in a nutshell, is a play based on the book of Matthew from the Bible. It is set in a 1960s-urban setting, and poses the question, “What if Jesus came back during the 1960s?”

Playbill.com says, “The Gospel According to St. Matthew is presented in a series of skits and songs, with Jesus and his disciples presented as loving clowns, in this musical featuring songs by Stephen Schwartz, conceived and originally directed by John-Michael Tebelak.”

Although the play was originally meant to have clowns, Cullman Theatre opted instead to have the actors dressed in hippie/regular clothing.

According to CHS theater instructor, Wayne Cook, “Trumbauer is the highest competition that we can do in our state for theater competition. This year was the 75th annual Trumbauer Festival. We were very well received, and many people were excited to see us there. Just to be there was an honor.”

Fillinger is possibly the first student from CHS to be named to the all-star cast, according to Hall and Cook.

Kaylee Cowart, cast member, describes what it takes to win the various awards awarded at a Trumbauer festival, “It’s based on facial expressions, how long your monologue is and the way one moves.” Individuals actors perform monologues, while the whole cast together competed in the one-act performance. They have been practicing since school started this year for their performances.

This was the first time that the CHS theater department has gone to the State Trumbauer Festival in many years, and, according to Cook, this was the first year that they’ve competed with a one-act.

On Tuesday evening, the cast will be recognized at the Cullman City School Board meeting for their hard work and achievements, alongside the students who made all-state choir and the 6A state championship cheer team.