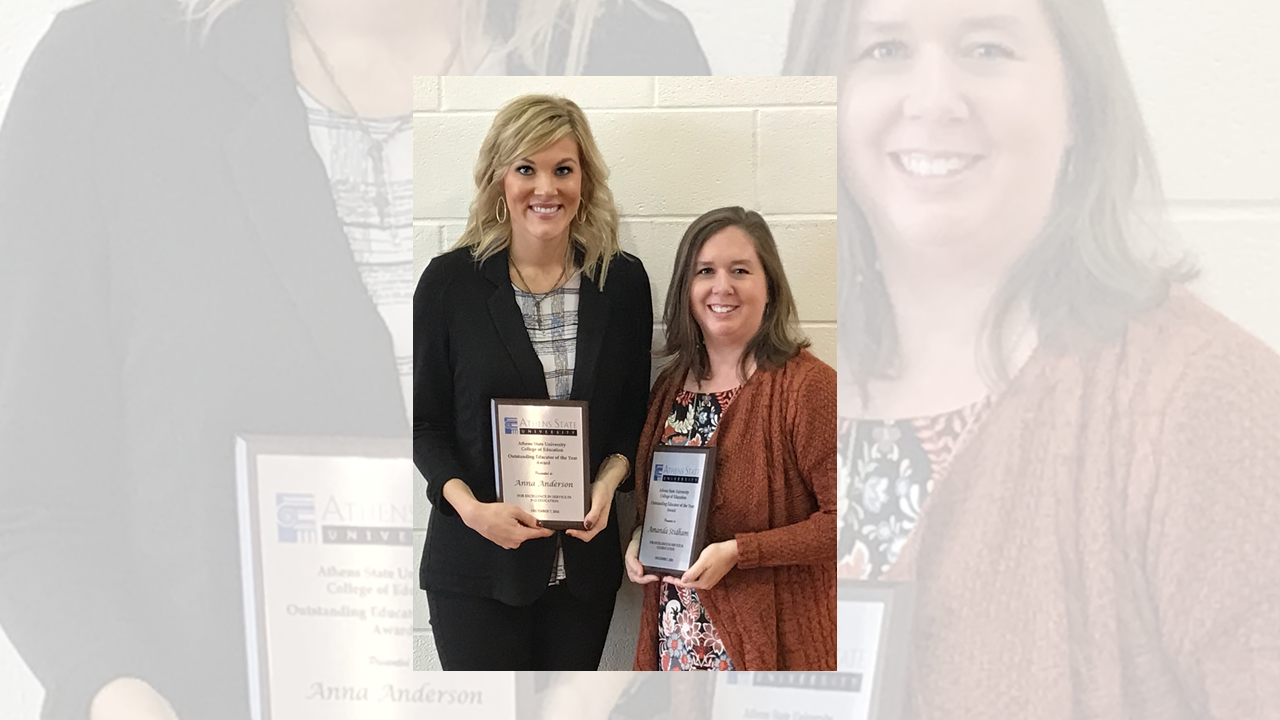 CULLMAN – Cullman City Primary School teachers Anna Anderson and Amanda Stidham were two of only three Alabama teachers recognized by Athens State University on Wednesday, Dec. 7. Anderson and Stidham each received the Outstanding Alumni Achievement Award in Education ("Outstanding Educator of the Year") for going above and beyond their routine duties. They were recognized for using their educations to make a lasting impact on society, the education profession and Athens State through outstanding professional, philanthropic and volunteer accomplishments.

Anderson and Stidham received their education degrees from Athens State University and were judged on their personal and professional achievements as well as contributions to their workplace, community and the world in which we live.

Since graduating from Athens, Anderson earned her master's degree and is in her 10th year as a first-grade teacher at Cullman City Primary School.

Stidham is in her 13th year as a kindergarten teacher at Cullman City Primary School. Additionally, she is a small business owner (Stidham Farms Party Barn) and poultry farmer.

A luncheon was hosted in Athens this week at the We TEACH Conference, where both women were honored.