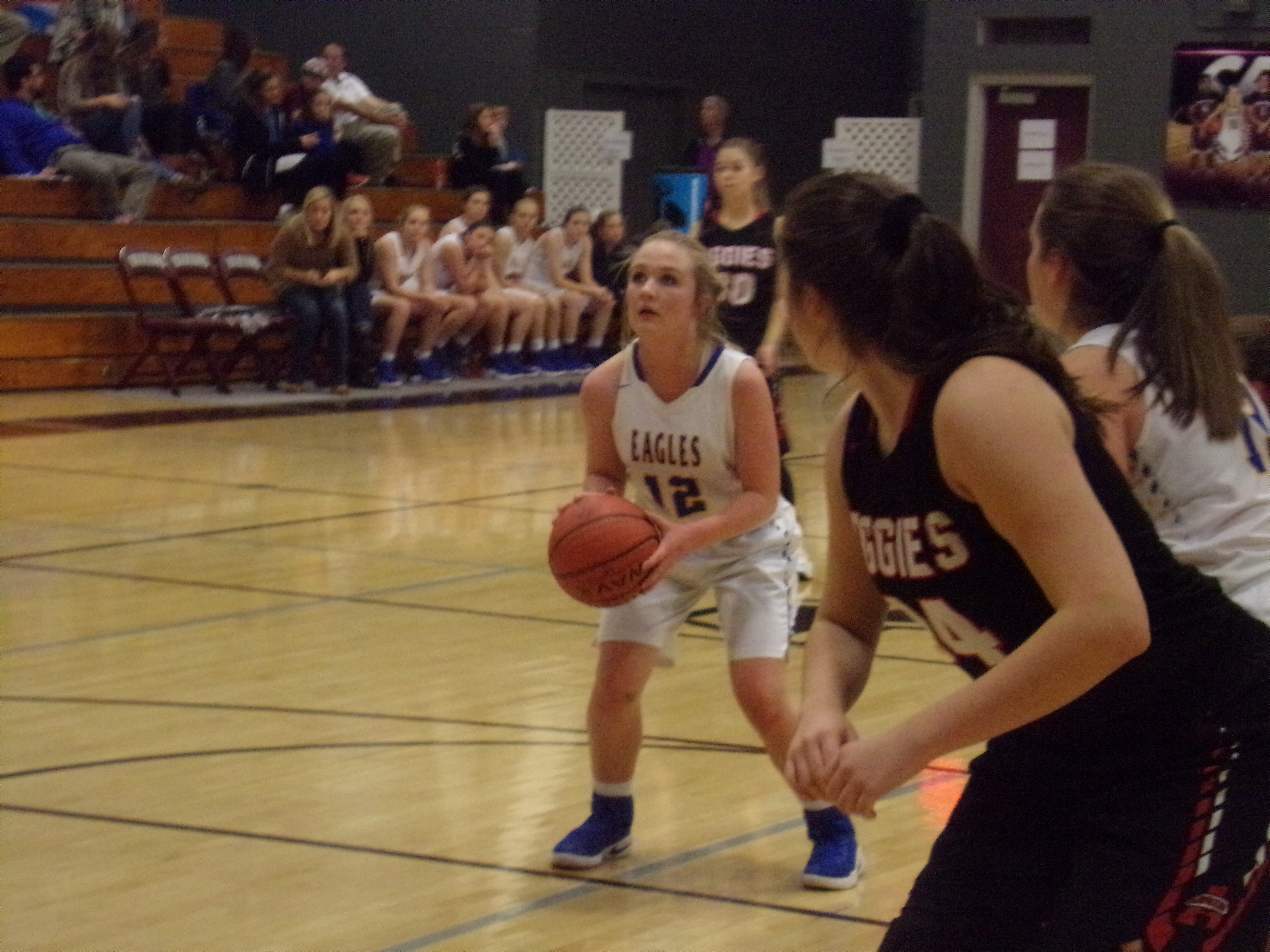 WEST POINT – On opening night of the inaugural West Point Girls’ Thanksgiving Tournament, the Cold Springs Lady Eagles and West Point Lady Warriors emerged victorious, while a potential win got away from the Hanceville Lady Bulldogs.

Cold Springs had solid offense in the first and third quarters to drum Albertville 62-32 in the opener and remain undefeated after three games.

West Point had to go the distance with Guntersville, turning back the Lady Wildcats 54-41 by going on a 19-9 run in the final quarter to stay perfect four games into the new season.

Hanceville could not maintain the lead gained in the final period with Oakman, losing by the score of 44-39.

So, after one of three days of round-robin competition, Cullman County teams are 2-1 with West Point involved in a doubleheader Tuesday, playing Albertville at 4 p.m. and Oakman in the late encounter at 7:45 p.m.

Cold Springs meets Phil Campbell at 5:15 p.m. while Hanceville comes to Jim Boyd Gymnasium and takes on Guntersville at 6:30 p.m.

Cold Springs soars in game one:

The Lady Eagles clicked after the opening eight minutes by a 21-4 lead, thanks to four shots coming from 3-point range.

The offense hit a slight snag during the second period with only nine points to show, but held a 30-13 cushion at halftime.

A solid third period put the game out of reach. Cold Springs produced 22 for the quarter and took a 52-21 lead into the fourth. The final period was operated under the running clock with the Lady Eagles ahead by better than 30 points.

Willoughby scored 20 for the Lady Eagles who recorded their season high in their third game of the schedule. Hill produced 14 points, hit five of seven from the line and handed out four assists, Crider scored 13 by landing four treys.

West Point gets in done in the fourth with Guntersville:

Guntersville came in with the intention of spoiling the festivities for tournament host West Point.

The Lady Wildcats held an early lead until John Welborn's Lady Warriors finished the first by a 9-2 spurt and led 16-11.

West Point was up 29-19 at the break, but unable to put away Guntersville as they managed six points in the third stanza, but still led 35-32.

Balanced scoring in the final frame from Miriam Oldacre, Olivia Ball and Mackenzie Carter carried the Lady Warriors in the final period with a 19-9 run and some breathing room to remain undefeated after playing their fourth game of the season.

A slow start by Hanceville had the Lady Bulldogs down 13-4 in the opening period to Oakman.

But the Lady Bulldogs never quit, closing the margin to 15-14 early in the second period and going to the locker room behind by a single point at 19-18.

At the end of the third, Hanceville was in front 28-27 and on the verge of making it a sweep for county teams in this tournament.

Coach Christina Watson's Lady Bulldogs narrowed the margin to 42-28 before free throws in the closing seconds by Oakman were enough for the Lady Wildcats to open the season with a victory in the West Point Tournament.

A difference between a win and a loss for Hanceville was 14 missed free throws throughout the game. The Lady Bulldogs fell to 1-4 on the season.