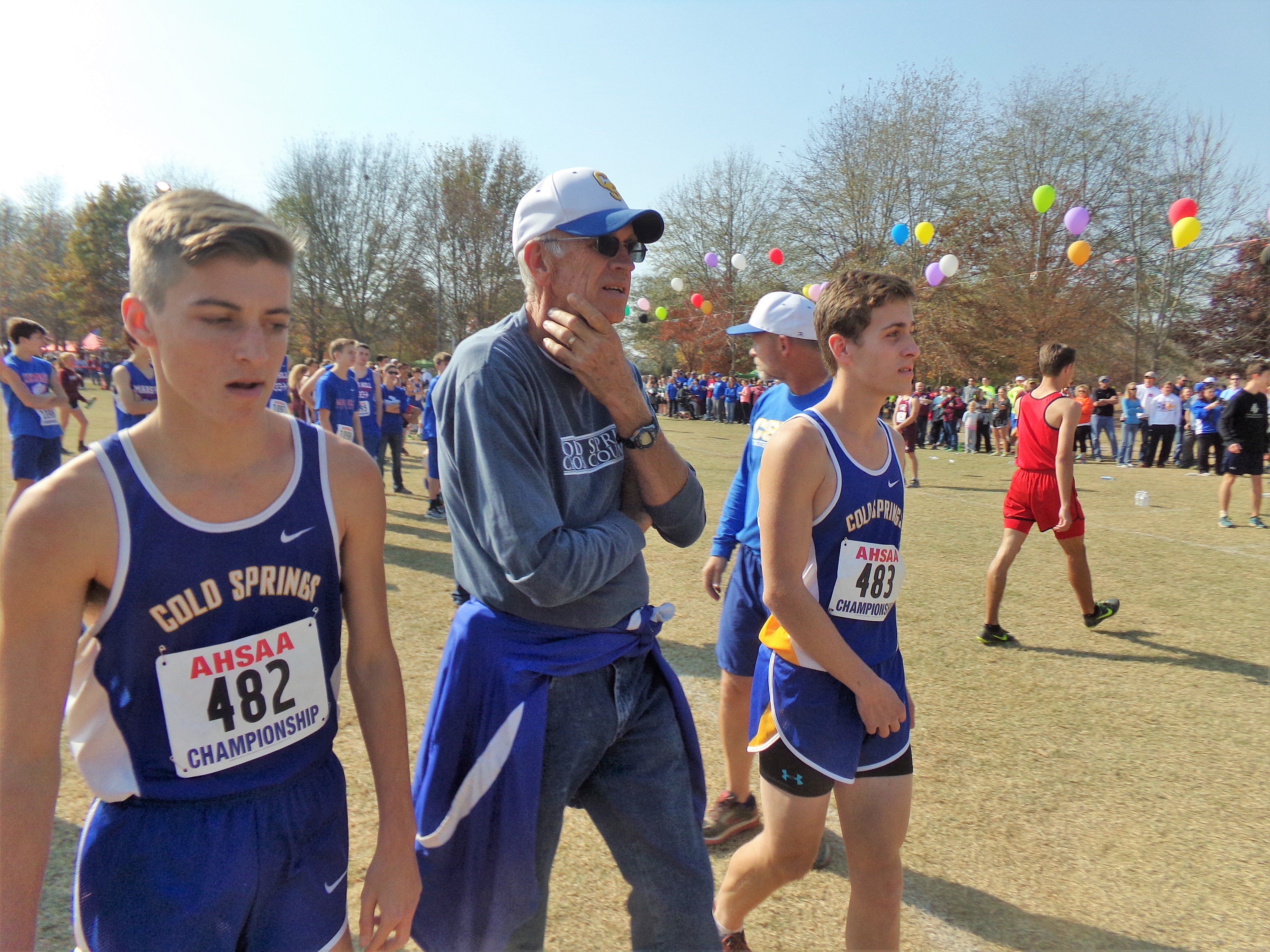 CULLMAN COUNTY – Cross country was very good in the area in 2016 and has a very bright future in the years to come.

With the St. Bernard Saints winning a state title for the first time while the Cold Springs Eagles and Cullman Bearcats earned runners-up in their respective classes, the future of the teams competing in the Alabama High School Athletic Association (AHSAA) during the fall will be worth following when it returns next September.

In The Cullman Tribune coverage area, seven schools qualified for the AHSAA championships at Oakville Indian Mounds Park. Cold Springs and St. Bernard represented 1A/2A while Fairview was in the 5A championship and the Cullman teams took part in Class 6A.

Individuals such as Camilla Chambers, Jacob Drane, Zac Reynolds and Conner Lowery of Holly Pond, Alex McDonald of Fairview and Taylor Willingham of West Point showed they belonged in the final segment of the cross-country postseason, from respectable finishes the week before in sectional meets.

St. Bernard will miss state champion Casey Guthery and All-State runner Marco Tona, along with Isaiah Robles and Jalen Lee, who will all graduate.

But coach William Calvert will have back in 2017 state runner-up Andrew Sweeney, along with Guthery's younger brother Casey Guthery, Joey McCarthy and Josh Chiodo. The experience will serve as a lesson for the newcomers to blend in their skills and keep the Saints at or around the top of the classification.

Cold Springs loses All-State runner Jared Stanley to graduation. But Claborn Campbell will have the unit anchored by the return of C.J. Lang, who was third behind Guthery and Sweeney last weekend.

Trentan Williams, Mason Harris, Jonathan Collett, Cole Akridge and Will Grimmett ran well all season and will be more mature next year. Collett, Akridge and Grimmett were freshmen this year with Williams running as a sophomore for the powerhouse program in southwest Cullman County.

Experience will be a positive for the St. Bernard Lady Saints. Leahrose Mami will be back for her senior season in 2017 after having a great year as one of the top runners in her class. Mami finished second in the state meet and will lead an experienced lineup that includes Ivy Edge, Claire Sanders, Lizbeth Medina and Katelyn Cowie.

The Lady Saints will be challenged by Cold Springs. The Lady Eagles lose no one to graduation and have great chemistry in a cast that is led by All-State Sadie Terry, a freshman, along with eighth-graders Brooke Crider and Ava Akridge, freshman Alyssa Jackson and sophomore Ashleigh White.

Carrying Cullman to a Section 5 title, then the runner-up in 6A, were All-State Joey Franklin, Eli Wilhite and Tucker Adkison. Wilhite and Adkison will be back next season to put the Bearcats in a position to compete for the grand prize and look to get good runs every time out from Atticus Philips, Jackson Tucker, Abraham Gonzalez and Dylan Warner.

The Lady Bearcats will be deep in running experience after competing in the state, led by Rachael Collins, who will be a senior in 2017. She will be joined by Alexandria Holt, Della Kelly, Olivia Craft, Mattie Green and Bernarda Tizapa, who enjoyed the Indian Mounds course last Saturday and want to be back there in one year.

Fairview's future will be promising thanks to returnees Quinton Chambers, who ran well in his freshman season, and junior Cody Fallin, sophomores Will Butler, Blake Hogan and Brett Hogan and freshman Austin Lowe.

From the individuals, Camilla Chambers will enter her freshman campaign at Holly Pond in 2017, McDonald will lead the Fairview Lady Aggies into her senior season, Willingham will be a senior for West Point, with Reynolds and Lowery sophomores next year for the Holly Pond varsity.

A season that began the last weekend in August with St. Bernard winning the girls and varsity titles in the Twilight Run at the University of Montevallo, saw Cold Springs turning up with success in the Northwest Alabama Invitational at Oakville prior to the postseason and sectional titles by Cold Springs' teams at their own course, St. Bernard teams winning at Good Hope and Cullman claiming the varsity crown in Scottsboro. Cross country is more popular in our area than ever before.

The area has produced state champions three years in a row, with the Cold Springs Eagles and St. Bernard Lady Saints winning the 1A/2A crown in 2014 and 2015 and the Saints getting the blue trophy this time around.

Cullman moved its teams to a serious level in 6A competition and will continue to go to war through next season with solid foes in Decatur, Albertville, Brewer, Fort Payne and state champion Homewood.