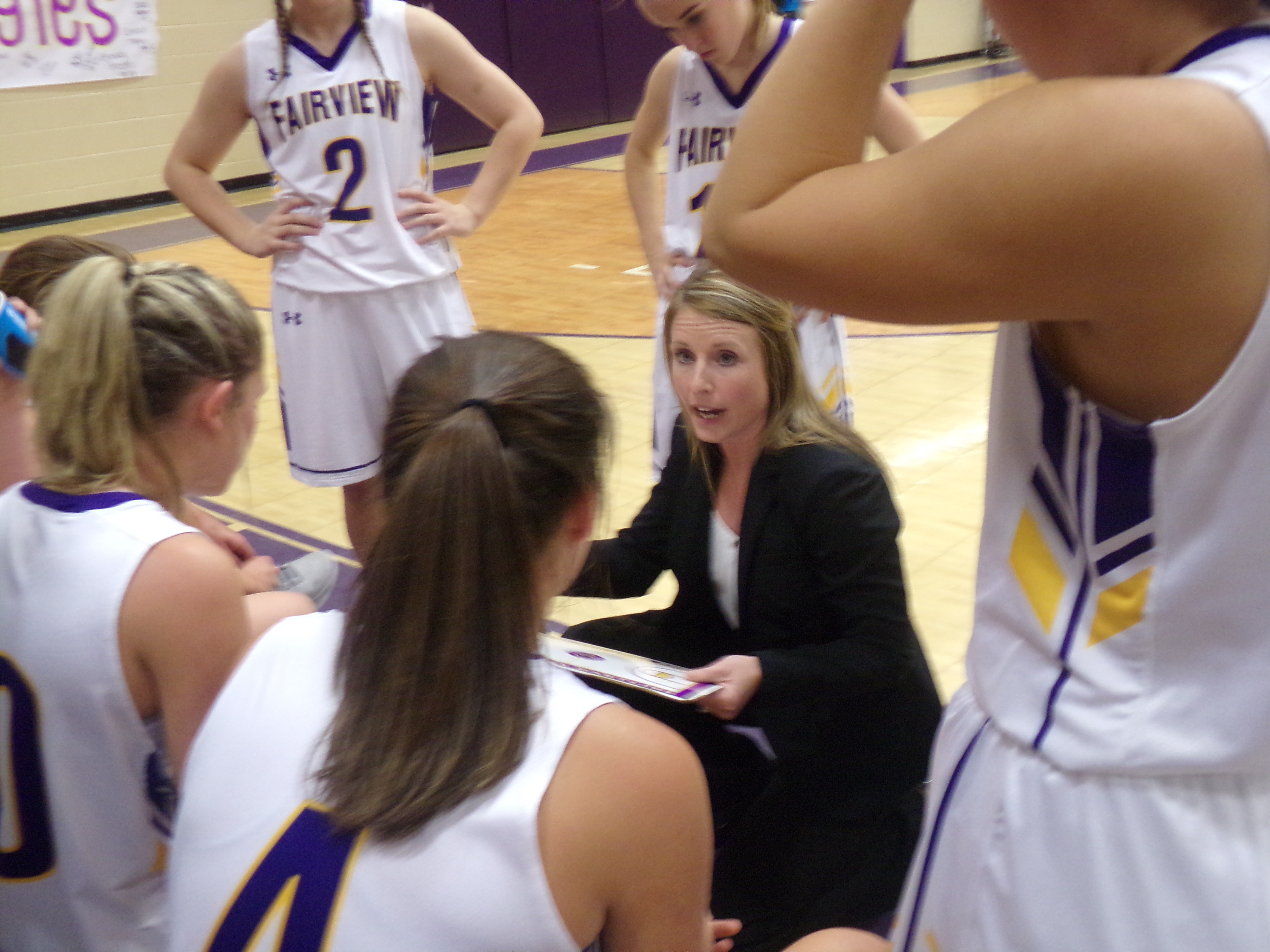 FAIRVIEW – A rematch between the Fairview and Arab varsity girls one week after the two opened the season against each other was a different story from the previous assignment in which the Lady Aggies won by a final score of 64-42.

This time, on Tuesday night at Joe Shults Gymnasium, the game went down to the wire. A 3-pointer from beyond half court by Arab's Kate Hammond missed and the Lady Aggies survived the challenge 63-60.

Fairview built a 17-point lead early in the third period, only to see the Lady Knights ride the shoulders of Hammond, their top player, who is reportedly heading to the University of North Alabama after she graduates in May.

The Lady Knights were behind 44-35 when the final quarter began and produced 25 points in the final 8:00 with seven baskets coming from 3-point range.

Arab was able to take advantage of Fairview missing three of their last five free throws in the fourth after they began the period seven of seven. The Lady Aggies were nine of 12 from the line in the fourth, but the misses gave Arab a chance to come down and score deep from the perimeter to make it a one-possession game in the final seconds.

A slow start for the Lady Aggies with five first-quarter field goals and being behind 13-10 changed in the second period. In a span of 6:00, the Lady Aggies scored eight times from the floor with Taylor Yeager getting a pair of treys and a layup, while Daylia Dean sparked in a reserve role with three field goals.

A fast start by Mary Hartline's Lady Aggies in the third quarter gave them their largest of the contest at 40-23.

That was quickly reduced by Arab with a comeback, holding the Lady Aggies to four points in the final 4:00 and closing the deficit back to single numbers at 44-35.

The threes were flying consistently for Jessica Thompson's Lady Knights in the fourth. Arab converted seven and had narrowed the deficit down to 51-48 while the Lady Aggies were trying to put the game away by connecting on good free throw shooting and were ahead 58-48 with around 2:00 remaining.

Scoring threes and using timeouts, Arab was back in business. They were behind 62-60 with Hammond's third 3-pointer in the quarter as they fouled Yeager with less than a second remaining.

The point guard missed the first attempt then made the second to put the score at 63-60.

Hammond caught the inbound pass and had good look at the basket, with the ball hitting the right side of the rim and bouncing off, preventing an extra four minutes from being played.

Hammond ripped the cords for 23 in a losing cause for 0-2 Arab with Jasmine Davis netting 12 and Lauren Watson scoring 10. For the game, the Lady Knights were 11 of 20 in 3-point field goals with Fairview shooting nine of 30.

The Lady Aggies finished 12 of 20 at the line, hitting nine of their last 12 after going zero for four in the first half. Arab was nine of 11 from the stripe.

Now the Lady Aggies brace themselves for an early season showdown Friday night. Fairview travels to Cold Springs to battle the Lady Eagles. Cold Springs opened the season Tuesday, romping past Vinemont 58-14 and look forward to the first of two intense regular season meetings between two programs that were superior in county basketball in 2015-16.

The difference in this game was in the second period with the Arabian Knights outscoring the Aggies 20-9 and breaking a first period tie. It was 13-13 after 8:00 and a 33-22 lead for the visitors by halftime.

Arab utilized the 3-point shot to their advantage during the third period with six made long shots and a 25-point margin, extending the lead to 58-41.

The Knights finished the third period on a 17-5 run after the Aggies had closed the gap to 41-36 behind two treys from Bryson Fletcher and a pair of field goals from Yarbrough.

Fairview's offense encountered problems scoring in the final stanza, getting only seven on the board with Arab delivering 14 and putting the game out of reach like they did seven days earlier when both opened the season at Arab's gym.

The Knights outscored the Aggies in 3-point field goals 14-6 with a 10-3 margin in long-range baskets between the second and third periods.

The Aggies fell for the first time at Joe Shults Gymnasium after winning their home opener last Thursday vs. Hanceville.

Now the Aggies head to Cold Springs Friday for their next assignment prior to playing next week in the 60th Annual Holly Pond Thanksgiving Tournament.