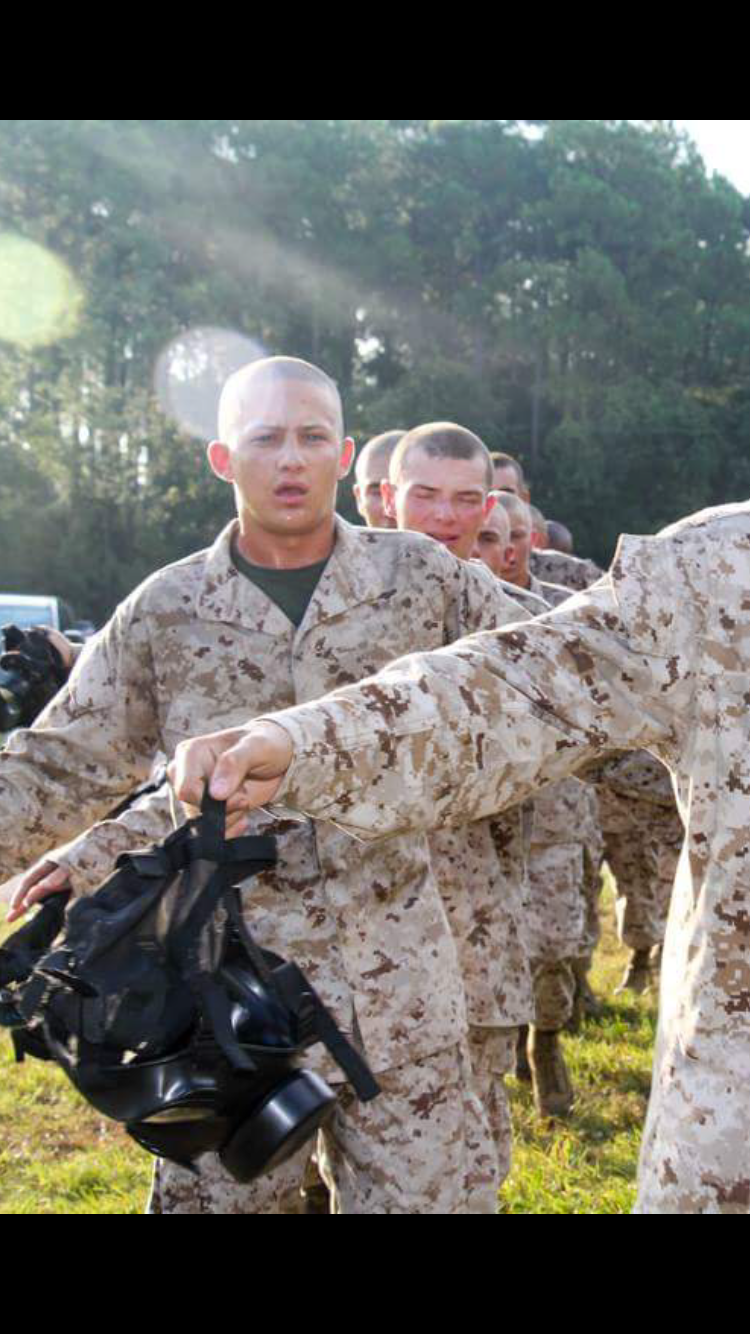 WEST POINT – Michael Olson, graduate of West Point High School’s class of 2016, knew before his senior year even started that he would be serving his country, with his eyes set on joining the U.S. Marine Corps as a member of the infantry. He set off for Parris Island, South Carolina this summer- changing the course of his life for the better.

Coming from a small town in Cullman County, Olson was in for a shock as he started his journey to becoming Pvt. Olson.

“It was a lot different,” said Olson, describing just how his world, and world view, changed. “It’s rough, but you get used to it. You just have to push through it.  (The Marines) break you down and build you back up. I have a lot more self-confidence and situational awareness.”

Not only did Olson change his mental state, physically he improved his overall fitness and health.

“I had a little weight before I left; I lost 10 pounds and gained a lot of muscle.” He says he was also able to improve his physical training times as he progressed through boot camp.

When asked if he would do it over again, Olson replied, “It’s definitely not easy; it was harder than I expected, but it bettered me as a person. I would recommend it to just about anybody.”

Olson returned to South Carolina on Monday for advanced infantry training with the Marine’s School of Infantry.

So, why did he choose infantry?

“I wanted to be in the fight. I wanted to know that I was defending the country in the most intimate way possible.”