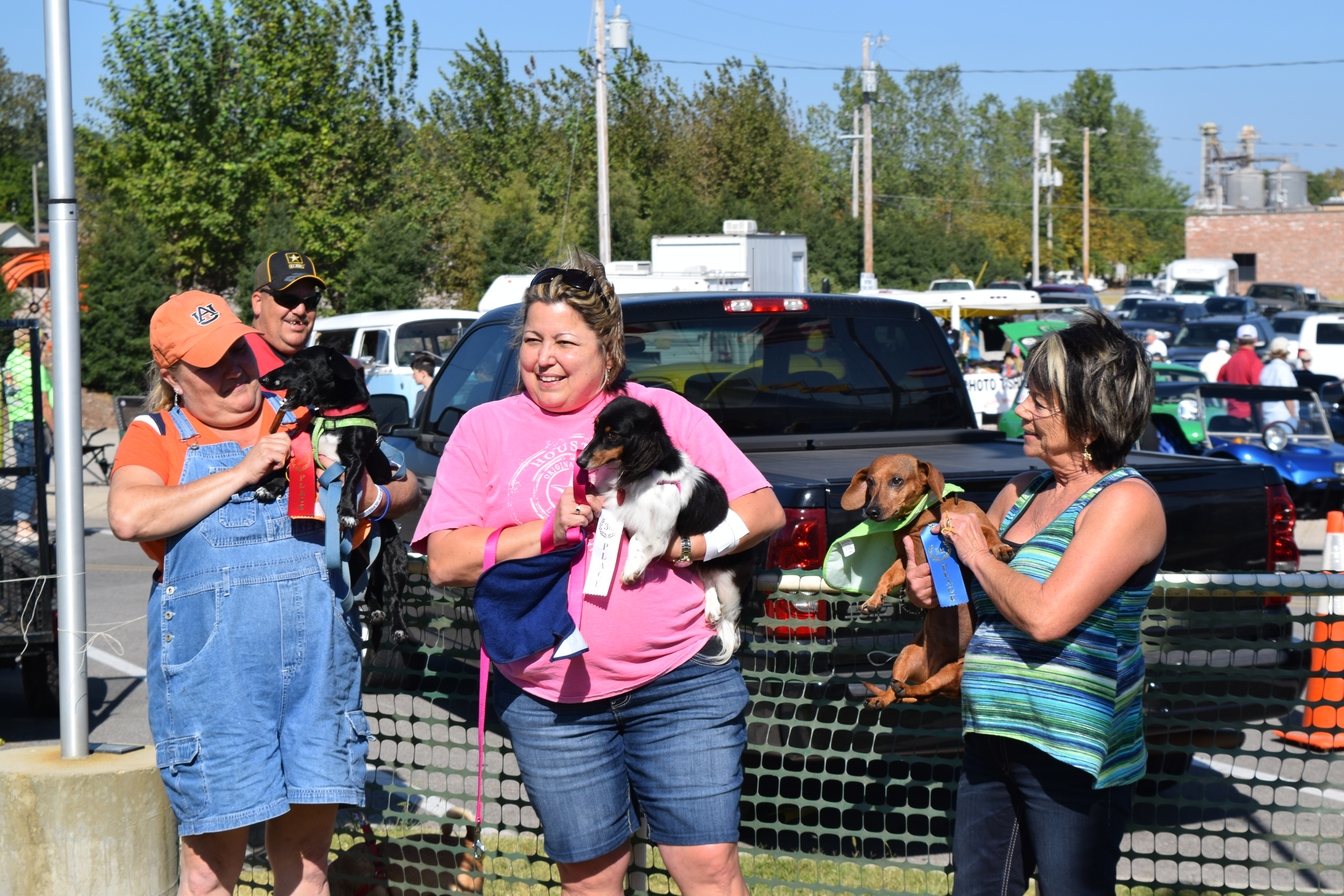 CULLMAN – The Cullman Kiwanis Club’s K-9s-4-a-Kause Oktoberfest events started bright and early Saturday morning with the wiener dog race; it was a mastiff success!  Wiener dogs of all shapes, sizes and colors arrived to compete.

A large crowd of approximately 200 spectators surrounded the wieners and watched the dogs race in three separate heats, the field of competition slowly narrowing until only the winning wiener remained.

Although there were fewer dogs racing and competing this year than last, there were plenty of canines running around Depot Park Saturday afternoon. So many in fact, that an announcement had to be made reminding people to pick up after their pooches, or they’d be asked to leave the festivities.

After the true wiener was announced, the event shifted to a Best Looking competition and a brief costume contest. A Doberman Pinscher dressed in a NASA astronaut costume stole the hearts of many during the contest.

K-9s-4-a-Kause lasted about two hours, but some dog lovers were not able to get enough. Pets, dogs specifically, were a major part of Saturday’s activities and were welcome at Cullman’s Oktoberfest activities as well as Depot Park.