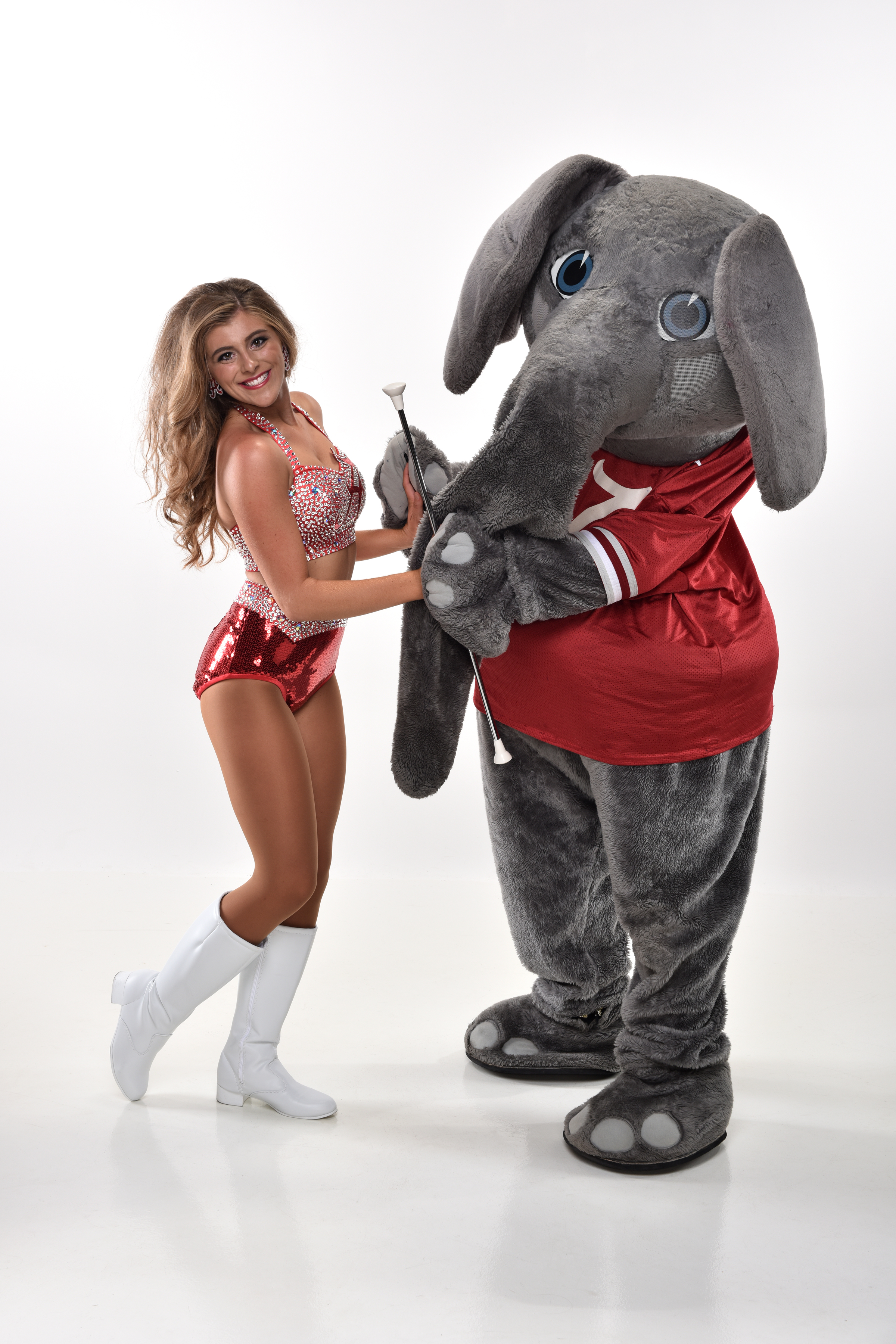 CULLMAN – Jessica Patterson is living her dream. Patterson, a graduate of Fairview High School, is enjoying her first year as a Crimsonette in the University of Alabama’s famous Million Dollar Band.

The Crimsonettes are an elite group of majorettes, known throughout the country. This year, Patterson is the only new member from Cullman County. The daughter of Cullman City Schools Superintendent Dr. Susan Patterson, Jessica Patterson trained with the Southern Starlets and was also privately coached by Jamie Medlock.

“It’s crazy, we practice all the time. It’s the hardest thing that I’ve ever done, but it’s totally worth it on game day,” said Jessica Patterson as she tried to put into words her feelings about making the famous squad.  She says she still has not gotten used to being a public figure with many Alabama football fans. “It’s still kind of weird to be in that position of being highlighted nationally, but it is a lot of fun.”

Being a Crimsonette is something Jessica Patterson has been working toward for years, so being selected was the realization of a dream. When asked what it meant to her to make it, she responded, “To me, it means that all of my hard work paid off. I started off in the sixth grade to be a part of this line and went through years of competition, practicing every day for four or five hours.”

Being a part of the majorette line at Fairview High School helped prepare her as well, she says, while also mentioning the national competitions she was a part of growing up. “I got to see competitors from across the nation. Going there, you really have to put your best foot forward so it pushed me to be better both in my technique and my presentation.”

She says she does feel a little pressure being the only girl from Cullman County, but she feels that she has a level head. “I always want to present myself in a manner where I can come back to Cullman with a good reputation and to represent them well because it’s important to me to remember where I came from and who built me up.”

On a more personal note, Jessica Patterson described what it’s like being the daughter of the CCS superintendent. “It’s a little crazy sometimes and we don’t get to see each other as much, but when we come together we have a better connection and I’m super proud of her,” she said. “I view her as an inspiration because she had to go through so much to get to where she is and I know that I can do the same thing and be successful like her.”

Jessica Patterson is majoring in biochemistry on a pre-pharmacy track and was offered academic scholarships.

She ended with an enthusiastic, “Roll Tide!”