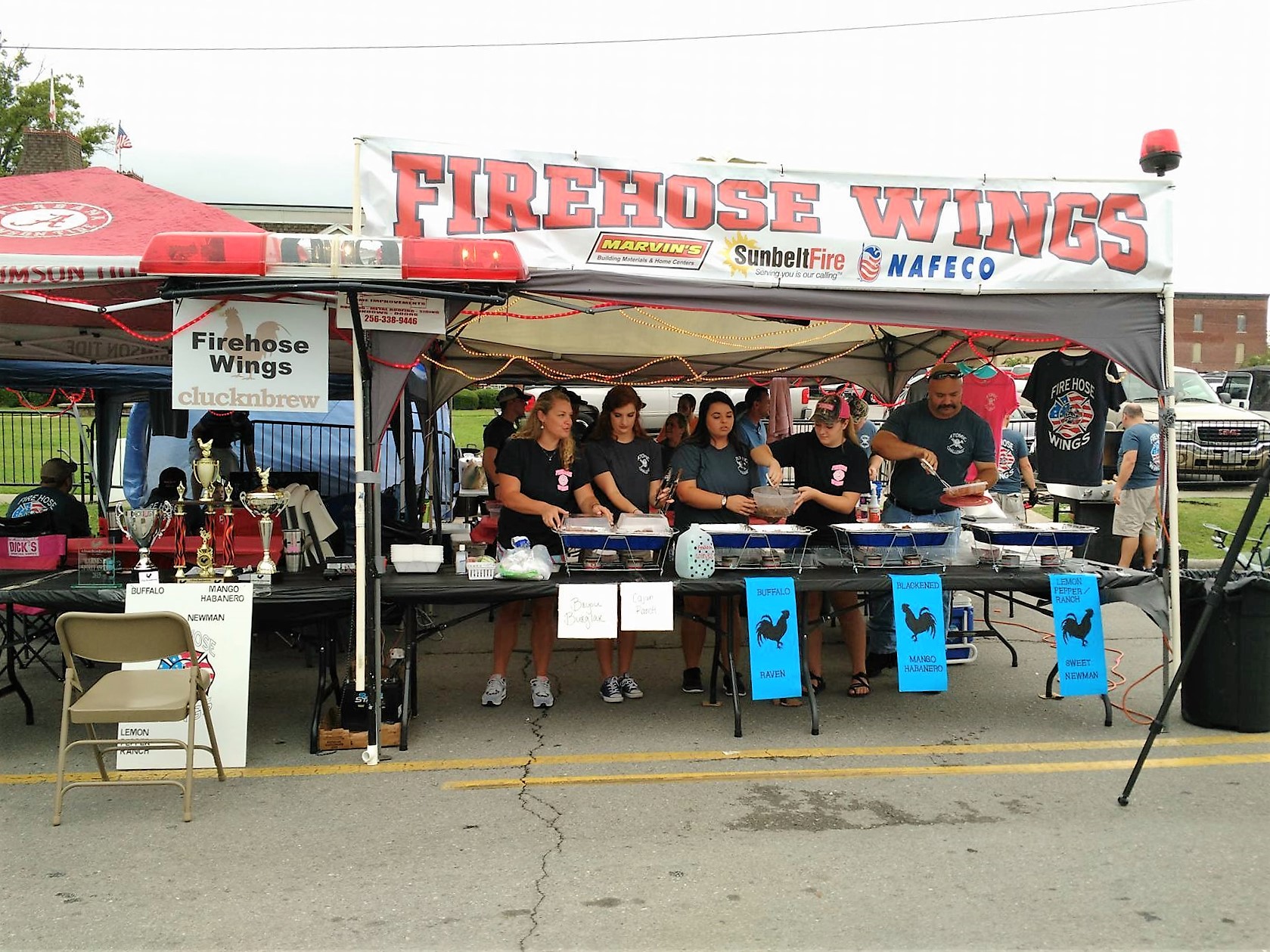 CULLMAN – Clucknbrew went off without a hitch Saturday, in spite of the day’s on-and-off rain and drizzle. The annual Cullman Parks and Recreation Department (CP&R) event was held downtown at Depot Park and was all about wings, craft beer and, of course, football!

Local couple Trista Franks and Kiesha Sweatmon came to Clucknbrew to support Franks’ father, who took part in the Firehouse Wings booth this year, let their son, EJ, enjoy the inflatables and to take advantage of the Game Day tent area provided by CP&R. They also brought their Hawaiian Blue Nose Pit Bull service dog in training, much to the delight of many children in attendance. The rain earlier in the day didn’t dampen their afternoon plans. “A little water never hurt nobody,” said Sweatmon.

Waid Harbison, CP&R’s marketing, programs and events coordinator views the event as something unique in the community. “Having the chicken wing cook-off and the Game Day football tent… it’s basically a community tailgate party,” he said. Attendance to the event wasn’t hampered by the weather, according to Harbison. “People come and go. This is on par with what we normally get. “

CP&R supplied the wings, and the competitors manning the booths on Wing Street cooked them up as they saw fit. The competition was fierce as always, with Firehose Wings coming out on top in the People’s Choice competition. Attendees were able to buy tickets for $1 each that gave them a wing at any vendor of their choosing. Mayor-elect Woody Jacobs was present, helping in the Grumpy’s booth as he also took a few questions from members of the community.

All proceeds from Clucknbrew go to the Parks and Recreation Foundation, who in the past raised funds to build Heritage Park and the Field of Miracles. Now, though, according to Harbison, “The big project that we’re working on now is an all-inclusive community playground at Ingle Park called The Connected Park. It’s going to be built specifically for autistic and handicapped children as well as anyone who has special needs.  It’ll definitely be the biggest playground in Cullman County.”