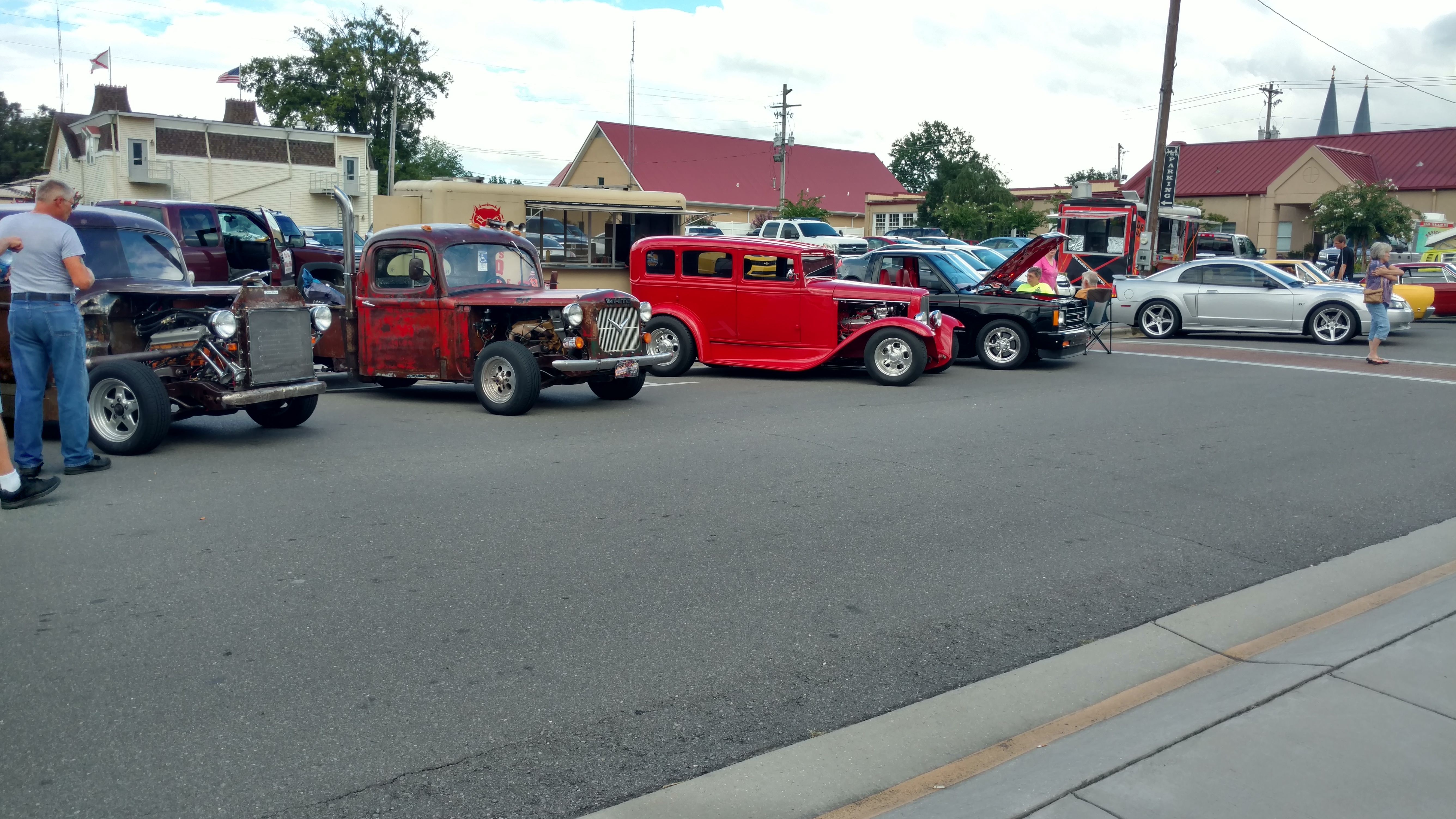 CULLMAN – The third Friday night celebration of the summer, the Cullman Area Chamber of Commerce and Cullman City Parks and Recreation’s 2nd Fridays Cullman got off to its usual start with shoppers perusing the goods at the Farmer’s Market, kids hopping around in the bounce houses and adults inspecting antique cars with envy.

Merchants along the Warehouse District stayed open past their usual Friday afternoon closing times allowing Cullman families the opportunity to shop after work and the end of the first week of school while local band Horizons set up in the city’s parking lot between Rumor’s Deli and Festhalle preparing for their 6 p.m. kickoff.

At 5:30 p.m. the sky opened up and the rain poured. A fast moving thunderstorm traveled along the interstate from the south and drenched the downtown area for 15 minutes before letting up to a manageable drizzle with a heaping helping of humidity.

Despite the road along the district being blocked off with cones to allow for foot traffic, many attendees stayed on the sidewalks while the vehicles participating in the car show were permitted to drive through the designated pedestrian area as they arrived to park.

During the stormy interlude, a vehicle drove behind the Festhalle instead of in front where the car show participants were permitted to drive and park. The erroneous right turn routed the driver through the area blocked off for children at the event. The driver continued on his path to the grassy patch on the southern border of the Festhalle.

According to Cullman City Police Sgt. Scott Sanford, the driver was suffering from a diabetic episode. “The driver, who was there to participate in the car show, pulled in behind the Festhalle and came very close to where children were playing.”

Sanford says that the man then drove over a curb. “When Cullman Fire Rescue and the EMS got to him, they determined that his blood sugar was extremely low,” said Sanford. “Once they gave him what he needed he came right around and couldn’t believe what he had done.”

CPR Marketing, Programs and Events Coordinator Waid Harbison said, “Everyone is OK. It was just a close call but luckily no one was hurt.”

After the rains and traffic incident, August’s 2nd Fridays Cullman carried on as scheduled with the community’s family enjoying the free event.