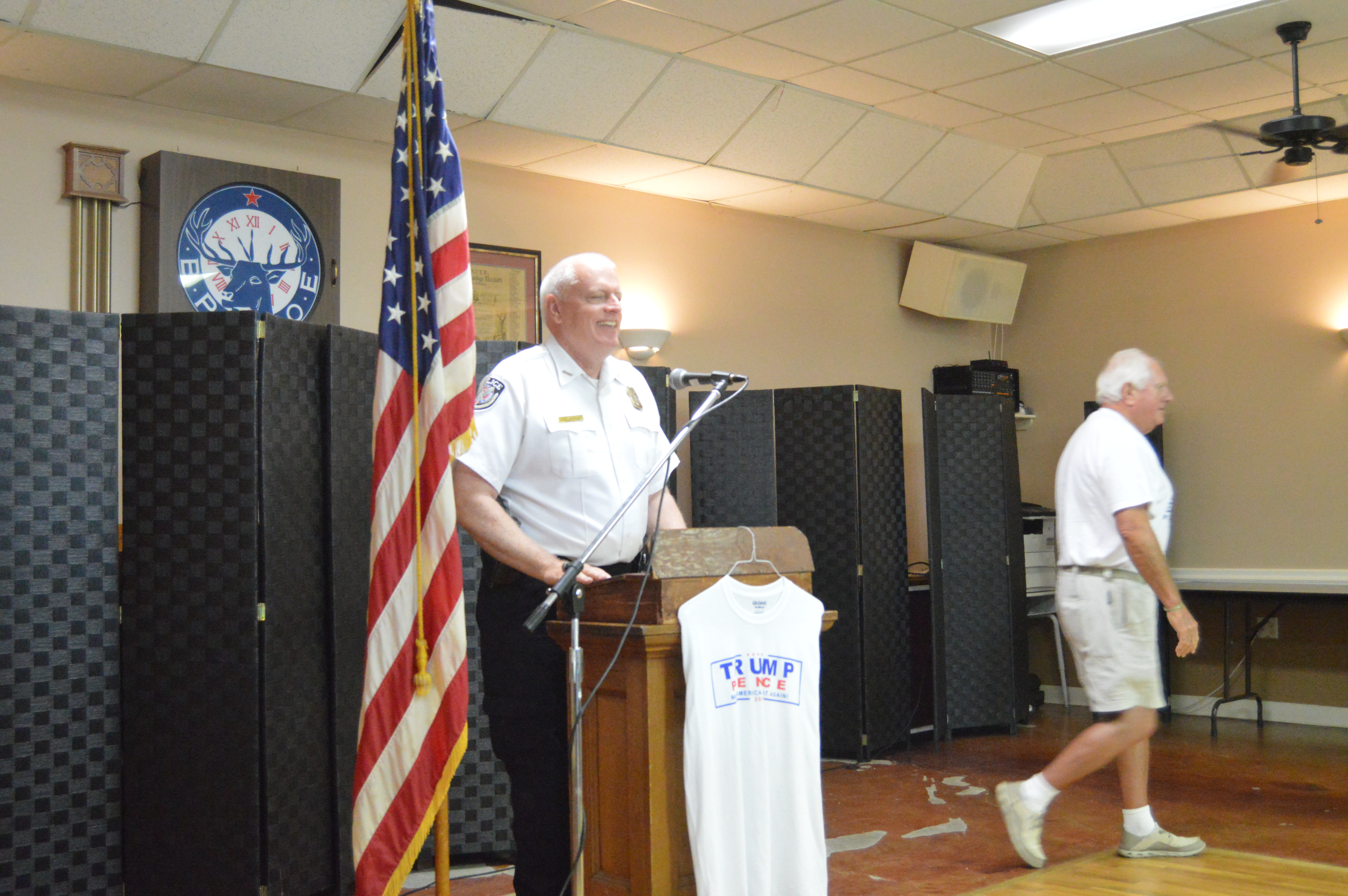 CULLMAN – On Saturday morning the Cullman County Republicans held a breakfast event at the Elks Lodge in Cullman.

Among the topics discussed by Culpepper – who recently returned from a conference for law enforcement – was a refreshed perspective on Cullman County.

“Sometimes we really forget that our county is a special place,” Culpepper said. “I was down there, and those men from other counties were talking about how they have to deal with people harassing law enforcement and disrespecting them. And I was just thinking, ‘My biggest problem is that I’m gaining weight from all the support we get in Cullman.’” Culpepper was referencing the recent outpouring of support from local businesses and private citizens with gifts of food in light of recent national events.

Culpepper mentioned that a speaker at the conference he attended was a member of the police force in Ferguson, Missouri, a city that has a 50-man police force; the same as the City of Cullman.

“A lot of people think that there’s no way that sort of rioting and protesting could happen in a place like this, a place like Cullman,” Culpepper said. He then explained that recently there was an auto-theft incident in the city perpetrated by two individuals that were from out of town, an incident that could have escalated, making it a potentially national news-worthy story.

“That’s what happened in Ferguson,” a woman from the crowd at the breakfast spoke up and said. “All those rioters and people were from out of town; they were paid to be there.”

In a particularly abhorrent moment, another Republican breakfast attendee spoke up, adding, “I’ll tell you, blacks, they are the dumbest and laziest group of people on this earth.” The man would not give his name.

Culpepper was quick to calm down the attitudes of those in attendance, saying, “Just ride with us (the Cullman Police) for a day and you’ll see some dumb and lazy white people too.”

Ultimately the breakfast event, which was attended by Sen. Paul Bussman, Cullman Mayor Max A. Townson and his challenger Woody Jacobs, was an opportunity for the Culpepper to answer the questions of concerned citizens on topics such as Pokémon Go and the growing problem of heroin use in the county.

“We have not had any injuries due to Pokémon Go,” Culpepper said. And in answer to a question about heroin in Cullman, he said, “This is a national problem. We are not having trouble with gangs on the street corners, but more with the cartels moving drugs through Cullman, and on to other counties and states.”