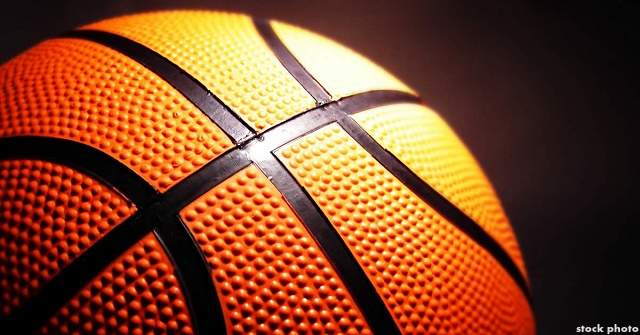 DECATUR – With a chance to compile the second best win-loss total on Thursday, the Hanceville Lady Bulldogs were unable to finish the process in the Danville basketball play-day series.

Hanceville wound up on the end of a 48-34 loss to Decatur Heritage Christian Academy, returning home with one win in three decisions.

Then in the next two games, the Lady Bulldogs went through lapses of scoring droughts and not taking care of the basketball.

That resulted in losses to East Limestone 43-26 and Decatur Heritage.

Despite a 1-2 record, coach Christina Watson was pleased with efforts in a series of categories from the offensive and defensive sides.

During the game with St. John Paul Catholic, the Lady Bulldogs got a spark from guard Emma Chambers coming off the bench.

Chambers converted three consecutive field goals from three-point range in a span of 4:00 and helped Hanceville build a double-digit advantage.

Hanceville led 21-13 at halftime, with 12 points coming from long-distance shooting.

The defense locked down on the Huntsville school and kept them from scoring until the final 2:00 of the second half. Hanceville tallied 18 points with the inside game coming around as center Karmen Johnson and forward Desi Hackney combined for three field goals after both were unable to score in the opening half.

Baskets in transition by Kaela Hall and Malia Howell proved to be valuable in outscoring SJP 18-4 in the last half.

A slow start on offense spelled doom for the Lady Bulldogs in the game vs. East Limestone. Hanceville didn't break the zeros off the scoreboard until the 10:00 mark when Johnson took a pass from Hall and powered her way in the paint.

Hanceville was down 10-2 at that point. The Lady Bulldogs managed to slow down East Limestone for the rest of the half, keeping it close at intermission, trailing 18-11.

East Limestone went to its two main weapons, guard Savannah Tyler and center Jirah Rogers, an eighth-grader. They combined for the first 12 points of the second half and enabled the Lady Indians to get some breathing room and turn the game into a 17-point victory.

Hanceville had a couple of stretches in the game of not scoring that went for over a span of five minutes.

Looking to show the host of the play-day, Decatur Heritage, they could put together a solid 20 minutes to start the game, the Lady Bulldogs matched the Lady Eagles point for point.

Johnson accounted for 13 points in the first half with Howell getting a three and points coming on a layup by Hall and free throws form Cassidy Campbell.

After Decatur Heritage scored on a three to open the final half, Hanceville netted eight in a row with a three from Johnson sending them to a 28-23 lead with 15:00 to go.

Then the Lady Bulldogs didn't produce a point for nine and a half minutes and Decatur Heritage broke it open by hitting several treys and a three-point play that anchored a 16-0 run.

When Howell hit a 15-footer with 6:34 remaining, Hanceville ended its scoring drought. But the Lady Bulldogs were down 39-30 and never able to get what they needed in the stretch run of the contest.

But for the day, Christina Watson's Lady Bulldogs showed moments of attacking the basket, getting good looks from the perimeter and rebounding aggressively on defense featuring Johnson, Hackney and Campbell.

Decatur Heritage utilized seven field goals from downtown that turned the game to the Lady Eagles' side. East Limestone's duo was a challenge for Hanceville to slow down during the second half.

But the Lady Bulldogs will take this day as a learning tool and use it when they get back to their next play-day assignment. Hanceville will be in the Birmingham-Southern College play-day Tuesday at Wallace State's Tom Drake Coliseum.