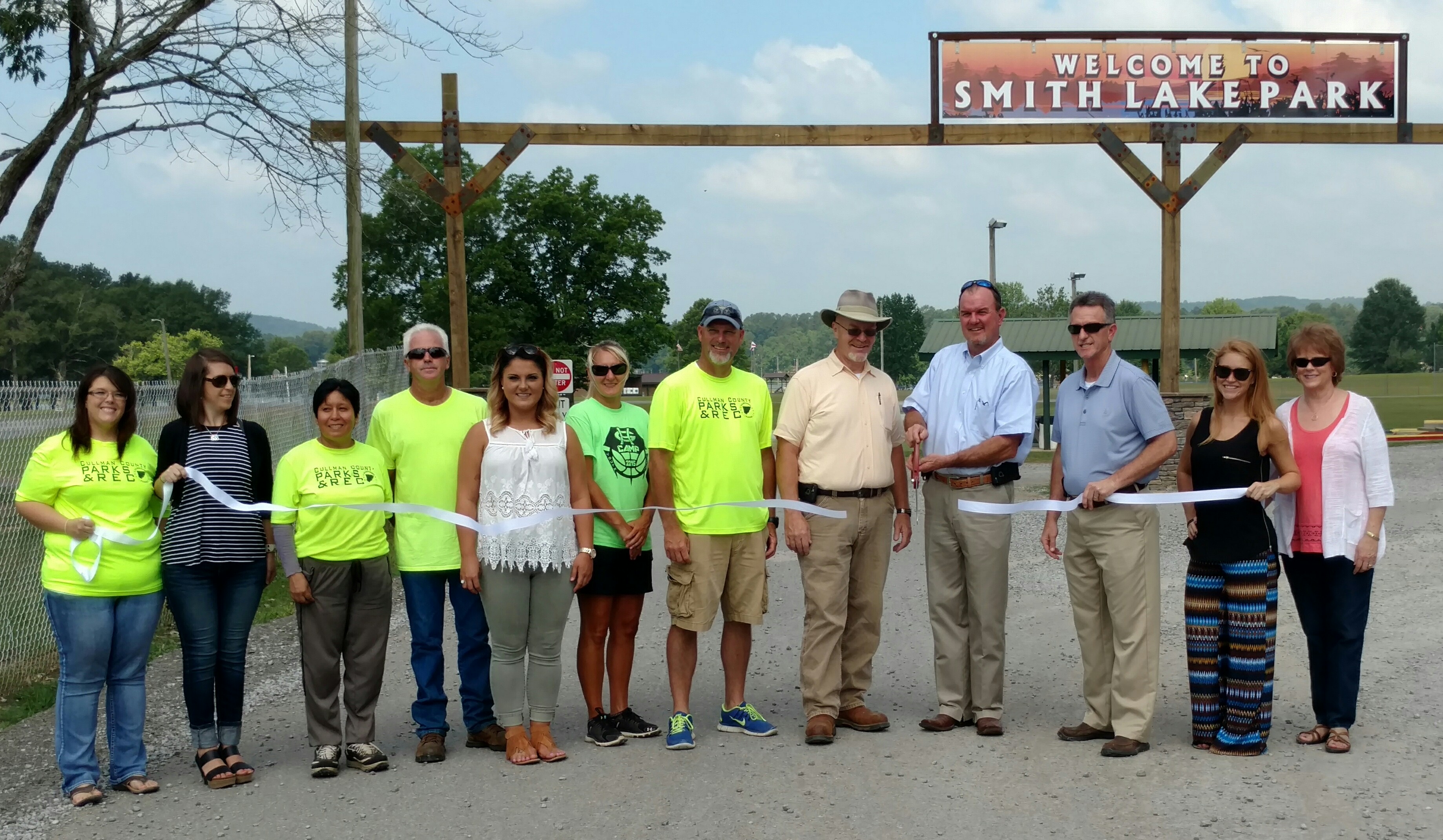 The anniversary party got started with a ribbon cutting at the park entrance and free hot dogs, chips and drinks for visitors and partygoers.

Davenport, who has led the county’s parks as they’ve gained more popularity in recent years, uses a common sense approach to his work, as evidenced in moves such as his decision to open up a heavily treed area near the waterfront at Smith Lake to tent campers.

“I came down here and saw that they had easy access to the bathrooms close by. It was so overgrown that you couldn’t even run a fox through there! I had them clean it up and we started renting in that area. Now, everybody wants down there because they’re closer to the water, closer to the pool and closer to festivals.”

The new store and office at Smith Lake has everything that park visitors could possibly need for their trip to the lake. Grilling accessories including charcoal, grill spatulas and paper plates line an end cap, with additional stock including life preservers, swim goggles, T-shirts and even fresh coffee. A visitor could show up at the park completely unprepared for a weekend stay, visit the new store and come out ready to meet the weekend fully armed with supplies.

Taking over as county parks director in January of 2013, Davenport didn’t have a manager for Smith Lake Park for over a year so took that job upon himself as well.

“I took this over along with all of the other parks and worked about ninety hours a week and still work about 50-70 hours a week, but at least I cut back 20 hours a week! There was so much that had been let go. We’ve got everything improved with what we’ve got and now we’re trying new things to generate revenue and apply for any grants we can.

“We’re real proud of this store and happy that we’ve had good business so far since Memorial Day. We were booked up with an overflow of 30-50 people for at least four weekends so far. I’m sure the new store will help people that come to the park.”

Smith Lake Park Manager Tony Harris took advantage of having members of the commission at his disposal by showing them areas of the park that he has future plans for. Watson and Walker listened to the ideas and will help as best they can for the betterment of the park.

Smith Lake Park is located at 403 County Road 386, Cullman, AL 35057 and can be reached at 256-739-2916. Their next scheduled festival will be the 4th of July celebration which is scheduled for Saturday, July 2. For more information, visit their website at http://www.cullmancountyparks.com/smithlake.html.