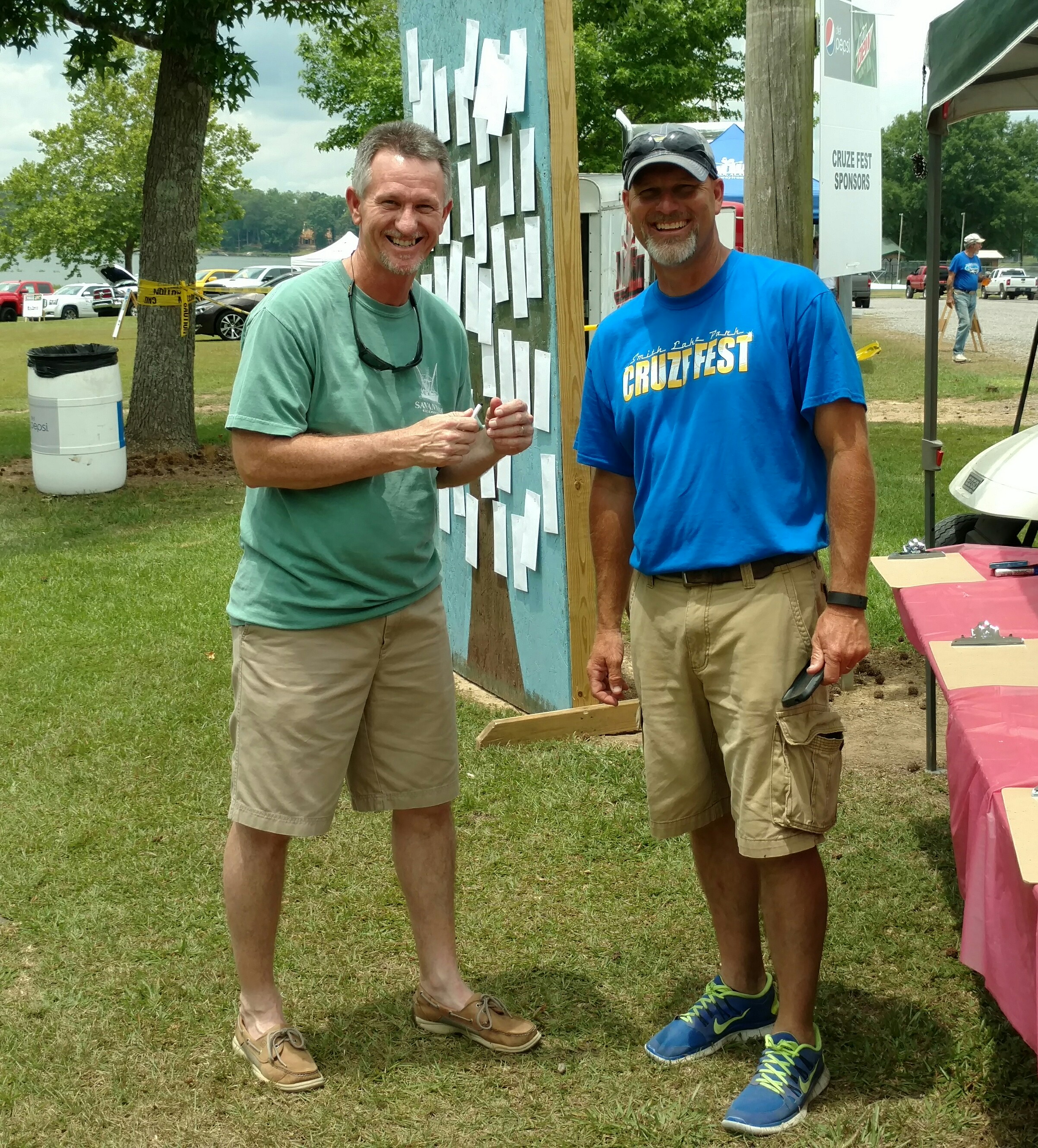 CULLMAN – Despite the sprinkles of rain and dip in attendance due to Rock the South, the second annual Cruze Fest and Swap Meet, hosted by Smith Lake Park, provided a much appreciated and slower paced alternative to the big music festival in Cullman.

With the cars lined along a new location behind the stage, the owners were able to enjoy the day sitting in the shade behind their entries instead of in the hot sun.

In addition to the waxed American beauties that included a 1968 Road Runner, a bright green Gran Torino and a Trans Am that made visitors do a double take looking for Burt Reynolds and Sally Field, Cullman County Commissioner Kerry Watson was on hand to enjoy the cars and the fellowship.

Before the drawing of numbers for the money tree, Smith Lake Park Manager Tony Harris announced, “All of you have a very good chance. There’s envelopes on here, and I believe there’s just a little over 50 cars, so you’re all in good shape to get something off the tree!”

Harris was correct in his assessment as most of the car owners were winners of the cash prizes that ranged from $10 all the way up to $100. The winners of the smaller denominations were quick to point out that a $15 prize covered their entry fees so they were grateful for their winnings.

As the drawings continued, only one of the two $100 envelopes had been selected until eventually only one envelope was left on the money tree. It was clearly the last $100 bill envelope, and the remaining handful of registrants anticipated their numbers being called.

The lucky winner was car number six, a Jeep, owned by Hayden resident Gene Devaney who won a $35 car cleaning kit earlier in the day. Devaney was also the winner of $50 off of last year’s Cruze Fest money tree. Devaney joked that he hoped to keep today’s $100 prize money hidden from his wife in hopes of not having to share it.

Harris expressed his gratitude to all of the attendees and car show participants for their support. He also thanked his staff for their dedication in pulling together today’s event.

“I would just like to say that I hope y’all had a good time and this event takes a lot of planning and a lot of hard work. I just appreciate y’all coming out and supporting it. This is our second year and we’re going to have a third and if you’d come back and support it I sure would appreciate it.”

Harris is undecided if the park will combine next year’s Cruze Fest with the park’s annual Memorial Day event. With today’s car entries being down to 55 from over 100 last year, his decision may have become easier to make.