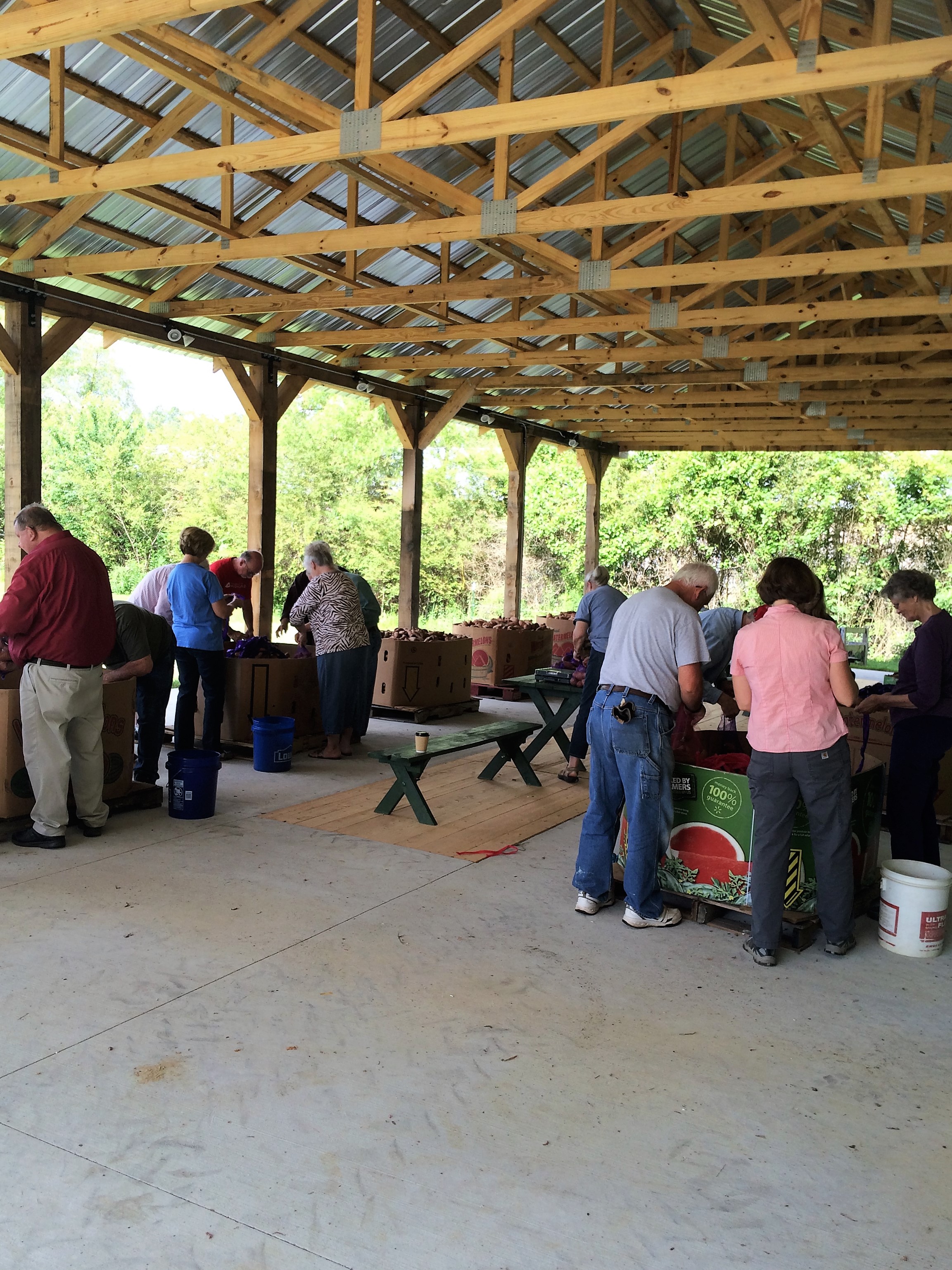 The event was the Agriplex’s second of this nature so far this year, the first being an apple drop on Easter weekend. For both events, the Agriplex partnered with the Society of St. Andrew (http://endhunger.org/). “Since 1983, the Society of St. Andrew has salvaged fresh, nutritious produce from American farms – produce that otherwise would be left to rot – and delivered it to agencies across the nation that serve the poor.” The SoSA delivered the potatoes to the Agriplex, where volunteers took over, bagging the produce.

According to Hannah Kren, the event’s organizer, the goal of the drop was to reduce food waste.

“In America we throw out half of edible food, or food that could be eaten, just because it doesn’t look pretty or doesn’t meet a grocery store standard; the food is too big, too small, too ugly, it’s shaped like a duck, whatever,” Kren said.

The second goal of the event was to get food to those who need it.

“A lot of the food agencies that we work with, they usually just have shelf foods – canned and boxed goods – they don’t see a lot of produce,” Kren said. “So this is a good way to help stop agricultural waste, and at the same time, help get produce to people who really do need it.”

Another benefit of having a gleaning event like the Sweet Potato Drop is to help people see what food really does look like.

“We’re so consumed with, when we go into a grocery store, that a sweet potato should look like ‘this,’ and ‘this’ is the only way it can be edible,” Kren said. “When you come [to the Agriplex’s drop events] you’re going to see a lot of different shapes, sizes, and the food is going to have maybe a scar on one side of it. But it’s all still good to eat. I think it gives people a real sense of what real food is.”

This issue of a disillusionment regarding what food really looks like and the issue of food waste has grown into a borderline national epidemic, with national shows such as HBO’s “Last Week Tonight” airing an entire segment on the topic. (See http://qrne.ws/food)

The North Alabama Agriplex installed a new pavilion this spring, a smaller version of the Festhalle in downtown Cullman. Because of this new pavilion, the Agriplex is able to host events like the sweet potato and apple drops, and keep the food and the volunteers in the shade.

Kren estimated that there were about 9,000 pounds of sweet potatoes picked up today by 21 different local agencies.

Kren, a Minneapolis, Minnesota native, is a member of AmeriCorps VISTA (the domestic version of the Peace Corps) and is in Cullman serving at the North Alabama Agriplex through that program.

For more information about the North Alabama Agriplex, visit http://agriplex.org/.