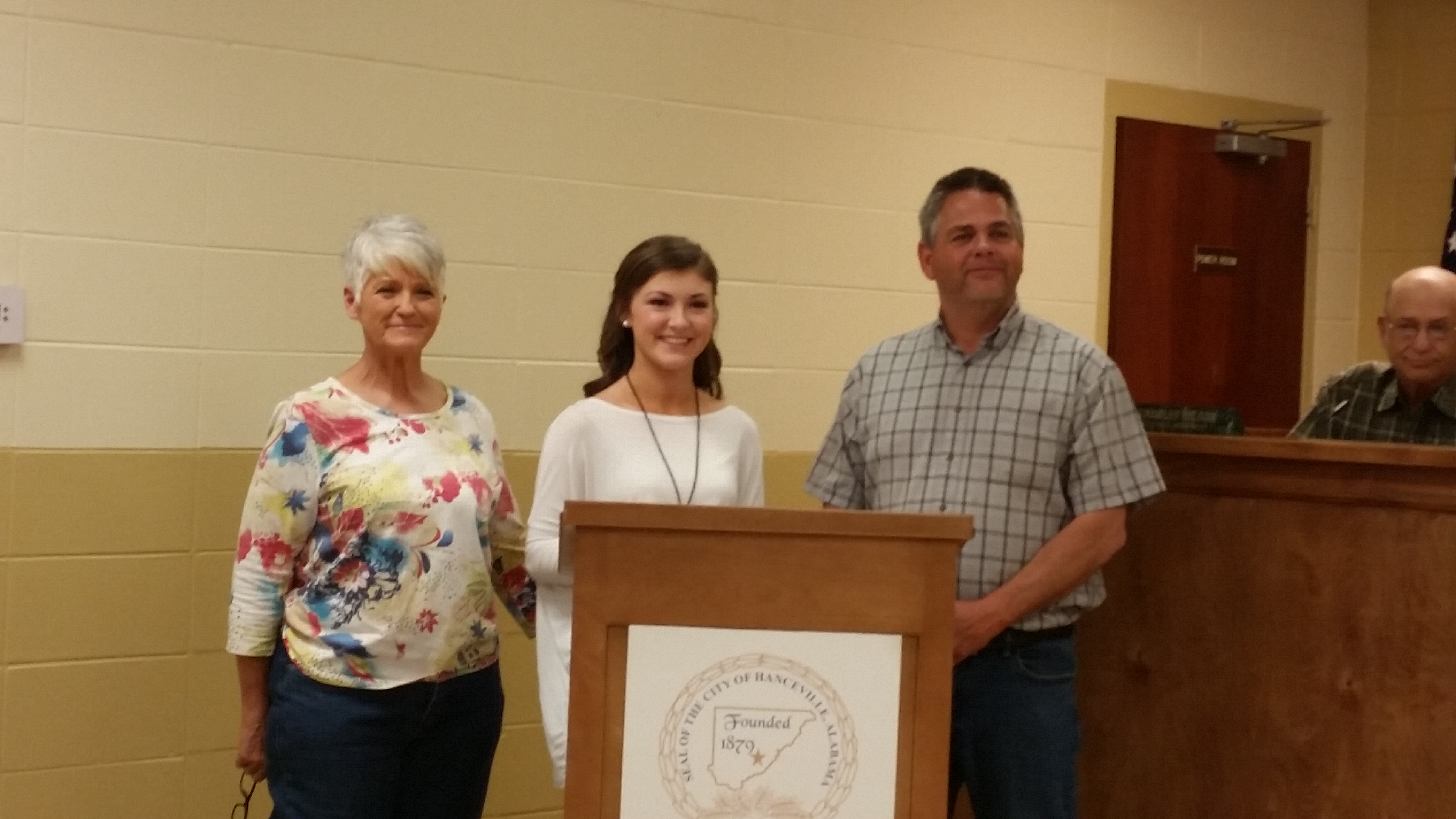 HANCEVILLE – The Hanceville City Council gathered for a regular meeting on Thursday night, and the spotlight was on the winners of the Hanceville Civitan Club’s essay contest.

The theme for this year’s essays was “I am the key to serving my community.” Both Glenon and Long read their essays to the council members and meeting attendees.

In new business, the Hanceville Fire Department purchased new air packs, and the council spoke about getting rid of the older, surplus packs, which are valued at $43,750. A motion was made and approved to place the packs on www.govdeals.com with a reserve value of $38,000.

In old business, Mayor Kenneth Nail spoke up first about the invoice from AT&T that was discussed last month. The bill was to repair a line that the mayor cut accidentally earlier in the year while using heavy equipment to work on a ditch project along U.S. Highway 31.

“First off, I would like to clear up some inaccurate reporting from the Cullman Times. We were never charged $210,000 for the fiber optic cables. I don’t know where the Cullman Times got that,” said Nail. “Anyway, it was $10,000, which was waived. We didn’t have to pay that. The last bill we got from AT&T was for $6,000. Insurance said they would cover it; we may have to pay the $1,000 deductible.”

“With Mother Angelica’s passing, if you were in town you would have seen over 100 staff law enforcement personnel from Hanceville to Cullman City, Cullman County, state troopers from Blount County, Marshall County, Etowah County and EMA; I know there were 110 on the email list. They were here all week. We expected a huge amount of people; I think we estimated about 2,500 to 3,000 here for the funeral and probably a couple thousand each of the last couple days before that.

“We have been planning for this for the past five years, probably longer,” Long continued. “Everything went really smooth. The weather wasn’t the most cooperative for us, but as a whole, Hanceville and Alabama was (sic) televised worldwide and I just thought everything went really smooth. I would like to thank everybody who participated in the event. The cooperation was statewide and wonderful.”