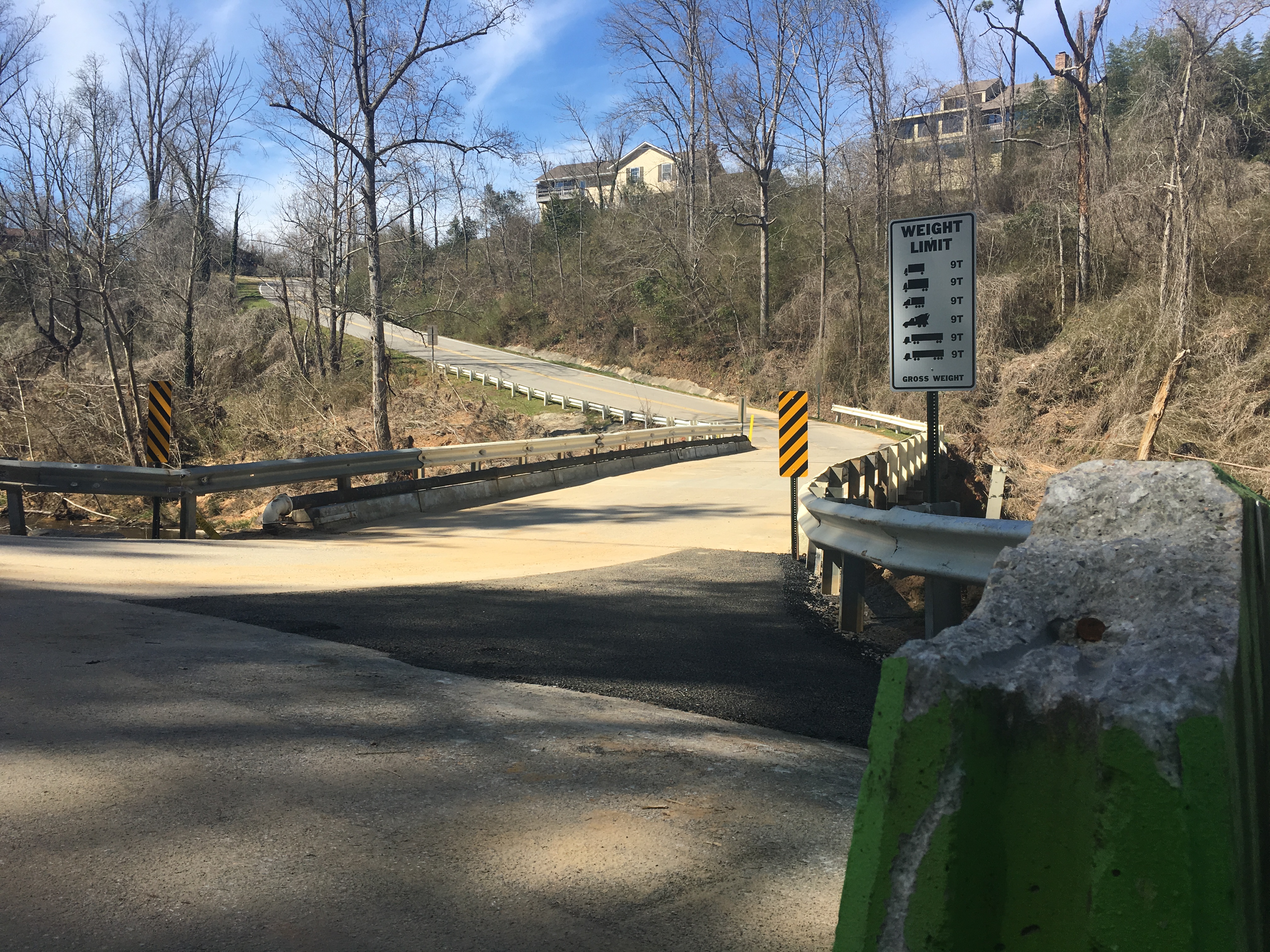 CULLMAN – The Larkwood Bridge, located at the intersection of Larkwood Drive and Convent Road Northeast, has been hit with many floods over the years; however, the 100-year flood on Dec.25, 2015 tested not just the bridge, but the roadways as well.

The road washed away, taking more than 80 feet of the roadway, but the bridge stood strong, despite being topped by more than 5-feet of water. After many months, the bridge is now reopened.

“We had to do some minor repairs such as new concrete on the deck of the bridge and some new guardrails, but the bridge held strong during the flood,” said Tom Charney, director risk management, City of Cullman.

The roadway is a whole different situation. Charney explained, “FEMA is expected to come in to finish assessments, but currently we are looking at an 80-20 split, with the City of Cullman being responsible for 20 percent of the cost while FEMA will cover the other 80 percent.

“The current cost for fixing the roadways in the Larkwood community will cost roughly $1.3 million,” he added.

If the current cost stays at $1.3 million, the city will be responsible $260,000, exactly 20 percent of the aforementioned cost.

Photo: Larkwood Bridge was reopened on Friday following months of closure due to safety issues following the 100-year flood on Dec. 25, 2015.