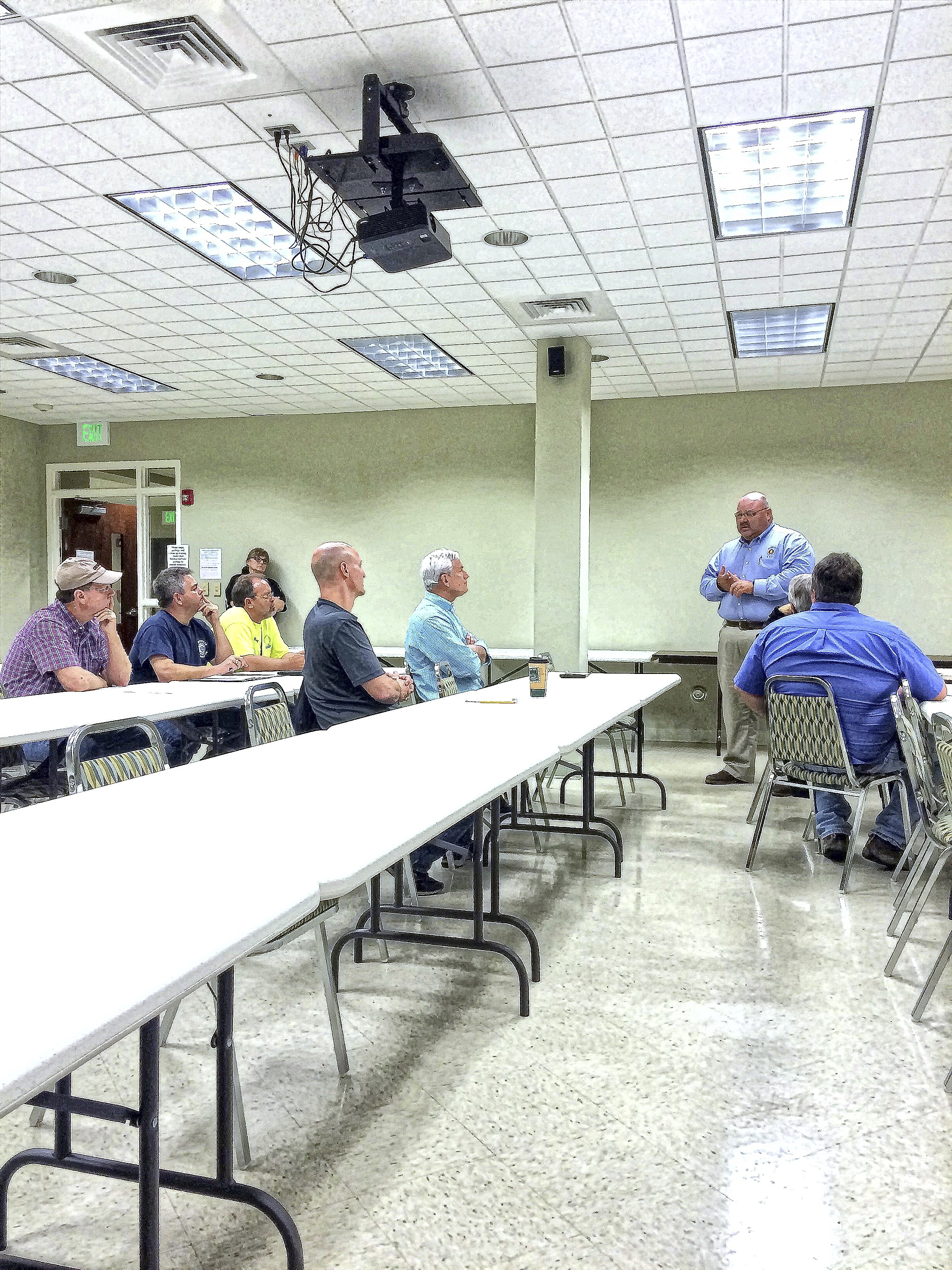 "There is a $7 million threshold that must be met," Faulkner said, "and that is statewide, total cost of damages and cost of emergency response."

While noting that it is unfortunate, Faulkner said that Cullman is experienced in managing extreme weather.

As far as the total damage statewide, Faulkner said "we (AEMA) have 23 counties that we have gotten reports from that have damage. That's all the way down from the Florida state line in south Alabama, to the Tennessee state line in north Alabama."

Faulkner said that he and his colleagues will assess which areas in the state were hit the hardest over the coming days.

"I got (sic) to tell you," Faulkner said, "I think Cullman is going to be a very hard-hit county in north Alabama. All indications are that (Cullman is) going to have more flooded roads and roads that have washed out, and bridges along with this other damage than most places."

The final cost of damages in Cullman and the state are unknown, but Faulkner hopes to get those figures as soon as possible to expedite the emergency funding process.

During the storms of April 2011, Faulkner said that proof of damage was not needed to request funding from FEMA.

"The damage was so massive that it just took a look around to see that we have met our threshold. The FEMA administrator was actually in Cullman after those storms."

Faulkner emphasized that the safety of individuals is the number one priority. After that, the short term goal is to ensure that emergency funding is secured so all damage can be repaired, and everything can get up and running again.

Sen. Paul Bussman, R-Cullman, also attended the meeting and inquired about specific numbers and needs of the community.

Faulkner said it was important for citizens of Cullman and Alabama to understand that it is possible for funding to be given in some areas and not given in others, merely based on county or state lines.

Even if Alabama qualifies statewide for assistance by reaching the $7 million-dollar threshold, individual counties must reach a variable per capita threshold.

The threshold for Cullman County per capita, according to Cullman County EMA Director Phyllis Little, is $287,049. "We have met that, and we have documented the damages," Little said.

The process of receiving funding will be slightly longer than in 2011, but, as Faulkner noted, "that can be a good thing, because during this (2015) storm Cullman does not have any deaths."