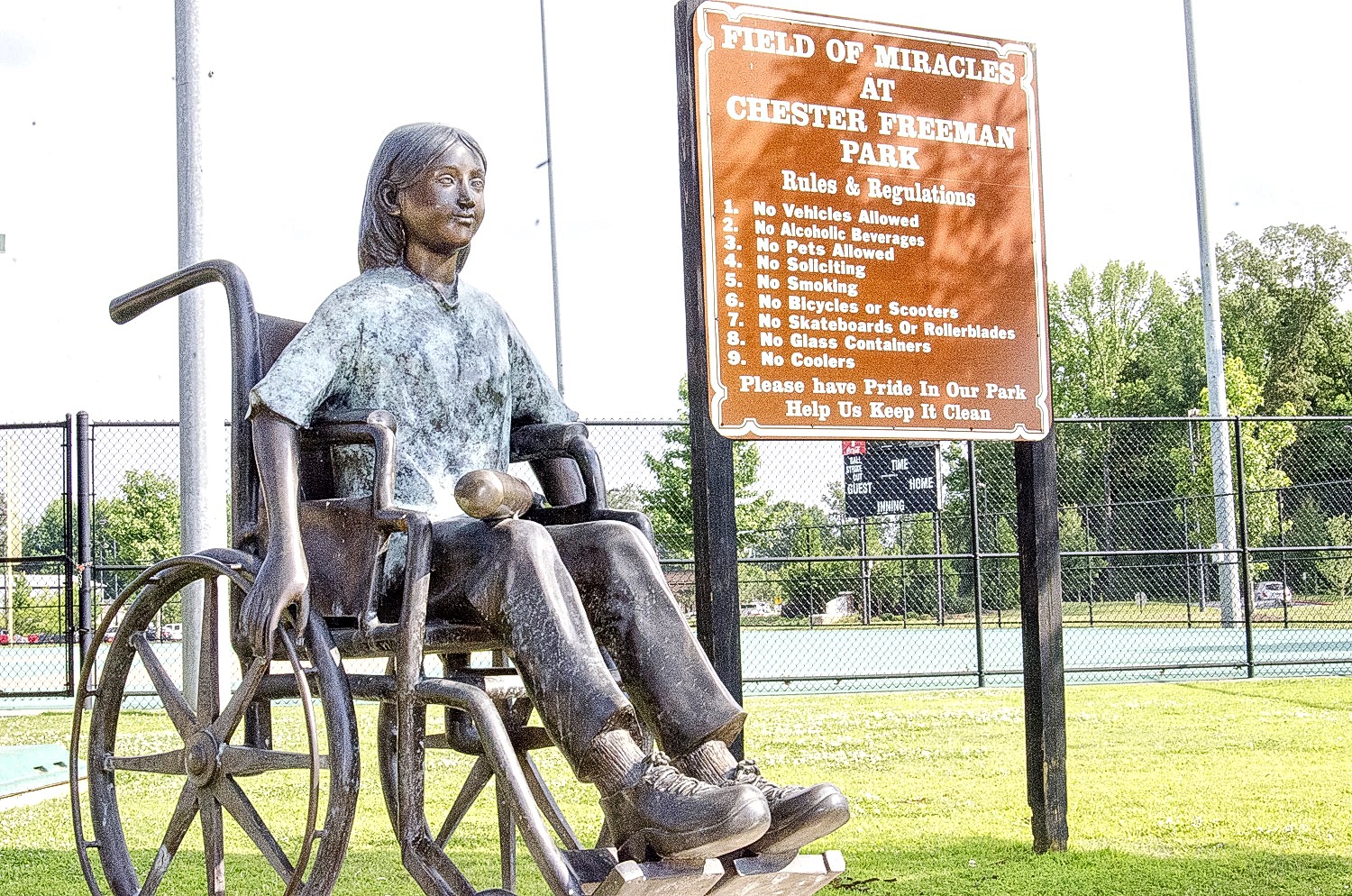 CULLMAN – The Field of Miracles was a vision of Chester Freeman, the Park Board, and former Cullman Parks and Recreation Director Jon Hunt, to ensure everyone has a place to play.

“The field opened in 2006, and it was built from different donations, and sponsors,” Shelby Williams, Cullman Parks and Recreation Athletics Director said. “There were various people in the community that got together and realized that we had over 2,500 special needs people in our area.”

Today there are about 122 players in the league that play in the spring and fall of each year.

“Meeting the need of all of our community members was very important to us. So we wanted a place where they could play, they could perform. They could experience what every child and adult with full ability could experience,” stated Nathan Anderson, Cullman Parks and Recreation Executive Director.

“So that was kind of the inspiration behind it, we also had the need for additional ball field space. We had packed out at the Heritage Park Complex, and we knew any field we built would fill up to. Right now with Field of Miracles and Champion Field we are full 43 weekends out of the year with tournaments.”

Additionally, the field is used for special events such as soccer and kickball. Cullman Parks and Recreation has also hosted the Miracle League World Series.

Anderson said, “We have baseball teams come from up to two hours away to serve one night in our Miracle League games. I talk to the coaches after they come to just thank them for their time, and they are thanking me. Every member of their team, the coaching staff and the parents are just touched by what happens with this, what the game does for our players in the Miracle League.”

Rusty Turner, Park Board President, expressed his thoughts about the field, "The Field of Miracles Complex satisfied a need for our community to give children and adults of all ability levels the chance to play ball."

A collection of parents whose children use the park agreed, "It gives our kids the opportunity to participate in sports; otherwise they wouldn't be able to."

Darlene Quick, one of the players in the Field of Miracles League, stated the reason she loves Field of Miracles is, "Team sport and compete and win." Baseball player, Eddie Shaddix said his reason is, "So I can hit a homer." "I love playing ball," Christie Brown, another Miracle League player, stated.

Because of the Field of Miracles, disability does not get in the way of players feeling pure joy when they swing a bat or get to home plate.

“The neat thing about the field is it’s brought to our attention the need for other developments like this. Like our playground (Ingle Park) we’re gonna be building. It’s going to be a playground where a kid with limited mobility can play alongside a kid with full mobility. There’s nothing that will stand in their way to play on this playground. So it’s a playground for everyone. Our eyes were opened to that because of the Field of Miracles,” Anderson said.

“It’s imperative for us to serve our community, everyone. When you show up and see the faces of our baseball players, softball players or tee ball players that use that field, it’s amazing. It is truly incredible to see their excitement, their enjoyment of that baseball field. We want to always do our best to think of all those that we serve, and to serve them to the best of our ability.”

The Field of Miracles is located near Cullman Wellness and Aquatic Center at Graham St SW, Cullman, AL 35055.