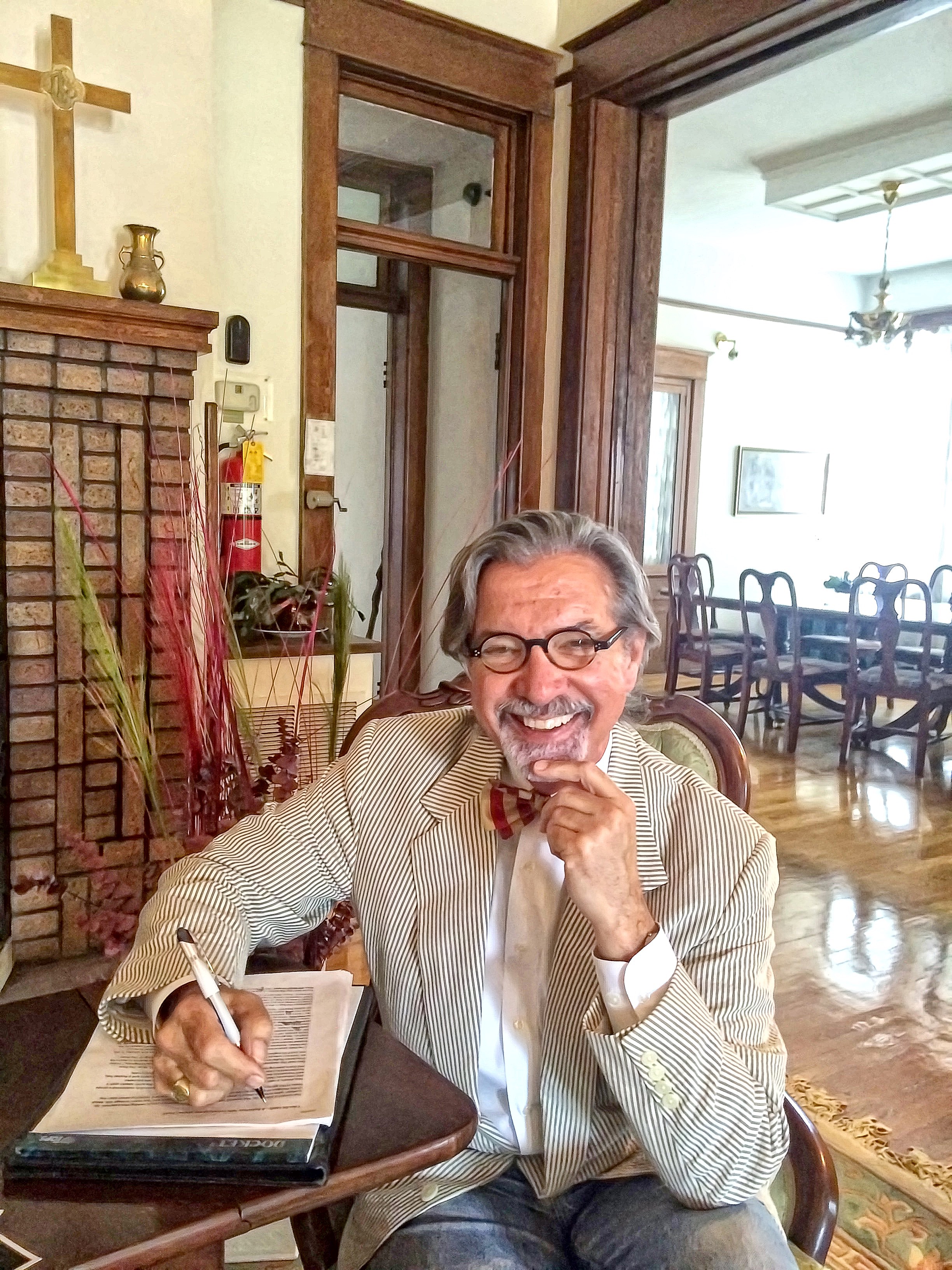 CULLMAN – After working on a research project for a telephone company, Ben Johnson had a lot of data. He had studied the people of the southeast, how they work and live, and had ended up with a comprehensive understanding of southern culture. In fact, according to Johnson, he is the first person to quantitatively “define what it means to be southern.”

He coined the term “southernness,” created a website, Southernness.com, where he sells clothing and home furnishings described as “southern chic.” He also began calling himself Ben South.

Although he says he would be passionate about any region had he been born there, Johnson’s passion is southern culture and artistry.

He is a self-described lover of theater, someone who “tests solidly as an introvert,” and a vestige of high-class southern eccentricity.

Johnson is also preparing to debut the third and final play of his ‘Alabama Trilogy.’ He shies away from calling the shows ‘plays,’ and instead describes them as simply ‘comedies.’

The way Johnson describes the plays seems as though the shows digress in intensity and density of content as one moves from the first to the third and final comedy.

“The plays are all stand-alone. You can watch just one of them by itself,” Johnson said. “What really connects them is mood and the tone, really.”

The first show, ‘So Southern,’ was written by Johnson six years ago. It is a one-person show, that Johnson describes as “stand-up comedy.” It is in this comedy that Johnson exercised his need to relay all the data he gathered from his research, and he found a comedic way to do that.

The second play in Johnson’s ‘Alabama Trilogy’ is titled ‘Yours Eternally.’ It is an “epistolary play,” according to Johnson, Johnson also explained that he wrote the play as a love-letter to his mother, who he lightly likens to comedian Louis C.K., in that they both have a dry sense of humor and are each “absurdists.”

The third and final play will premiere on Father’s Day at Wallace State in the Burrow Auditorium at 3 p.m. and is titled ‘Y’all of Fame.’ Johnson describes the final show in his trilogy as slapstick comedy. “I pumped it full of jokes,” he said. And, if ‘Yours Eternally’ is a tribute to his mother, Johnson says ‘Y’all of Fame’ is a tribute to his father. The play costs $10 and tickets will be purchased at the door, with the proceeds going to Wallace Future Foundation for Performing Arts.

Johnson allows his creativity to flow into various projects, and Cullman is lucky to be able to claim a person so devoted to the revitalization of southern culture, and “southerness” altogether.