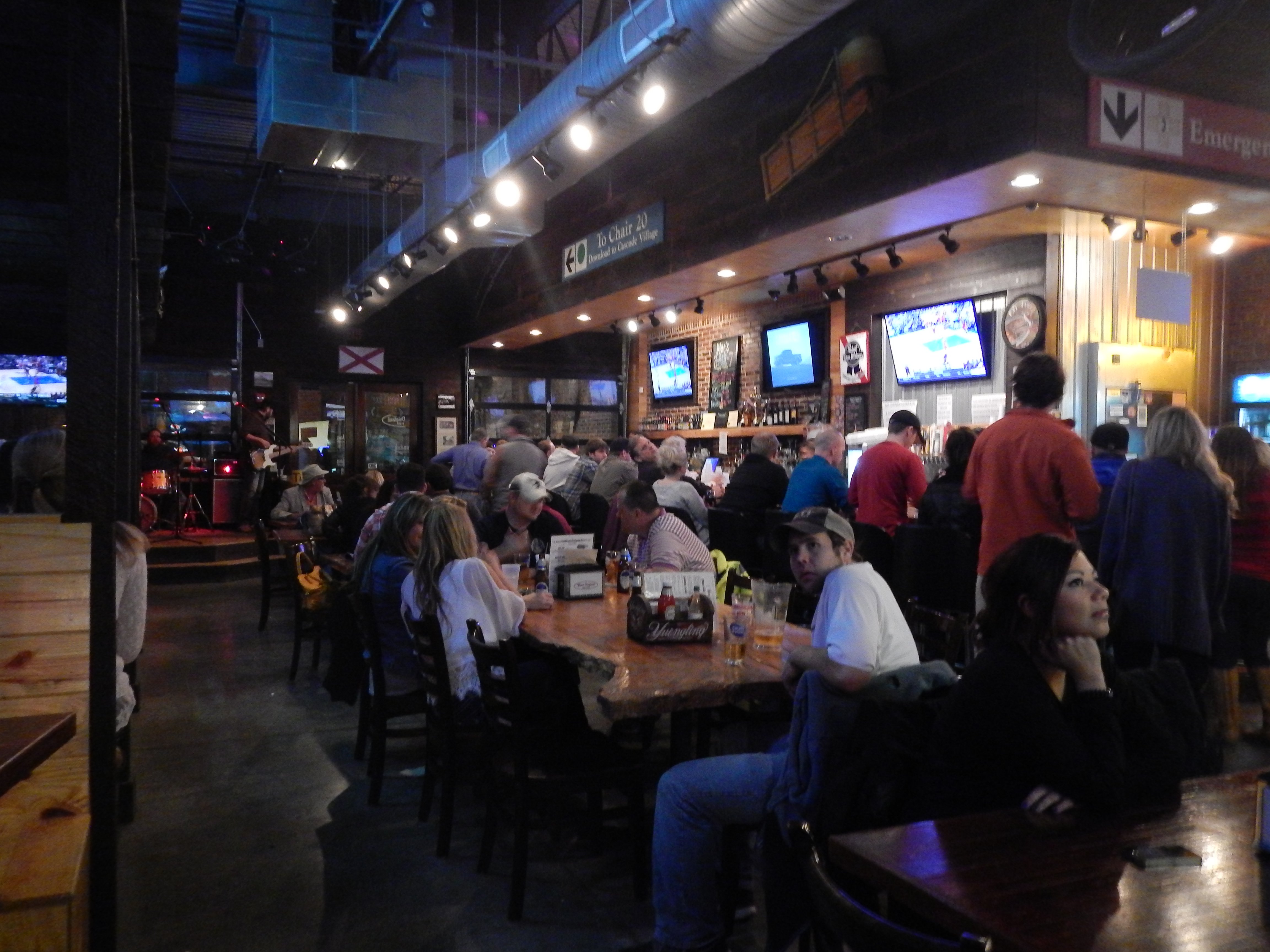 CULLMAN – For years, residents of Cullman who wanted to go out at night for a few drinks and live entertainment had to travel to Huntsville or Birmingham. Since the city passed the legal sale of alcohol with official sales taking place in 2011, an emerging and fast growing nightlife scene has arrived, keeping a lot of business here in Cullman.

Live bands are not the only form of entertainment people can enjoy at night, live trivia nights have also become increasing popular. The Busy Bee Café holds a live trivia night every Thursday from 6-8 p.m. through the company Challenge Entertainment. Players can eat great food, have a drink and test their trivia skills all while playing for some great prizes. Kyle Spears, manager and chef at Busy Bee, says that adding this attraction has been very beneficial for business.

“Since I started doing trivia nights we have seen at least a 100 percent increase on Thursday nights,” Spears said. “I first heard about them [Challenge Entertainment] when I played at a place in Huntsville. I found it really entertaining, and the regional manager for the company was looking to do business in this area. When I found it was the same company, I signed them up.”

One patron on Thursday, Michael Sullins, was very happy to have a game night like this in the area.

“I have been coming here for many years,” Sullins said. “I think this is a fantastic Thursday night event. It is a great end of the work week thing where you can come in and throw back a couple beverages, eat a nice meal and have a lot of fun.”

On Friday and Saturday nights, many establishments host live bands, and owners like Tyler Jacobs of Grumpy’s Italian Grill say that it has been a tremendous help.

I would say the nightlife is growing a lot, because people know they no longer have to go to Birmingham or Huntsville.” – Tyler Jacobs, owner of Grumpy’s Italian Grill

“I use New Year’s as my measuring stick for the success of having live entertainment,” Jacobs said. “Our first New Year was just nothing. No one was in here. Then the second year things got better and we saw some significant growth. Then this past New Year’s was a big jump and even better. In general I would say the nightlife is growing a lot, because people know they no longer have to go to Birmingham or Huntsville.”

On Friday night, Moe’s Original BBQ, was jam packed with hungry and thirsty patrons who came to hear a good band. The Zillionaires were rocking the house, and manager Jeremiah Connell said it is due in large part to the bands they book.

“On weekends when we don’t have live entertainment because we can’t find someone or we have a cancelation, it does have an impact on the business,” He said. “We can go from it being crowded like this to it looking like a Wednesday night. Luckily, there are lots of good bands, and we have people coming in every day wanting to book a date.”

Brothers Kitchen & Pourhouse is a smaller restaurant that likes to keep its relaxed vibe on the weekends. They pride themselves on bringing in serious artists to play for their customers, and according to co-owner Will Dowdy, the efforts of bringing those artists in have paid off.

“We have seen a 10 to 20 percent increase since we started having live music,” he said. “We try to keep a mellower vibe. We want people to be able to have a drink and hear good music, but we want to keep a family atmosphere as well. If someone came in here with their kids right now, they could without having to worry. We try to not repeat artists too often and mix it up to give everyone a chance. But the nightlife has been good so far.