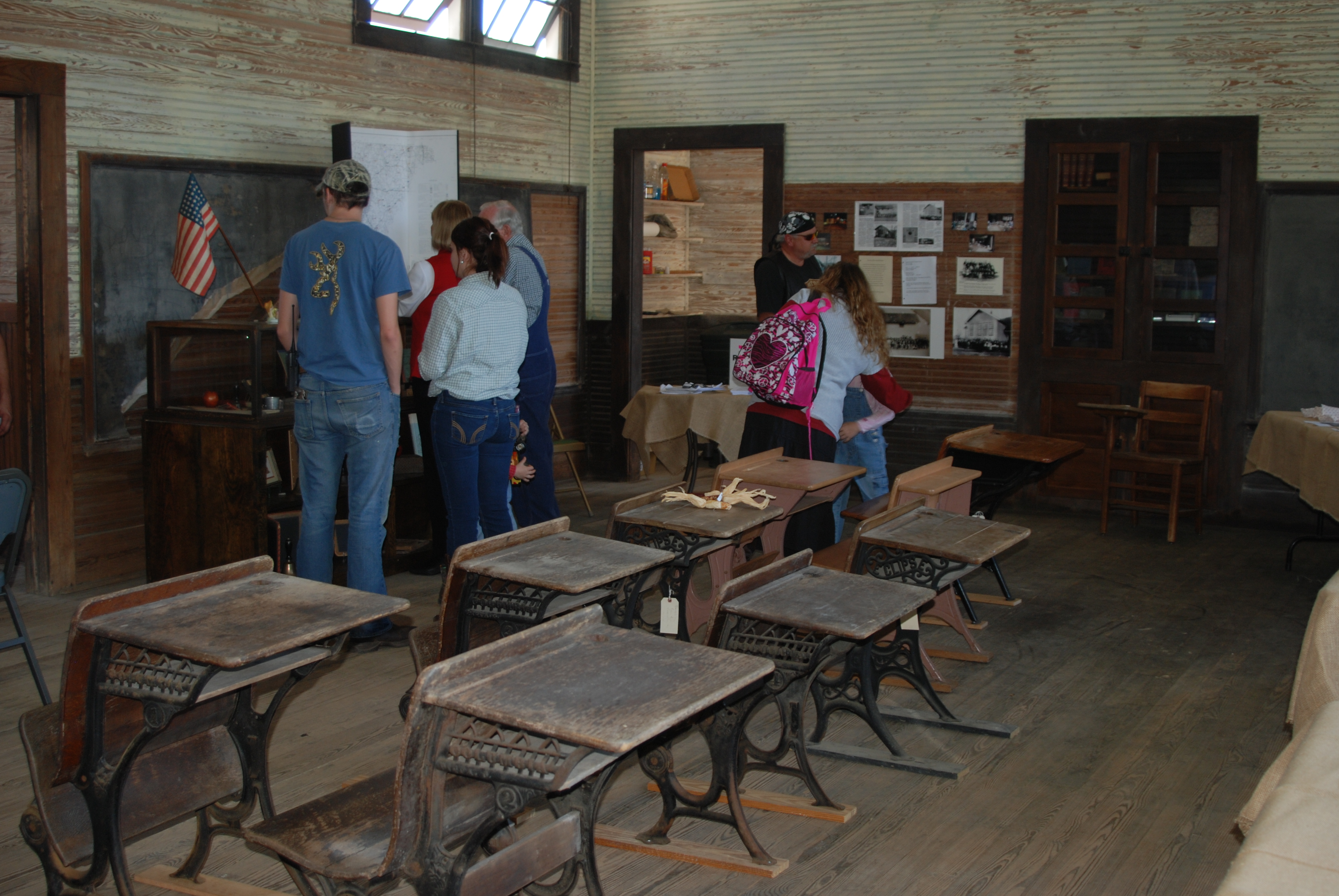 CULLMAN – Next door to the North Alabama Agriplex is an old wooden schoolhouse. Hanging on the wall for all to see is a small white sign that reads: Red School House Property of Peinhardt Living History Farm Fo. 2008. The aged walls that line the building have seen more than their fair share of memories over the years. Its memories go back several generations, but it also continues to see fresh, new memories to this day.

Red Hill School was once located in Brown’s Valley, which is between Arab and Guntersville in Marshall County. The land on which the school originally stood had belonged to Mr. Hollis Robert Whitman, who had been one of the school’s first principals.

The school goes back to at least 1890 where it was once mentioned in “The Guntersville Adviser”. In the article, Mr. McCormick was mentioned as a teacher and the children had to purchase their own books. Students arrived at school at 8:30 a.m. and their teachers were paid $30 a month and up. While these youngsters learned a lot of the same things kids are learning today, there were several different and very interesting subjects that were also taught.

Some of those subjects were cooking, board sewing, crocheting, deep breathing, bird calls, scientific eating, patriotism, plain and fancy bathing, forestry and other sciences too numerous to mention. Unfortunately, the school burned to the ground in 1926, which meant the children had to attend school at the Red Hill Methodist Church for a few years. In 1930, the school was rebuilt with the help of the community, near the church and it was for children in grades 1-6.

In 1946, Red Hill School was consolidated with Warrenton Elementary School. Much later, in 2008, Mr. Don Smith of Grant, Alabama, donated the frail old schoolhouse to the Peinhardt Living History Farm. With tender loving care, it was moved to its present location near the Agriplex and restored by Eddie Peinhardt, Ed Richmond, Bill Peinhardt, Bill Hendrix and many others.

Today the school building is used during the Peinhardt Farm Day to educate the people in the community about the history of each school in Cullman County. During this time, volunteers from all over the county come dressed in old-fashioned clothing and set up booths with information about each of the schools. Guests are welcome to come and ask questions as they look around at all the period desks and other educational tools that were used in the schools back in the early 1900s.

If you haven’t had a chance to visit the Peinhardt Living History Farm and the Red Hill School House, you may contact Peinhardt Farm at 256-734-0850 or via email at info@peinhardtfarm.org or visit their webpage at peinhardtfarm.org. Also, follow them on Facebook.