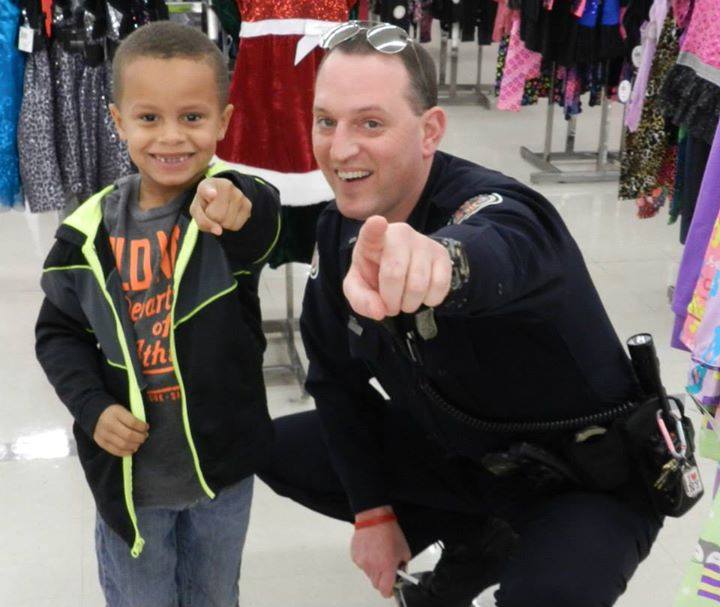 CULLMAN – The Cullman City Police Department has been working hard all year for this day. Saturday was a day to give back to local kids and families that may have needed a little extra help this Christmas. On Saturday their efforts paid off in a major way and brought smiles to the children they helped.

The Shop With a Cop program has now accomplished its second year, and the results have been nothing short of amazing, according to Officer Adam Clark who organizes the event.

“Things went really well,” said Clark. “We ended up having 24 kids total. Six of those were unable to attend, so we had 18 kids go shopping with us today. For those that couldn’t make it, we volunteer shopped for them and parents can still pick up their children’s toys.”

All the children and cops went on their shopping spree together at Kmart, who Clark says has been a huge supporter of the program.

“Kmart has been wonderful and they go out of their way to help us out,” he said. “They have snacks and drinks for the kids and also make sure that we have our own registers open. They really take care of us and had extra people around to help us out.”

With the passing of big supporter Mitch Smith after the last Shop With a Cop event, the Cullman Police Department had to come up with new ways to raise more money and beat their total from last year. Fortunately, with programs like No Shave November and many generous donations from the community, they did beat their record.

The money was more than well spent on these adorable children who lit up like Christmas trees as they made their way back into the police department to eat after shopping. Lots of Domino’s Pizza was waiting for them as they entered, and even a surprise visit from Santa and Mrs. Claus. The kids were too excited to sit on Santa and Mrs. Claus’ laps to tell them all about their shopping experience.  One mother, Beth, spoke about what the program meant to her and her son.

“It is so great that this community has this program and people who care,” she said. “I’m not able to work currently, and will be starting back to school soon. I had never heard of this before and we are thankful for the help.”

“This means a lot to us,” Clark said. “Because this may be our only experience they have with a police officer. If we can just make a really positive impact on one child, it is worth all of it.  This can be stressful to put together, but if we can help a kid see us in a more positive light, then we have succeeded.”

If you would like more information on this program, or you would like to help with next year’s event, please call 256-734-1434 or go by the police department and donate at 601 2nd Ave NE in Cullman.

Originally published in the December 15, 2014 issue of CullmanSense print edition.