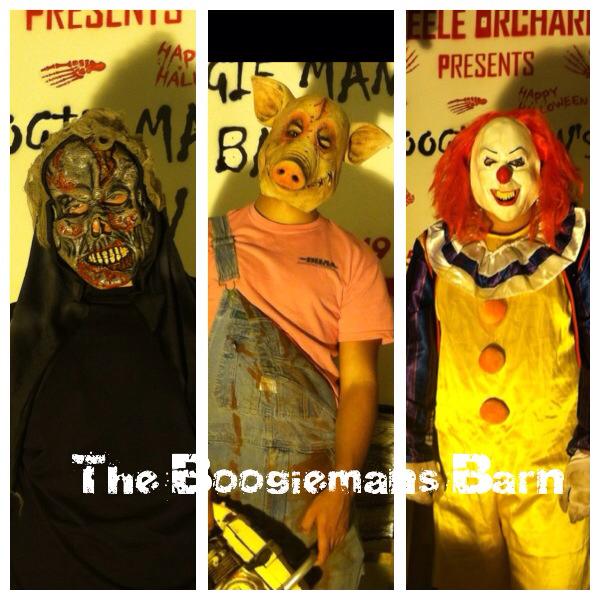 WEST POINT – Beginning last Friday October 23 at 7:00 p.m. Steele Orchard is having its 4th Annual Boogie Man’s Barn. The cost is $12 per person and Linda Steele, owner of the establishment, says it is up to the parents how old the kids they let in are.

“We used to have an age requirement, but now we leave it to the parent’s discretion,” she says. Steele says the goal isn’t to traumatize people, but for everyone to have a good time.

The event, which Steele says started as an idea to have a slightly spooky, mostly innocent, event for younger children has changed into a sophisticated operation, changing forms each year thanks to the constructor of the event, who is actually an employee of the orchard’s husband.

“It started off as something for little kids, but we did not do well. We lost money, you know,” Steele said. “But one of my employees’ husbands is an engineer and we went into a partnership with this.”

She explained his expertise; he changes the chicken house that is utilized into a haunted area, complete with a vortex tunnel, a maze, different rooms, a cemetery, and finally, the Boogie Man’s closet, which, Steele explains, is the location of the grand finale.

She can’t give away too much, but insists that there are plenty of characters to see throughout the Boogie Man’s Barn.

A page on Facebook that reviews haunted houses and events in that genre from Alabama to Florida reviewed Boogie Man’s Barn and gave it a very high rating, so even experienced haunted house visitors should enjoy their time.