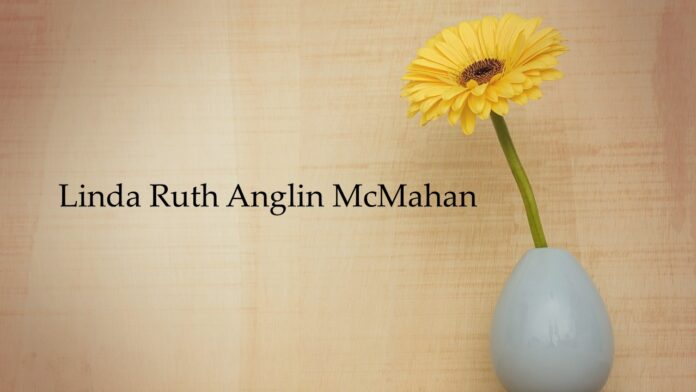 Linda Ruth Anglin McMahan, 67, of Cullman, was born April 14, 1956, in Clarksville, Arkansas, and was the youngest daughter of Ruben and Johnnie Anglin.  She was a homemaker.  Linda was unable to have children of her own.  She would have been a wonderful mother.  She opened her heart and home to many.  She loved with all her heart.  Linda had a very close bond with all her family but had a very special place in her heart for her nieces and nephews and treated them as if they were her own.  She was a wonderful friend, sister, aunt, daughter, and wife.  She will be sorely missed and forever in our hearts.

A memorial service will be held in Clarksville, Arkansas at a later date.