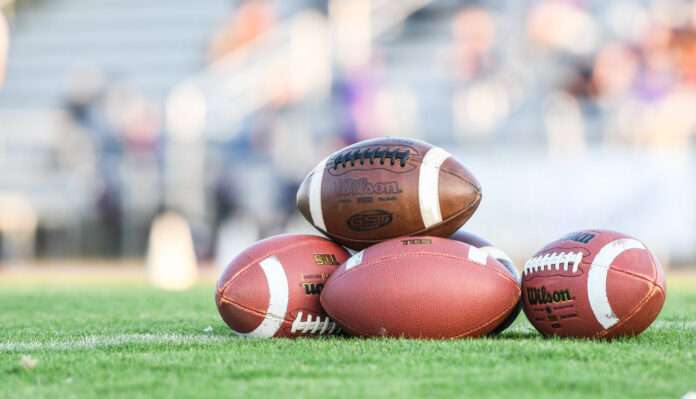 ADDISON, Ala. – Addison hosted region foe the Waterloo Cougars for Homecoming and it was a great night to be a Bulldog. Addison came away with a dominant 69-0 victory. Addison had a full slate of activities on pregame. First, they honored one-year old Saige Hall as the 2022 Homecoming Princess. Saige is the daughter of Reggie and Sadie Hall and is suffering from a tumor on her kidney. Little Saige is a fighter and the Bulldog faithful know that with all the prayers and well wishes that Miss Saige is receiving she will defeat this unfortunate illness.

The 2022 Addison Senior Class also honored four people who are not originally from Addison or graduates of Addison High but have contributed to the well-being and improvement of the school over the years. The honored were Sylvia Morgan, Wanda Gilliland, Steve Tubb and myself. I was very shocked to be included with the afore mentioned group and am profoundly humbled. Then all that was left was to crown this year’s Homecoming Queen. The 2022 Homecoming Queen went to the lovely Molly Gilbreath who is a senior at Addison this year.

Now to the game. Addison kicked off and immediately recovered the Cougar fumble giving them the ball at the 35-yard line. Four plays later, Josh “West Coast” Netherton scampered in from 9 yards out to give the Dawgs the early 6-0 lead. Netherton also ran it in for the two-point conversion and at the 10:18 mark of the first quarter, Addison led 8-0.

After an exchange of punts, Brian “Boo Boo” Berry returned the Cougar punt 33-yards down to the Cougar 32-yard line. Five plays later, Berry ran it in from 22-yards out for the second Bulldog touchdown. Netherton again ran in the two-pointer and at the 4:20 mark of the first quarter, Addison had increased the lead to 16-0.

The next Dawg possession was a ten-play drive that went 74 yards for the touchdown. Briley “Snake” Hayes found Jed “Wizard” Wilkins from 15-yards out for the touchdown pass. The two-point attempt was no good and Addison led 22-0 in the second quarter.

Waterloo’s only scoring threat on the night came after a Cougar interception that was returned to the Bulldog 1-yard line. This is where the Dawg Pound Defense made a stand. Waterloo ran four plays and lost 4 yards. Addison took over at their own 5-yard line.

Addison then went 95-yards in only 5 plays for the score. The big play was from Jacob “Flash” Hardin who took 66 yards to the Cougar 22-yard line. Berry ran it in for the score two plays later from 12 yards out. The two-point play was no good and Addison stretched the lead to 28-0 with 5:49 to go in the second quarter.

On Addison’s next possession, Braden “Cool Hand” Luker zigged and zagged his way 63 yards for the touchdown. Again, the two-point attempt was no good and Addison had stretched the lead to 34-0.

Addison would tack on one more score before the end of the half on a one play 24-yard touchdown pass. Hayes found Hayden Holland on a swing pass and Holland took it to the house. Berry scored the two-point conversion, and the halftime score was Addison 42-0.

The second half was just as bad for Waterloo as the first half was. Addison found the endzone when Hayes found Wilkins who made a spectacular catch for a 33-yard touchdown catch and run. Peyton “Rudi” Holland kicked the pat and the Dawgs led 49-0.

Addison’s next touchdown came from Jacob Mauldin who ran it in from 3 yards out. The PAT was no good and Addison upped the lead to 55-0.

Hayes went 3/12 for 86 yards and three touchdowns with one interception.

Wilkins had two catches for 48 yards and two scores. H. Holland had one catch for 38 yards and a touchdown. Luker had a catch for 13.

On defense the Dawgs were led in tackles by Jordan Hubbert with seven. Holt had six tackles. Kaden Dyson, Williams and Caleb Vintson had four tackles each. Mauldin, Isaiah Treece and Tanner Lawrence and Bradley Willette had three tackles each. Wilkins had an interception and Treece had a sack. Willette batted down two passes and Williams got one.