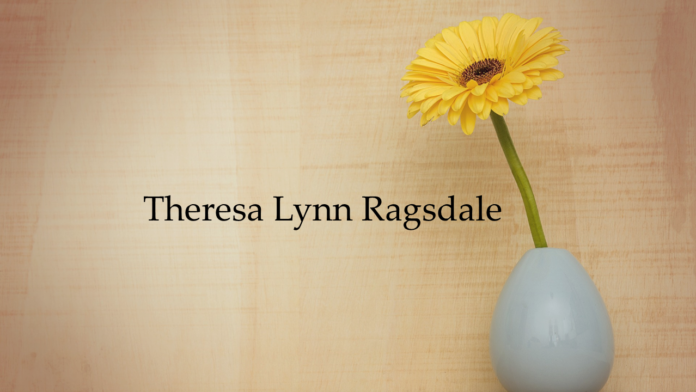 Memorial service is incomplete at this time for Theresa Lynn Ragsdale, 57, of Cullman.

Theresa passed away July 3, 2022 at Cullman Regional Hospital. She was born April 11, 1965, to James Cleveland and Bonnie Jean Post Barbee. She never met a stranger. Her life was all about family. Her grandchildren were her world.

She was preceded in death by her father; her brother: Kenneth Barbee; grandson: Jamey Puckett and granddaughter: Stardust Mullins.