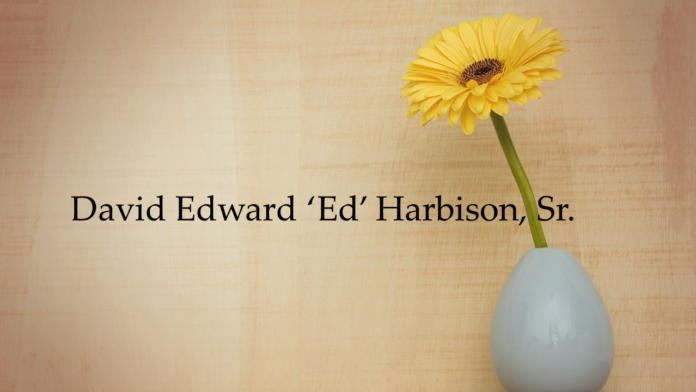 Funeral services for David Edward ‘Ed’ Harbison, Sr., 91, of Cullman will be a family only graveside service at 2 p.m., Monday, August 30, 2021.  Due to Covid, we ask that no one else attend at this time.

Born November 3, 1929 to Rev. F.W. ‘Whitt’ Harbison and Carrie Wilson Harbison in Walker County, he graduated from Walker Co. High School where he held his first office as Key Club president and President of his senior class.  While in school he worked at a service station part time, met his childhood sweetheart, Evelyn, and later graduated from Snead Junior College in Boaz, AL.  Ed and Evelyn (Posey) were married November 19, 1950 at Northside Baptist Church in Jasper, AL.

Ed joined the Army and served four years for the U.S. Army Security Agency in Warrenton, VA. with his wife Evelyn and after his discharge, they moved to Atlanta where he worked as an underwriter for an insurance company.  They had their daughter, Karen, in 1952 and moved to Cullman in 1953.  Together they purchased and managed the Sinclair station at the intersection of Highway 31 and 278 for 11 years.  Their son, David, was born in 1955.  They were members of First Baptist Church in Cullman.  There Ed continued his love for business and civic service, beginning with Deese-Harbison Insurance and Real Estate and later, opening up Valiant Insurance and Appraisal Service and Century 21 Real Estate.  He was a real estate broker and developer that constructed several subdivisions with his partner and friend Don Burnham such as Edwardian Way, Princeton Place and Parkman Place in Cullman.

Ed served as the director, secretary, 2nd V.P. 1st V.P. for the Jaycees.  He received the Outstanding Jaycee award, Distinguished Service Award and Young Man of the Year Award.  He was co-chairman of the Committee that built the first Chamber of Commerce building in Cullman, and also served as vice president of the Alabama Jaycees and the national director of U.S. Jaycees.

Mr. Harbison served as state director of five counties for the Alabama Independent Insurance Association.  He served on the Cullman County Library Board for 10 years and while serving as chairman, built the present library building and expanded the bookmobile service.

Ed held the vice president of Cullman Homebuilders Association position, and served as vice president, president and committee chairman of Cullman Board of Realtors.  He served as commissioner from the seventh district on Alabama Real Estate Commission and also as a member of the State Legislative Committee of AARP.

Ed was known as “The Man With The Plan” and was loved by many family members and friends–close and abroad.  Ed never met a stranger, enjoyed visiting and entertaining with friends, watching Alabama football, traveling the world with his wife and living life to the fullest.

Cullman Funeral Home is honored to serve the Harbison family.