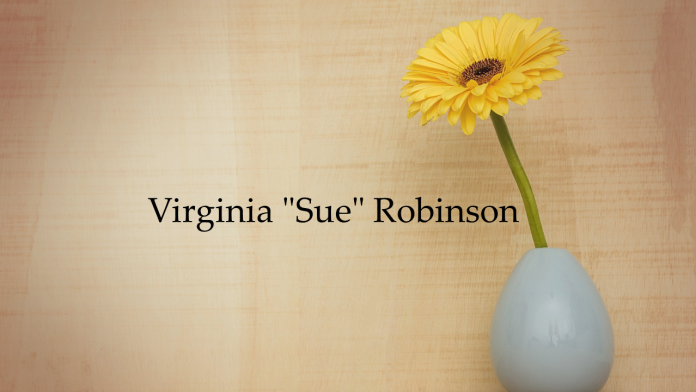 Virginia “Sue” Robinson of Cullman Alabama passed away June 10, 2021 at the age of 82. She was born January 14, 1939 in Cullman to E.R. and Gracie Nix Neal.She is preceded in death by her parents; husband: Elwin Ray Robinson; daughter: Sharron Fuller and sisters: Evelyn Hardin and Norma Bradford.

Visitation will be on Sunday, June 13, 2021 at the First United Methodist Church from 1:00 p.m. – 3:00 p.m. Please share memories and condolences with the family at www.mossservicefh.com