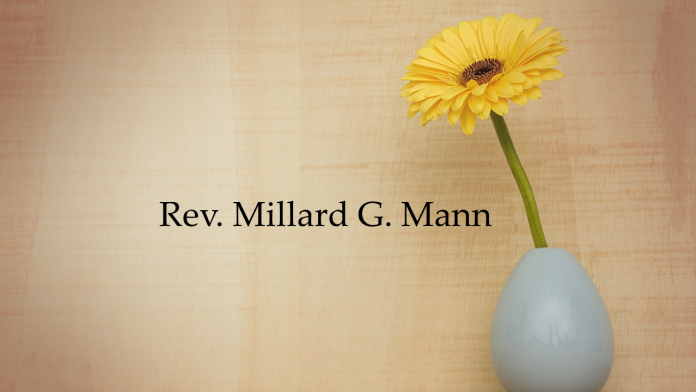 Rev. Millard G. Mann of Cullman, Alabama passed away April 13, 2021 at the age of 96. He was born March 29, 1925 in Cullman to Theophilus R. and Annie Mae Patterson Mann. He is preceded in death by his parents; wife: Wilma Mann; daughter: Janice Anita Mann and son: Timothy Allen Mann.

Mr. Mann volunteered for The United States Navy October 12, 1942 and was part of the commissioning crew of the U.S. Hector AR 7 on which he served until the end of World War II. Mr. Mann surrendered to the call to the ministry in September 1953. He served several churches in his many years of his ministry.

Funeral services will be on Tuesday April 20, 2021 at 2:00 p.m. at Seventh Street Baptist Church in Cullman, Alabama with Rev. Eric Martin and Rev. Keith Whitley officiating. Interment will follow the service at New Hope #2 Cemetery in the Holly Pond community.