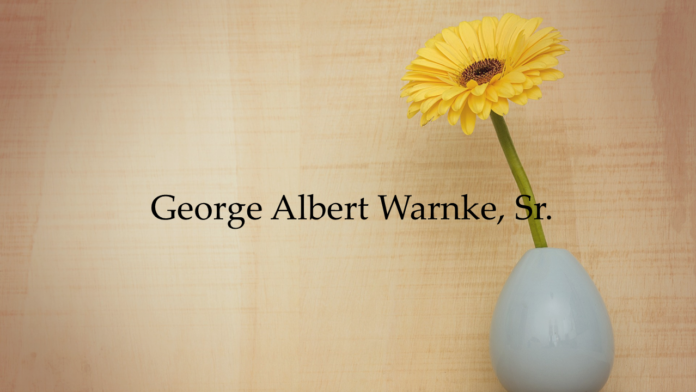 Funeral services for Mr. George Albert Warnke, Sr., 81, of Cullman, Alabama will be Tuesday, March 2, 2021 at 1 p.m. at St. Paul’s Lutheran Church.  He will lie in state from 11 a.m.-1 p.m. prior to the service.  Reverend John Bussman will officiate the service. The interment will be in the Cullman City Cemetery.

Cullman Funeral Home is honored to serve the Warnke family.

Mr. Warnke was born March 24, 1939 to Herman Robert and Alma Fredricka Reichwein Warnke. He passed from this life Feb. 24, 2021 at Vanderbilt Medical Center.

He was a lifetime member of St. Paul’s Lutheran Church.  He loved livestock, farming, and being outdoors.

He was preceded in death by his parents; wife Jeanette Goodwin Warnke; sister Dorothy Neal; and brother Robert Warnke.

The family requests that in lieu of flowers, donations be made to St. Paul’s Lutheran Church.