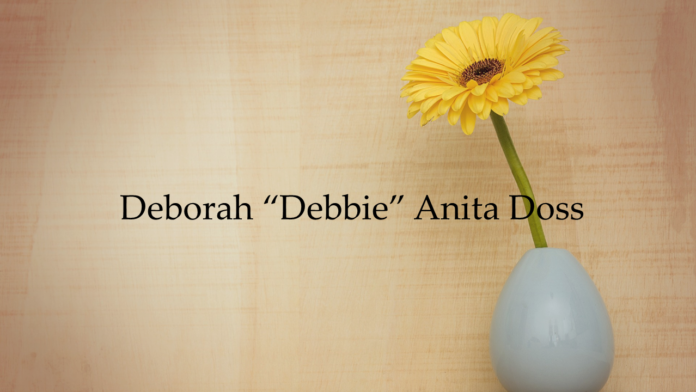 Debbie was born Jan. 31, 1950 in Cullman, Alabama. She was a graduate of the Class of 1967 at Addison High School and went on to Wallace State Community College, where she received her associate degree in nursing. She began her career as a registered nurse in nursing homes before going to work at Cullman Regional Medical Center, where she worked for 30 years.

Debbie was director of surgery for many years before becoming director of Cullman Regional Hospice. She received many awards during her career, including an award for “Most Compassionate.” She was lovingly known by many co-workers as “Boss Doss,” many of whom said she was the best boss they had ever had. Debbie had a servant’s heart, always supporting families in their time of loss, whether it was playing piano for funeral services or organizing food for the families. Debbie was very active in Vacation Bible School, including serving as Director of Vacation Bible School for the Winston Baptist Association for over six years. Debbie was a loving, compassionate person, who loved her family and friends dearly.

The family will receive friends Saturday, March 6, 2020 from noon-2 p.m. at Sardis No. 2 Baptist Church in the Sardis community, where a Celebration of Life will be at 2 p.m. Brother Delbert Freeman and Brother William McClellan will officiate.

She was preceded in death by her father Lelton Dwight Allgood, sister Beverly Denise Kullman, and grandson Chaz Smithson.