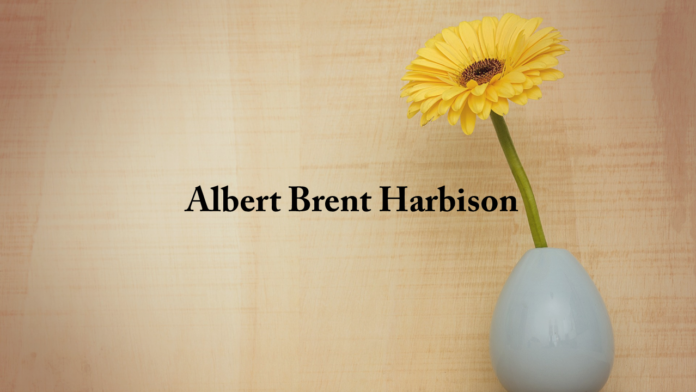 He is preceded in death by his parents Columbus “Lum” Harbison and Myrtle (Stricklin) Harbison of Ardell, AL; his son, former Mayor of Arley (2004-2012) Allan Brent Harbison (Ann); and his siblings Alvie, Truitt, Jack, Vernell Hardy and Vessie Burrow.

Brent accomplished many things during his tenure with the Town of Arley. He was a member of the incorporation team for the town in 1968 and served as councilman for the town from 1968-1972.  Brent made the decision to run for election and assumed the duties of Mayor from 1972-1984.  During his mayoral tenure the Town of Arley undertook the responsibilities of forming Arley Water Works.  Many trips were made to Montgomery for meetings with Governor George Wallace and many months were spent to secure the water rights to provide water from Lewis Smith Lake for Arley and surrounding areas.  Brent worked tirelessly through all of the Water Department’s growing pains, and there were many.  By the time he decided to pass the responsibilities on to the town’s next Mayor, the Arley Water Department was stable and successful.

Arley was a tremendous source of pride for Brent. Before the incorporation of the Town of Arley, Brent was one of the many men to log the Rim for the birth of Lewis Smith Lake.  His time was concentrated in the Clear Creek and Fall City locations.  He took great pride in the lake with which made Arley, The Heart of Smith Lake.  Brent worked in the coal mines in Cullman and Winston Counties; he also grew chickens and raised cattle.  He partnered with his sons, Philip and Allan to form Triple H Farms and they also developed successful business property in the town of Arley.  Later on, Brentwood Construction was formed and jobs secured through the State of Alabama to reclaim abandoned coal mines in addition to selling and developing properties on Smith Lake.  Many roads traveled throughout the areas of the lake were built by Brent.  Brent had tremendous work ethic, a desire to help others, his community, and instilled it in his children.

Brent was one of a handful of men to start the Chitterling Supper that is held at Meek High School and originally set to be every third Friday night in March (Winston County Chitterling Eaters Association). The purpose behind it was to raise funds for different organizations and they could all take turns with a rotation different years.  The Meek High School cheerleaders were the first to take its responsibilities in the school’s lunchroom and made a total of $30 for their work.  In past decades the Arley Rescue Squad, Arley Fire Department and the Meek High School Band shared in the rotation until which time in the 1980s the Meek High School Band of Champions, under the direction of Ken Williams, assumed the responsibilities full-time and enjoyed huge success during its long-lived hay days.  Brent was inspired by the Lions Club of Walker County and attended their Chitterling Supper for several years up until the creation of the supper in Arley.  Brent had attended all 61 suppers and was the last surviving member of the group.

Brent was also a proud and dedicated member of The Free Masons. He received his Third Degree on Feb. 4, 1956, was given his 50 year pin on Nov.16, 2006 and has been a Mason for almost 64 years.  He was also a longtime member of Meek Baptist Church.

Visitation will be Thursday, Aug. 6, 2020 from 3-5 p.m. at Meek Baptist Church where the service will be held at 5 p.m. Burial will follow in Arley United Methodist Church Cemetery.  Brother Corey Cochran, Brother Rodney Hardy and Brother Brandon Harbison will officiate.

Memories and condolences may be shared online at www.nicholsfuneralhomes.com.

Funny Things from Yesterday: I had my hearing tested