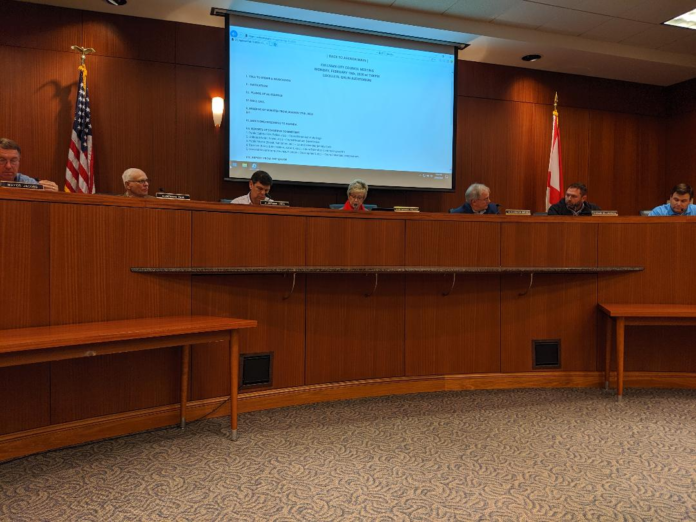 CULLMAN, Ala. – The Cullman City Council on Monday evening awarded a bid for construction of an access road from the North Alabama Fabricating Company (NAFCO) to County Road 222 to Carcel & G Construction, in the amount of $348,045. Carcel & G beat out two other bidders:

The new road will allow NAFCO direct access to County Road 222 near the Burrow property for trucks carrying heavier loads. According to Cullman Economic Development Agency Director Dale Greer, $324,000 of the project cost to the City will be paid for by a grant received from a state industrial access road fund.

Greer said that, when requesting the access road, NAFCO representatives stated the improvement will allow the company to add 30 new jobs and make a new capital investment of $1.5 million in its facility. The access road will be designated a city street, and could be used for other purposes as well.

The council also approved a tax abatement to Royal Technologies for a facility expansion expected to represent a capital investment of $2 million. The 10-year abatement will cover “all state and local noneducational ad valorem taxes, and all construction related transaction taxes, except those construction related transaction taxes levied for educational purposes or for capital improvements for education.”

According to Greer, Royal Technologies reported the expansion will create 50 new jobs over the next two years.

Mayor Woody Jacobs reported the Eva Road bridge is “very close to opening,” and the opening could take place as early as this weekend or early next week. He cautioned, though, that the rainy weather has slowed down the final steps. Rails and temporary striping have been recently installed, and the City is waiting on the installation of lights.

Police Chief Kenny Culpepper advised that the police department will have extra patrols in the area and will strictly enforce speed limits while drivers get accustomed to the new structure.

The council approved a request from Melissa Aaron of East Elementary School PTO for a special event permit to hold 1-mile and 5K fundraising color runs around East Elementary Saturday, March 14, 2020 at 7 a.m. All proceeds from the event will go toward playground equipment at East Elementary.

The council also passed a resolution supporting the 2020 Census and encouraging local residents to participate.

The resolution noted, “Receiving federal funds relies, in part, on census data and Cullman County receives federal funding to support things such as health care, education, roads, bridges, assistance programs, etc.; and . . . census data also helps determine how many seats each state will have in the U.S. House of Representatives and is used in the redistricting of state legislatures.”

The council passed a resolution to surplus lighting fixtures and other equipment damaged in the 2018 hailstorm.

The Cullman City Council meets next at 7 p.m. Feb. 17, 2020 in the city hall auditorium. The public is invited to attend.