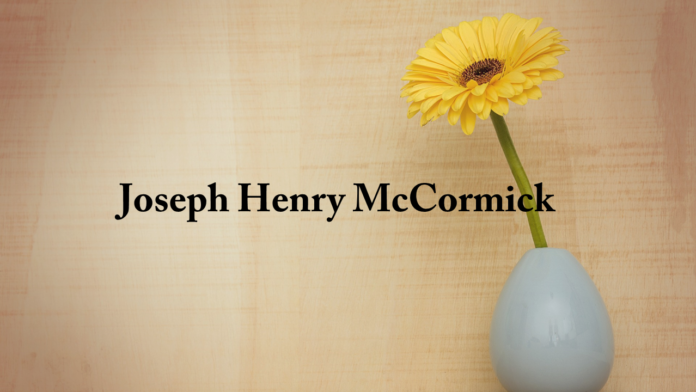 Joe was born July 29, 1940 in Cullman, Alabama to Earl and Lois McCormick.

Visitation will be Monday, Dec. 9, 2019 at Nichols Funeral Home in Addison from 11 a.m.-1 p.m., where the service will begin at 1 p.m. Burial will be at New Hope Cemetery in Cullman, Alabama. Pat Winsett will officiate.