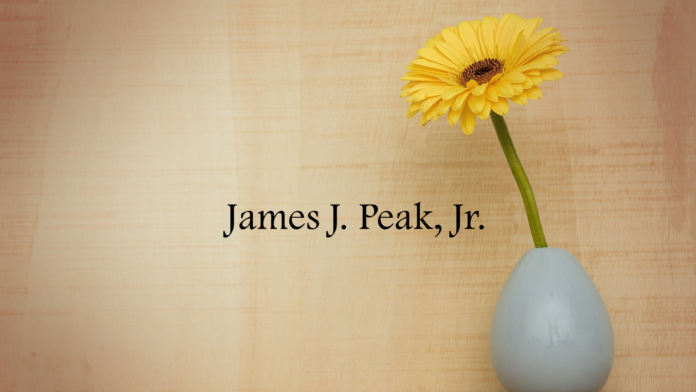 James was born on May 21, 1926 in Winston County, Alabama. As James was the youngest of 16 children, he was given the nickname, “Junior”. James graduated from Winston County High School and then attended the University of Alabama. He served in the United States Navy during World War II from 1944 to 1946. He was a member of Rock Creek Baptist Church for 70 years and he was a Sunday school teacher and deacon there for over 60 years. James was a farmer for most of his life and he was a member of the Masonic Lodge, American Legion, Alabama Farmers Federation, Alabama Cattleman’s Association, and Winston County Soil and Water Conservation District. James was Winston County Alumnus of the year in 1978 and was on the Alfa State Board of Directors. He received the Alfa Senior Leader Award in 2006, Soil and Water Conservation 51-year award, and Winston County Republican lifetime member award. James enjoyed playing with his grandchildren and great grandchildren, small game hunting, and conversations with friends and neighbors.

James Jackson Peak, Jr (or “Junior” as he was widely known by family and friends) was a lifelong resident of Winston County and farmer in the Rock Creek community. James and his wife of 70 years, Vivian, were active in all facets of community and church life. James would proudly tell the story of being the youngest of 16 children born to his parents, James J. Peak and Minnie Peak. The words of James’ father, “Whaterver you be, be honest”, and, “let your word be your bond”, formed the foundation and framework of Junior’s life.

James was a master storyteller and never seemed to meet a stranger. He loved people and delighted in “leaving them laughing” (as his brother Freeman had modeled for him years earlier). His calm and peaceful demeanor would put anyone at ease, even in the most stressful situations, and he loved making new friends. His love for service drew him into political activity, where he was active in the county’s Republican Party and twice ran for public office. Fortunately, James found his real calling on the family farm.

James was a lifelong learner, always trying to improve on his craft. He made full use of advice given through county, state, federal, and community farm agencies where he contributed countless hours of volunteer service (such as with the Soil and Water Conservation Service, Farmers Cooperative, Alabama Farmers Federation, and the Cattleman’s Association). In the latter years of his farm career, James focused on beef cattle and hay production. Dozens of young men in the community over the years often told stories of “hauling hay with Junior” and relayed humorous accounts of their farm experiences as well as life lessons gained from those interactions with James. He has served as a patient and wise mentor for many throughout the community in everyday living, as well as through his involvement with the local Masonic Lodge where he served as its leader for multiple years.

James’ success with both farming and public interaction won him the attention of the Alabama Farmers Federation (farmer-based ALFA). James was elected and served on the ALFA State Board of Directors for three years, giving him the opportunity to do what he did best: serving as an enthusiastic voice for farm families throughout Alabama! That opportunity also afforded James and his wife Vivian a chance to travel throughout the U.S. and overseas while representing the ALFA constituency. Each trip produced new tales of how James entertained the travelers with his homespun tales and country humor, giving him yet another chance to “leave them laughing!”

James was a dedicated family man who loved his wife, children, grandchildren, and great grandchildren. He provided a bright spark of hope and joy wherever he went and with whomever he met. James was a great respecter of persons no matter their life circumstances, equally comfortable in the presence of Senators and Governors or his neighborhood fellow farmers. He was a positive force in his family and throughout the community, and his impact and legacy will remain even in his absence.