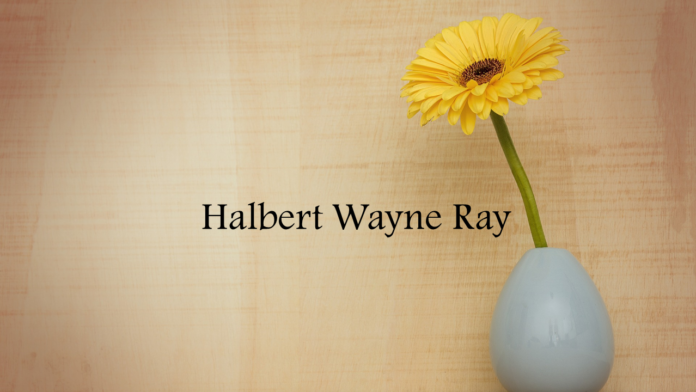 Halbert Wayne Ray, passed away on Friday, Sept. 13, 2019 at his home in Cullman, AL. at the age of 87. Wayne was born on May 29, 1932 to Monroe and Thelma Dean Ray in Cullman, AL. He attended St. Bernard College before he started working for the State of Alabama Highway Department as an engineer. Some of his notable projects were I-65 and I-565. He retired after 34 years of service in 1989. He is survived by his wife Fayra Thrasher Ray and daughters: Elisia Ferguson and Katrina Garnett; brother, Billy Joe Ray; grandsons: Joshua Ferguson and Noah Garnett and granddaughter, Savannah Garnett. The Celebration of Life Funeral Service was Monday, Sept. 16 in the chapel of Moss Service Funeral Home. Burial at Hopewell Cemetery. Moss Service Directing. In lieu of flowers, donations can be made to Lake Catoma Baptist Church or your favorite charity.