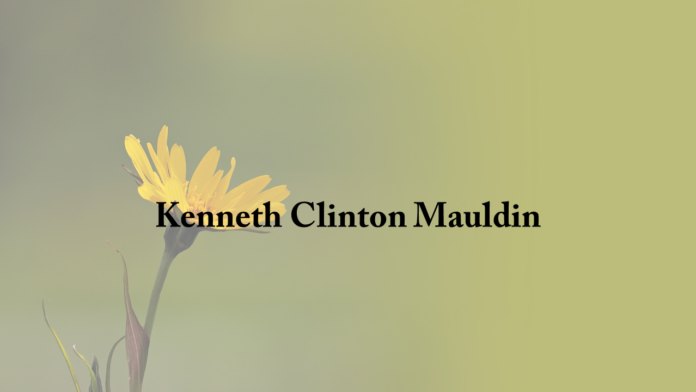 Survivors include his sons William Benjamin Mauldin and Thomas Ray Mauldin (Rebecca) granddaughter Rachel Elinor Mauldin and grandson Benjamin Rudd Mauldin; and a host of other beloved family and friends.

The family will receive friends on Friday, May 17, 2018 at Lemley Funeral Home in Oneonta from 11 a.m. until 12:30 p.m. A graveside service will be held at Marvin’s Chapel Cemetery at 1 p.m. in Pinson on Friday following the visitation, with Gail Hodge officiating.

In lieu of flowers donations may be made to the Palmerdale United Methodist Church.